DES MOINES, Iowa (AP) — A federal appeals court on Monday upheld an eight-year prison sentence for an environmental activist who tried to sabotage the construction of the Dakota Access Pipeline. 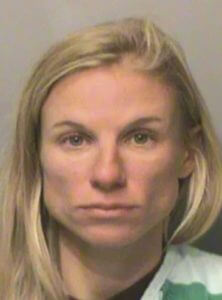 Jessica Reznicek pleaded guilty in June 2021 to a charge of conspiracy to damage an energy facility for vandalizing construction sites on the 1,200-mile (1,930-kilometer) pipeline in 2016 and 2017.

Iowa U.S. District Judge Rebecca Goodgame Ebinger included a terrorism-related enhancement in her sentencing, finding that the crime was “calculated to influence or affect the conduct of government.” Reznicek appealed that enhancement, arguing that she was acting against a private company.

But the appeals court found that “any error was harmless” in Ebinger’s sentencing because the judge had noted she would have imposed the eight-year sentence regardless of the terrorism enhancement, the Des Moines Register reported.

An attorney for Reznicek declined to comment on the court’s decision.

Ruby Montoya, another activist who acted with Reznicek, has pleaded guilty to a charge in the incident. But she has attempted to withdraw that plea, arguing she was unfairly pressured into entering it.