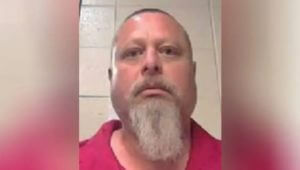 According to court records, Bradley Rozzi of Hillis, Hillis, Rozzi and Dean is the lead attorney on the case.

The law firm confirmed this with WRTV.

Less than a week ago, Allen requested a public defender in a letter to the court.

Allen wrote that he is “throw(ing) (himself) at the mercy of the court,” adding, “I am begging to be provided with legal assistance in a public defender or whatever help is available.”

The letter states that Allen indicated at an Oct. 28 initial hearing that he would hire private counsel. It adds, “However, at the time I had no clue how expensive it would be just to talk to someone.”

It goes on to mention specifics about his and his wife’s financial situation and fear for safety following his recent arrest.

This story was originally published Nov. 14 by WRTV in Indianapolis, an E.W. Scripps Company.