The call came Thursday, only a day after the Johnny Depp-Amber Heard verdict, to a free legal clinic for domestic violence victims in Athens, Georgia. The woman wanted to pursue her abuse claims, but she was worried.

“The fear was that she’d be seen to be a liar like Amber Heard,” clinic director Christine Scartz said of the woman – the first caller to directly mention the verdict. “People do not want to give the most intimate details of their personal life and then be called a liar.” 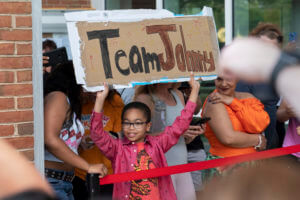 Paul Nabinett, 9, holds up a sign as supporters of actor Johnny Depp react as the verdict is announced in Depp’s libel lawsuit against ex-wife Amber Heard outside the Fairfax County Courthouse Wednesday, June 1, 2022 in Fairfax, Va. A jury awarded Johnny Depp more than $10 million on Wednesday in his libel lawsuit against ex-wife Amber Heard, vindicating his stance that Heard fabricated claims that she was abused by Depp before and during their brief marriage. (AP Photo/Craig Hudson)

Scartz is among advocates and legal experts who fear that the case – unique as it was for its celebrity lineup, sordid revelations, mutual claims of abuse, and relentless misogyny on social media – will have a real-world chilling effect on women coming forward with abuse claims. The jury, with five men and two women, mostly sided with Depp in the dueling defamation case, ordering Heard to pay him $10 million to the $2 million he must give her.

Although jurors were considering civil libel claims and not criminal abuse charges, the verdict largely vindicated Depp’s allegations that Heard lied about abusing her. During testimony, Heard detailed dozens of instances of assault, and Depp emphatically denied ever abusing her. In 2020, a U.K. judge in a civil libel case found that Depp assaulted Heard on a dozen occasions.

For Scartz, who directs the clinic at the University of Georgia’s law school, the concern is about the assumptions some will make that women are lying. She fears abusers may be newly emboldened to paint their accusers as liars in retaliation for them coming forward.

Not all experts fear a chilling effect or, as some have framed it, a threat to the #MeToo movement. Debra Katz, a Washington employment attorney and perhaps the nation’s most prominent #MeToo lawyer, said the Depp case was one of a kind, “a thing of itself – who these people were, and the dysfunction in their marriage and the craziness that took place between them. And this was really driven by celebrity.” 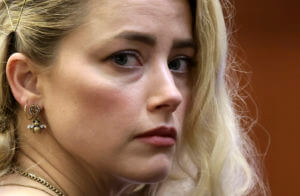 Actor Amber Heard waits before the verdict was read at the Fairfax County Circuit Courthouse in Fairfax, Va, Wednesday, June 1, 2022. The jury awarded Johnny Depp more than $10 million in his libel lawsuit against ex-wife Amber Heard. It vindicates his stance that Heard fabricated claims that she was abused by Depp before and during their brief marriage. But the jury also found in favor of Heard, who said she was defamed by a lawyer for Depp.(Evelyn Hockstein/Pool via AP)

Still, Katz, who has represented accusers of Brett Kavanaugh, Andrew Cuomo and others, considers the case a setback, because it “unfortunately taps into misogyny that already exists, and it’s terrible that Amber Heard was put through the kind of character assassination, the smear job that she was put through.”

During the trial, users of TikTok and Twitter vilified Heard in memes and videos, some using court footage. The social media content, viewed billions of times, blasted her as a liar, an abuser, and a “fake” crier. #AmberIsALiar and other hashtags became popular search terms.

TikTok has tallied nearly 20 billion views for the hashtag #JusticeForJohnnyDepp, compared with some 78 million for #JusticeForAmberHeard. That amounts to more than 250 posts supporting Depp for each one supporting Heard.

What’s clear, Katz said, is “there is still misogyny, deep misogyny in the world, and it still pervades our justice system.” However, she said, one shouldn’t assume women won’t come forward in other cases.

And she said a more important gauge of the #MeToo movement’s durability lies in a court decision that came Thursday, a day after the Depp verdict: Harvey Weinstein’s loss of his appeal of his rape conviction in New York and 23-year prison sentence. In that case, she said, jurors “saw through every single sexist argument that Harvey Weinstein’s lawyers made about these women. That’s a much more consequential jury verdict and court victory than anything this Depp-Heard thing suggests.” 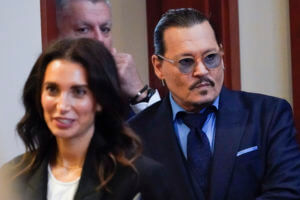 Actor Johnny Depp arrives in the courtroom for closing arguments at the Fairfax County Circuit Courthouse in Fairfax, Va., Monday, May 27, 2022. Depp sued his ex-wife Amber Heard for libel in Fairfax County Circuit Court after she wrote an op-ed piece in The Washington Post in 2018 referring to herself as a “public figure representing domestic abuse.” (AP Photo/Steve Helber, Pool)

The organization metoo.International – launched by Tarana Burke, who coined the phrase decades ago through her work with survivors of sexual violence – has rejected efforts to connect the Depp-Heard trial and the movement.

“The way in which #MeToo has been co-opted and manipulated during the Johnny Depp vs. Amber Heard trial is a toxic catastrophe and one of the biggest defamations of the movement we have ever seen,” the group said in a statement issued before the verdict.

“What we experienced in the Depp-Heard trial was a public retelling of intimate partner violence between two privileged white celebrities,” it said, while also decrying “the public humiliation and harassment” heaped onto Heard.

Law professor Mary Anne Franks tried to avoid coverage of the trial, only to find herself barraged by “these really terrible, out-of-context, completely distorted types of takes” whenever she peeked online. She can’t help but wonder whether jurors — who weren”ot sequestered, and could use their phones when not in court — caught them, too.

“It’s crazy to think they are not going to be influenced by what’s happening on social media,” said Franks, a University of Miami law professor who studies the intersection of civil rights and technology.

Social media, Franks added, amplified the power imbalance between the wealthier, beloved actor and his less famous ex-wife. And the trial came at a critical cultural moment, she noted, as the progress women have made in the last 50 years is increasingly under threat, and the #MeToo movement faces backlash.

“When men are being held to account, that resentment, that rage, it might simmer for awhile, but it’s going to bubble over after at some point, and I think a lot of people were channeling these emotions through this case,” Franks said.

While the jury deliberated, the streets outside the Fairfax, Virginia, courtroom became a pro-Depp carnival. The spectacle included a retired detective sporting a pirate hat to pay homage to his Jack Sparrow character and the arrival of a flatbed truck bearing a “Pirates of the Caribbean” vessel.

During the six-week trial, the national organization RAINN, which combats sexual violence, noted a striking increase in calls to its hotline. It says it provided help to 28% more people in May 2022 than in May 2021, a spike it attributes to news coverage. On verdict day, it served 35% more people than on the average Wednesday, spokeswoman Erinn Robinson said.

Washington lawyer Joseph Cammarata, who represented seven women in a successful defamation suit against Bill Cosby, and Paula Jones in a lawsuit against President Bill Clinton that included a defamation claim, closely followed the courtroom action. He said he understands sex assault victims are increasingly concerned they could be sued if they come forward. But he believes the truth can still prevail.

The trial pitting Heard against Depp, he said, reflected only their relationship and doesn’t mean that in all cases, the accused now has an advantage.

“It is a story of these two people,” he said of the trial. “A public story about their private life.”

“And a woman who feels aggrieved, should have an opportunity … to have her day in court. Her case will be judged on the facts of that case, not on Johnny Depp’s case, not on any other case, but on her case.”

But Scartz, at the Georgia clinic, worries that the accused may decide it’s worth it to “to take a chance, roll the dice and call her a liar. See what happens, you know? You don’t lose anything at this point.

“Those of us who work on the front lines of all of these sorts of cases … we will do our best to convince our clients to go ahead and seek the relief that they need. But we’ll see. We may never be able to definitively say this had an effect, because you don’t know who isn’t calling you.”

Dale reported from Philadelphia and Noveck from New York. 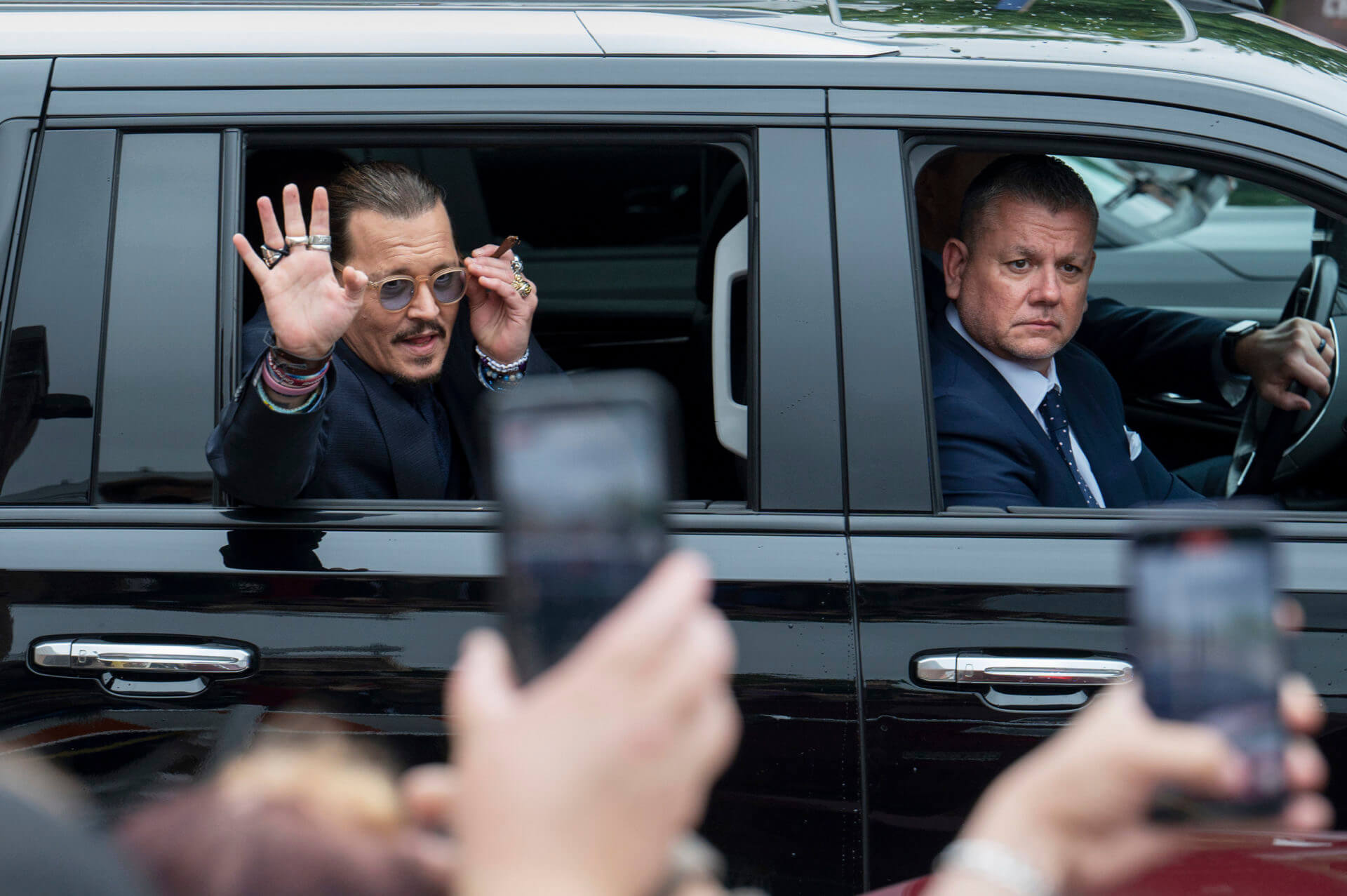