LANSING, Mich. (AP) — Michigan’s attorney general said Tuesday her office will review events that occurred before the mass shooting that left four students dead at Oxford High School, despite the district’s rejection of her offer to be its third-party investigator.

“What we can’t do is nothing. It’s not appropriate,” Dana Nessel told reporters, calling the week-old attack a “tragedy on every level. I really do think it’s incumbent upon the Michigan Department of Attorney General and the top law enforcement official in the state to conduct a further review.” 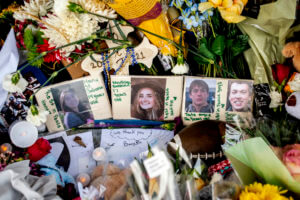 She again said she does not want to point fingers at school officials but that an investigation will identify the best practices and policies to prevent further violence.

“We really might need to revise the way that all school districts operate,” said Nessel, who plans to meet with students, parents, educators and others in Oxford Township, a community of about 23,000 people roughly 30 miles (50 kilometers) north of Detroit. “It could very well be that this school district was operating to the best of its ability and (following) all the up-to-date standards and protocols, but those just fall short. … We don’t know that until we take a closer look.”

Throne wrote in a statement over the weekend that the district has “asked an independent security consultant to review all district safety practices and procedures. An initial review including review of videotaped evidence show staff and students’ response to the shooter was efficient, exemplary and definitely prevented further deaths and injuries.”

The district has not identified who is conducting the review and has not responded to a request for information from The Associated Press.

Oakland County Prosecutor Karen McDonald, who is overseeing the criminal case against the student accused in the Nov. 30 shooting and who took the rare step of charging his parents, has left open the possibility that school officials may also face charges.

Three hours before Ethan Crumbley allegedly opened fire, killing four fellow students and wounding six others and a teacher, the 15-year-old was sent back to class after a meeting between school counselors and his parents over a drawing a teacher found on his desk that included a bullet and the words “blood everywhere.”

Defense attorney Paulette Michel Loftin told The Associated Press on Tuesday that she had met twice with Ethan Crumbley since being appointed as his lawyer. Loftin said she told him that both of his parents had been charged and jailed. She declined to share the substance of their conversations.

Loftin said she had requested and was awaiting discovery on the case from the prosecutor’s office.

“I only know what’s been said on the news,” she said. The discovery “simply is just not ready yet. There are thousands and thousands of pages. All of those pages have to be gone through and redacted. That takes time.”

Throne said Crumbley and his parents met with counselors on the day of the shooting. He said counselors found the teen “calm” and did not believe he would harm others. The parents, Jennifer and James Crumbley, were asked to take their son home but “flatly refused,” Throne said.

Ethan Crumbley has been charged as an adult with murder, terrorism and other crimes in the attack. And McDonald filed involuntary manslaughter charges against his parents, saying they failed to intervene on the day of the tragedy despite being confronted with the drawing and its disturbing message.

McDonald has said Crumbley’s parents did not mention during the meeting at the school that he had access to a 9mm semi-automatic pistol his father bought for him days earlier.

Reviews of mass school shootings are not unusual.

After the 2018 massacre of 17 students and staff at Marjory Stoneman Douglas High School in Florida, the Legislature and governor quickly formed a commission to recommend improvements to school safety. The panel interviewed hundreds of witnesses, reviewed documents and physical evidence, and looked over transcripts of interviews conducted by investigators following the shooting. One major takeaway was that most Florida schools did not take security seriously and manipulated reports.

Jared Moskowitz, ex-director of Florida’s Division of Emergency Management and a former state lawmaker, helped draft the legislation creating the commission. He said both the Parkland and Oxford shootings were “preventable events.”

“The shooting in Michigan shows many similarities. There were warning signs. There were conversations,” he said.

Moskowitz said he has no problem with an entity like Oxford’s school board doing an internal investigation into events prior to the shooting, but a commission should be set up that is separate and have subpoena power.

“There has to be a review,” he said. “What policies and procedures were in place? Were they adhered to? What breakdowns were there? What did they know and when did they know it?”

Vanderbilt University sociology professor Jonathan Metzl, director of the school’s Department of Medicine, Health and Society, said “a review can mean different things. It really depends on how transparent it is and how honest it is … the possibility of a useful review highlighting how we stop it from happening again, or it can be a whitewash.” 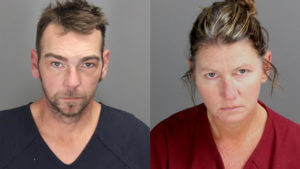 He said the district’s statement on an independent review “was written in a way that was pretty transparent. A lot of times consultants are brought on to protect from liability. The best safety plan in the world is not going to work if the parent is arming the kid and sending him to school with a gun.”

The attorney general, a Democrat, has expressed concerns that when institutions hire outside firms to conduct reviews, it can serve to cover up mistakes or shield them from lawsuits.

“I want to give a little grace to the Oxford Community Schools right now. They have a lot going right now. I have every expectation that eventually they’ll want to work with us and cooperate,” Nessel said.