FAIRFAX, Va. (AP) — Actor Johnny Depp told jurors Tuesday that he felt compelled to sue his ex-wife Amber Heard for libel out of an obsession for the truth after she accused him of domestic violence.

“My goal is the truth because it killed me that all these people I had met over the years … that these people would think that I was a fraud,” he said.

Depp flatly denied ever hitting Heard, calling the domestic allegations against him disturbing, heinous and “not based in any species of truth.”

“Nothing of the kind ever happened,” Depp said in court. 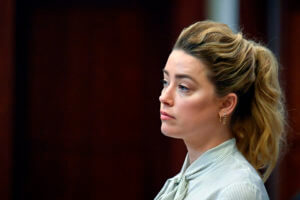 Actress Amber Heard appears in the courtroom during a hearing at the Fairfax County Circuit Court in Fairfax, Va., Tuesday April 19, 2022. Actor Johnny Depp sued his ex-wife Heard for libel in Fairfax County Circuit Court after she wrote an op-ed piece in The Washington Post in 2018 referring to herself as a “public figure representing domestic abuse.” (Jim Watson/Pool Photo via AP)

Alluding to the fall his career has taken since Heard levied abuse allegations against him, the former “Pirates of the Caribbean” star said, “it’s been six years of trying times. It’s very strange when one day you’re Cinderella, so to speak, and then in 0.6 seconds you’re Quasimodo.”

For the first hour-plus of testimony Tuesday, Depp gave long, stream-of-consciousness answers to questions about his childhood and his early movie career, speaking in his signature deep baritone. After one long answer, he admitted: “I forgot what the original question was.”

But he said he’d been waiting for six years to tell his side of the story after Heard filed for divorce against him in 2016 and sought a restraining order against him.

The trial began more than a week ago, but, prior to Tuesday, jurors had only seen the Hollywood star sitting silently with his team of lawyers as each side has tried to embarrass the other in a trial that Heard’s lawyers accurately predicted would turn into a mudslinging soap opera.

After denying Heard’s abuse allegations, Depp spoke at length about a childhood in which physical abuse from his mother was “constant.” The abuse came in the form of ashtrays being flung or a high-heeled shoe or telephone being used to beat him, Depp said. When he became a father, Depp said, he made sure his children didn’t experience that kind of upbringing. 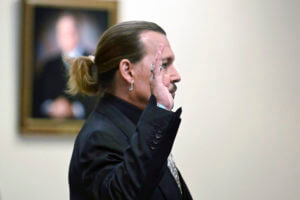 Actor Johnny Depp is sworn in during a hearing at the Fairfax County Circuit Court in Fairfax, Va., Tuesday April 19, 2022. Actor Johnny Depp sued his ex-wife Heard for libel in Fairfax County Circuit Court after she wrote an op-ed piece in The Washington Post in 2018 referring to herself as a “public figure representing domestic abuse.” (Jim Watson/Pool Photo via AP)

In terms of Heard, Depp said she seemed “too good to be true” at the beginning of their relationship.

“She was attentive,” Depp said of the woman he married in 2015. “She was loving. She was smart. She was kind. She was funny. She was understanding … We had many things in common, certain blues music … literature.”

But Depp said that within a year and a half, it was as if Heard had become another person.

Meanwhile, jurors have seen text messages in which Depp used vulgar language to describe Heard and spelled out his desire to get revenge against her. Heard’s lawyers have said he physically and sexually assaulted her on multiple occasions, often in situations where he drank so much he later blacked out.

The lawsuit itself is supposed to be over whether Heard libeled Depp when she wrote a 2018 op-ed piece in The Washington Post about domestic violence. In the article, Heard referred to herself as a “public figure representing domestic abuse.”

She never mentioned Depp by name, but Depp and his lawyers said it was a clear reference to accusations Heard made in 2016 when the couple divorced and she sought a restraining order against him.

Heard’s lawyers, who have filed their own countersuit against Depp, said nothing in the article libels him. They say the abuse allegations are true, and that the damage to Depp’s reputation — which he says got him booted from the lucrative “Pirates of the Caribbean” movie franchise — came from his own bad behavior.

Depp’s testimony is expected to stretch into Wednesday. Heard is scheduled to testify later in the trial.
___
Associated Press writer Ben Finley in Norfolk, Virginia, contributed to this report. 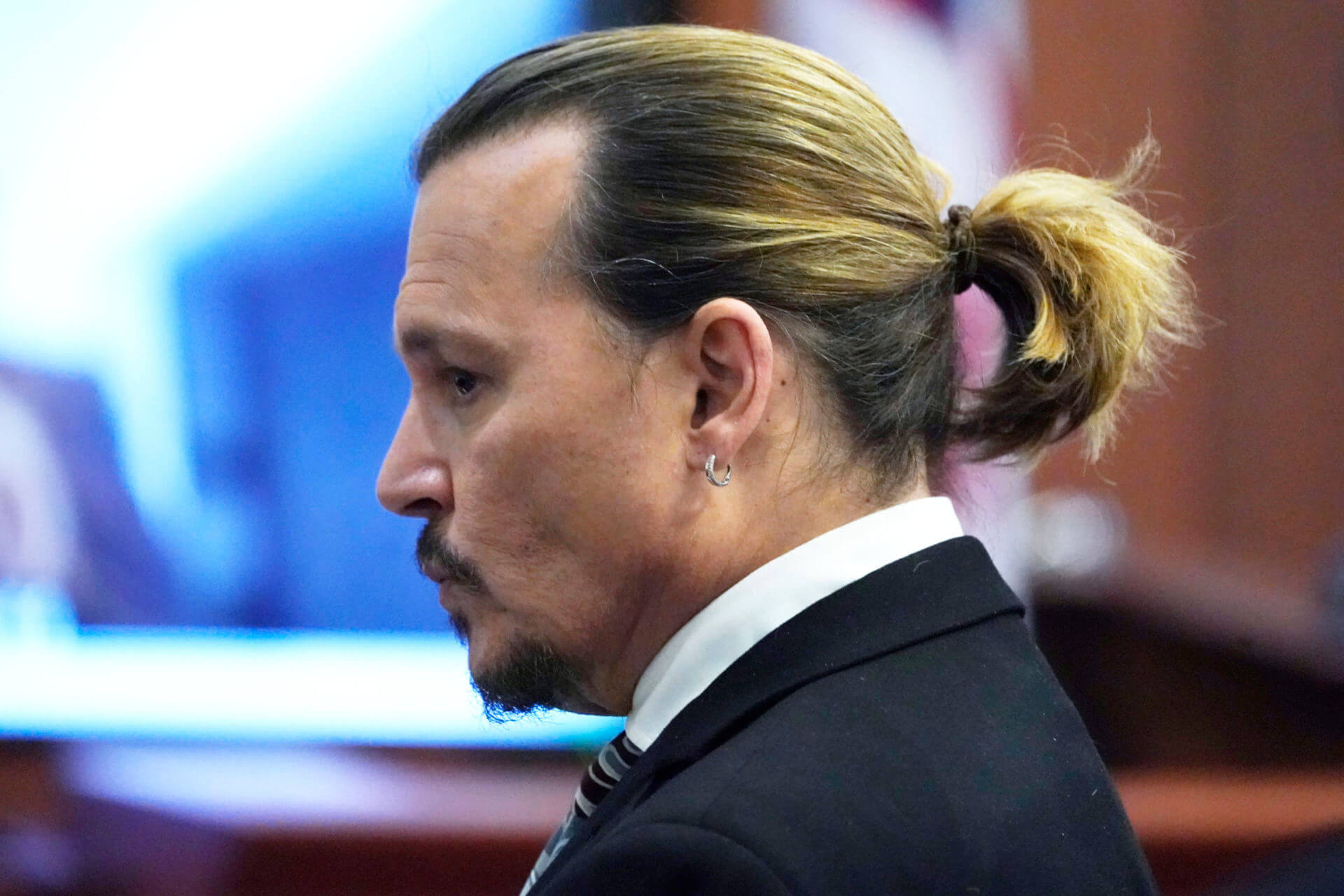 Actor Johnny Depp waits for the jury to come in the courtroom after a break, at the Fairfax County Circuit Courthouse in Fairfax, Va., Monday April 18, 2022. Depp sued his ex-wife Amber Heard for libel in Fairfax County Circuit Court after she wrote an op-ed piece in The Washington Post in 2018 referring to herself as a "public figure representing domestic abuse." (AP Photo/Steve Helber, Pool)
MORE NEWS