FAIRFAX, Va. (AP) — A seven-person civil jury in Virginia will resume deliberations Tuesday in Johnny Depp’s libel trial against Amber Heard. What the jury considers will be very different from the public debate that has engulfed the high-profile proceedings. 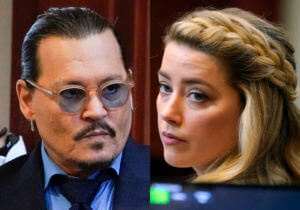 For six weeks, testimony focused on details of alleged abuse that Heard says she suffered at the hands of Depp. Heard has outlined more than a dozen specific instances where she says she was assaulted by Depp.

Depp has denied any physical or sexual abuse, and says Heard concocted the claims to destroy Depp’s reputation. Depp’s legions of online fans have focused on their belief that Heard has been untruthful, and that that will determine the outcome.

But the case itself is a defamation claim. Depp sued Heard for libel — for $50 million — in Fairfax County Circuit Court over a December 2018 op-ed she wrote in The Washington Post describing herself as “a public figure representing domestic abuse.”

That article never even mentions Depp by name, but his lawyers say he was defamed nonetheless. Most of the article discusses public policy as it relates to domestic violence, and Heard’s lawyers say she has a First Amendment right to weigh in.

“The First Amendment doesn’t protect lies that hurt and defame people,” she said.

Depp’s lawyers point to two passages in the article that they say clearly refer to Depp.

In the first passage, Heard writes that “two years ago, I became a public figure representing domestic abuse, and I felt the full force of our culture’s wrath.” Depp’s lawyers call it a clear reference to Depp, given that Heard publicly accused Depp of domestic violence in 2016 — two years before she wrote the article.

In a second passage, she states, “I had the rare vantage point of seeing, in real time, how institutions protect men accused of abuse.” (Depp’s lawyers are also seeking damages over a headline that appeared above the online version of the article, even though Heard didn’t write it.)

The jury, which has to come to a unanimous decision for a verdict, must decide whether those passages in the Post are defamatory. And the verdict form gives them step-by-step instructions on how to determine that. 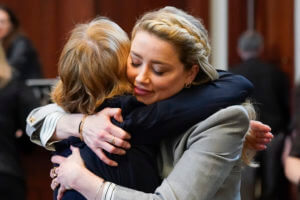 Actor Amber Heard hugs her attorney Elaine Bredehoft after closing arguments at the Fairfax County Circuit Courthouse in Fairfax, Va., Friday, May 27, 2022. Actor Johnny Depp sued his ex-wife Amber Heard for libel in Fairfax County Circuit Court after she wrote an op-ed piece in The Washington Post in 2018 referring to herself as a “public figure representing domestic abuse.” (AP Photo/Steve Helber, Pool)

Heard’s lawyers say they have presented a mountain of evidence that Heard was abused. But they say that even if the jury were somehow to believe that she was never abused even a single time, she should still prevail in the lawsuit.

That’s because libel law spells out several factors that must be considered. First, the alleged defamatory statements have to be about the plaintiff. Heard’s lawyers said the article is not about Depp at all. He’s not mentioned, and they say the focus is on Heard’s experience about the aftermath of speaking out. Those statements remain objectively true even if she wasn’t in fact abused, her lawyers contend.

Depp’s lawyers, though, say the two passages are clear references to Depp, given the publicity that surrounded their 2016 divorce proceedings.

In addition, because Depp is a public figure, Heard can only be found guilty of libel if the jury decides that Heard acted with “actual malice,” which requires clear and convincing evidence that she either knew what she was writing was false or that she acted with reckless disregard for the truth.

Heard lawyer J. Benjamin Rottenborn said during Friday’s closing arguments that Heard carefully reviewed drafts of the article — the first draft was written not by her, but by the American Civil Liberties Union — with her lawyers to make sure that what was written passed legal muster. Rottenborn said that fact alone is sufficient proof that she didn’t act with actual malice.

As for the abuse itself, Depp’s lawyers tried to suggest to the jury that if they think Heard is lying or embellishing any of her abuse claims, that she can’t be trusted and that all of her abuse claims must be dismissed as untrustworthy.

“You either believe all of it, or none of it,” Vasquez said. “Either she is a victim of ugly, horrible abuse, or she is a woman who is willing to say absolutely anything.”

In Heard’s closing, Rottenborn said the nitpicking over Heard’s evidence of abuse ignores the fact there’s overwhelming evidence on her behalf and sends a dangerous message to domestic-violence victims.

And he rejected Vasquez’s suggestion that if the jury thinks Heard might be embellishing on a single act of abuse that they have to disregard everything she says. He said Depp’s libel claim must fail if Heard suffered even a single incident of abuse.

“They’re trying to trick you into thinking Amber has to be perfect to win,” Rottenborn said. 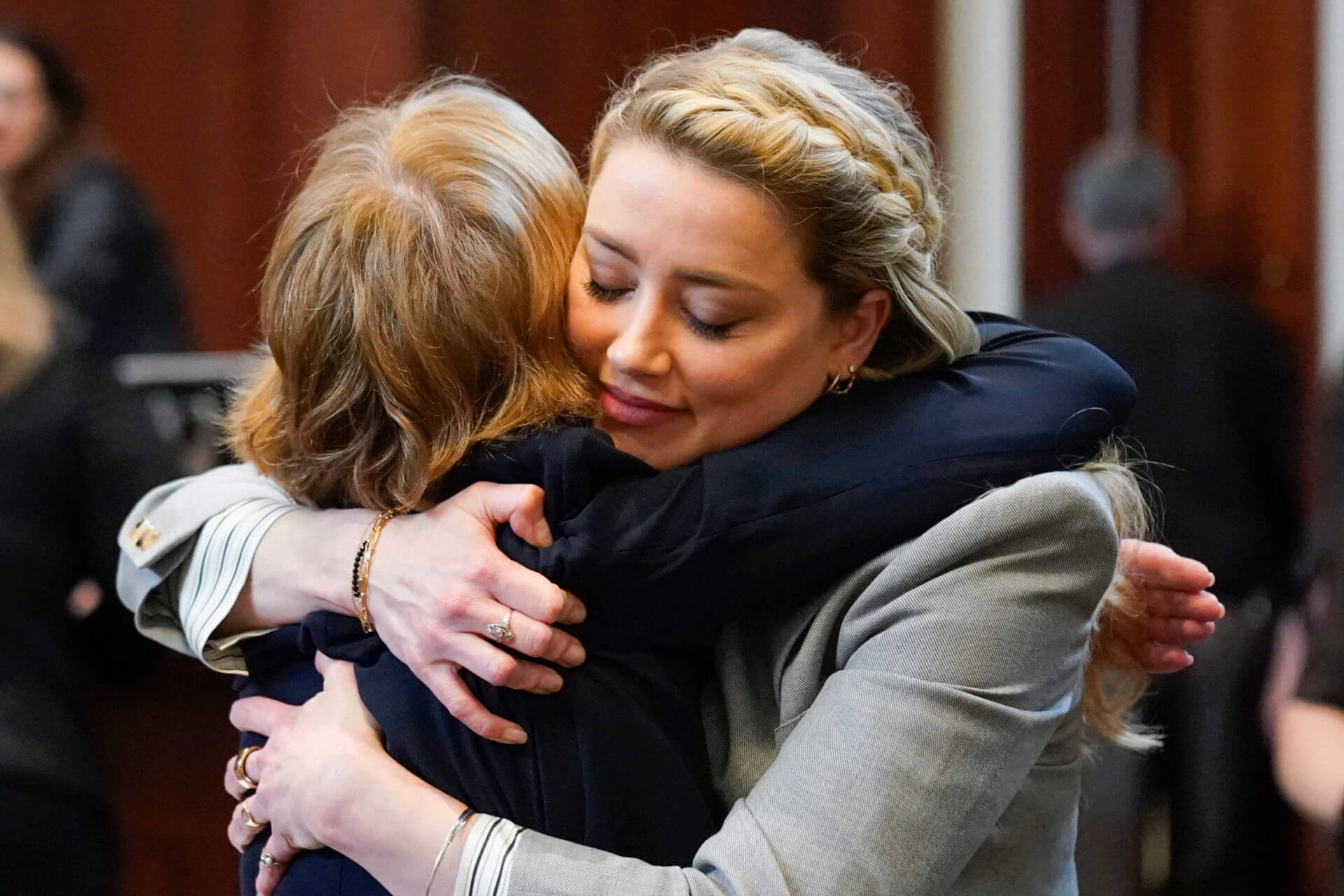