MADISON, Wis. (AP) — The Wisconsin Supreme Court grappled Tuesday with whether to allow a woman accused of killing a man to argue at trial that the homicide was justified because she was a sex trafficking victim in a case that could help define how far immunity extends for trafficking victims across the country.

Prosecutors allege Chrystul Kizer shot Randall Volar in the head at his Kenosha home, burned down the house and stole his BMW in 2018. 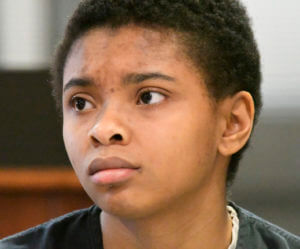 FILE – Chrystul Kizer sits in the Kenosha County Courthouse on Thursday, Feb. 6, 2020. The Wisconsin Supreme Court is set to decide whether Kizer, who killed a man can find shelter in a state law that absolves sex trafficking victims of their crimes. Prosecutors in Kenosha charged Chrystul Kizer in 2018 with homicide in Randall Volar’s death. A circuit judge rejected Kizer’s attempt to use a 2008 Wisconsin law that absolves sex trafficking victims of crimes committed while they’re being trafficked, saying it would be absurd to extend it to homicide.(Paul Williams/The Kenosha News via AP, File)

Kizer, who was 17 at the time of the shooting, contends she met Volar on a sex trafficking website and he went on to sexually assault her and traffic her to others. She told detectives she shot Volar after he tried to touch her, according to a criminal complaint. Charges she faces include arson, theft and first-degree intentional homicide.

>>>READ MORE: Should a sex trafficking defense apply in a homicide case?

Kizer’s attorneys want to argue that Kizer’s actions were justified under a 2008 state law that absolves sex trafficking victims of any offenses committed as a result of being trafficked. Almost 40 states have passed laws that provide sex trafficking victims at least some criminal immunity, according to Legal Action of Wisconsin, which provides legal assistance to the poor.

An appellate court in June ruled Kizer could make that case to the jury. Prosecutors appealed to the state Supreme Court, contending the immunity statute can’t possibly extend to homicide.

“The Legislature chose (the wording of) ‘any offense,'” York said. “They certainly could have limited (immunity) to certain types of crimes, but they did not do so.”

Assistant Attorney Timothy Barber said York’s interpretation would create an unprecedented expansion of self-defense doctrine by removing any questions about whether killing someone was reasonable or necessary.

“This can’t be what the Legislature intended,” Barber said. “The state does not believe that killing someone to get out of a trafficking situation is what’s contemplated under the statute.” 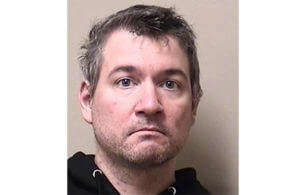 This booking photo provided by Kenosha County Sheriff’s Department taken on Feb. 22, 2018 shows Randall Volar. The Wisconsin Supreme Court is set to decide whether a woman who killed Volar can find shelter in a state law that absolves sex trafficking victims of their crimes. Prosecutors in Kenosha charged Chrystul Kizer in 2018 with homicide in Randall Volar’s death. A circuit judge rejected Kizer’s attempt to use a 2008 Wisconsin law that absolves sex trafficking victims of crimes committed while they’re being trafficked, saying it would be absurd to extend it to homicide. (Kenosha County Sheriff’s Department via AP)

He also argued that the shooting wasn’t a direct result of trafficking because Kizer traveled to Kenosha to see Volar and had time to contemplate shooting him.

York insisted most of the evidence in the case hasn’t emerged yet and a jury should be allowed to decide how closely the shooting and the alleged trafficking were connected.

The justices appeared to wrestle with the concepts. Patience Roggensack, a conservative, said the law does seem to trample established self-defense doctrine. She called it “a real conundrum” and Kizer’s case “really bad for me.”

“You’re telling us this is stronger than self-defense,” Roggensack said. “(Kizer) doesn’t have to prove there’s no other way around the bush when she shot him in the head. She had an absolute privilege to do it under the statute.”

Jill Karofsky, who directed the state Justice Department’s Office of Crime Victim Services before becoming a judge, responded to Barber’s arguments that the shooting wasn’t a direct result of trafficking with disbelief, telling him that trafficking isn’t a one-time crime and a victim can be trapped in it for years.

“I think what the other side is saying is it’s a direct result out of these years of abuse,” said Karofsky, a liberal. “I don’t understand. Your argument doesn’t make any sense to me.”

The Associated Press does not typically identify people who say they are victims of sexual assault, but Kizer discussed her case in an interview from jail with The Washington Post that was published in 2019.

It’s unclear when the justices might rule. Their decision could set a precedent for how far criminal immunity extends in other states, according to legal experts.

More than a dozen anti-violence groups from around the country have filed briefs supporting Kizer. They contend that trafficking victims may feel they have to take matters into their own hands to escape.