HOWARD COUNTY, Md. (WMAR) — The man who pleaded guilty in a 40-year-old cold case in Howard County, Maryland has been sentenced. 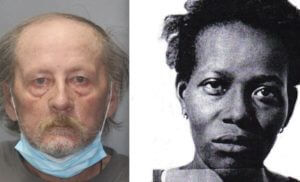 64-year-old Howard Jackson Bradberry received a 25-year prison sentence in a kidnapping case dating back to the early 80’s.

On March 29, 1982, witnesses say they saw 28-year-old Laney Lee McGadney being abducted as she walked. Her body was found in a vacant lot.

The investigation showed that she had been raped and stabbed to death.

The case went without answers until early 2021 when DNA results performed on items discarded at the scene linked Bradberry to the crime.

“I want to thank Howard County police and our prosecutors for working so diligently on this case,” Howard County State’s Attorney Rich Gibson said. “We know today’s sentencing cannot bring back the matriarch of this family, but we do hope it provides some much-needed closure for her 4 kids, 22 grandchildren and 4 greatgrandchildren knowing Bradberry will spend the rest of his life in prison for the innocent life he took and heinous crime he committed.”

This story was originally published Jan. 6, 2023 by WMAR in Baltimore, an E.W. Scripps Company.