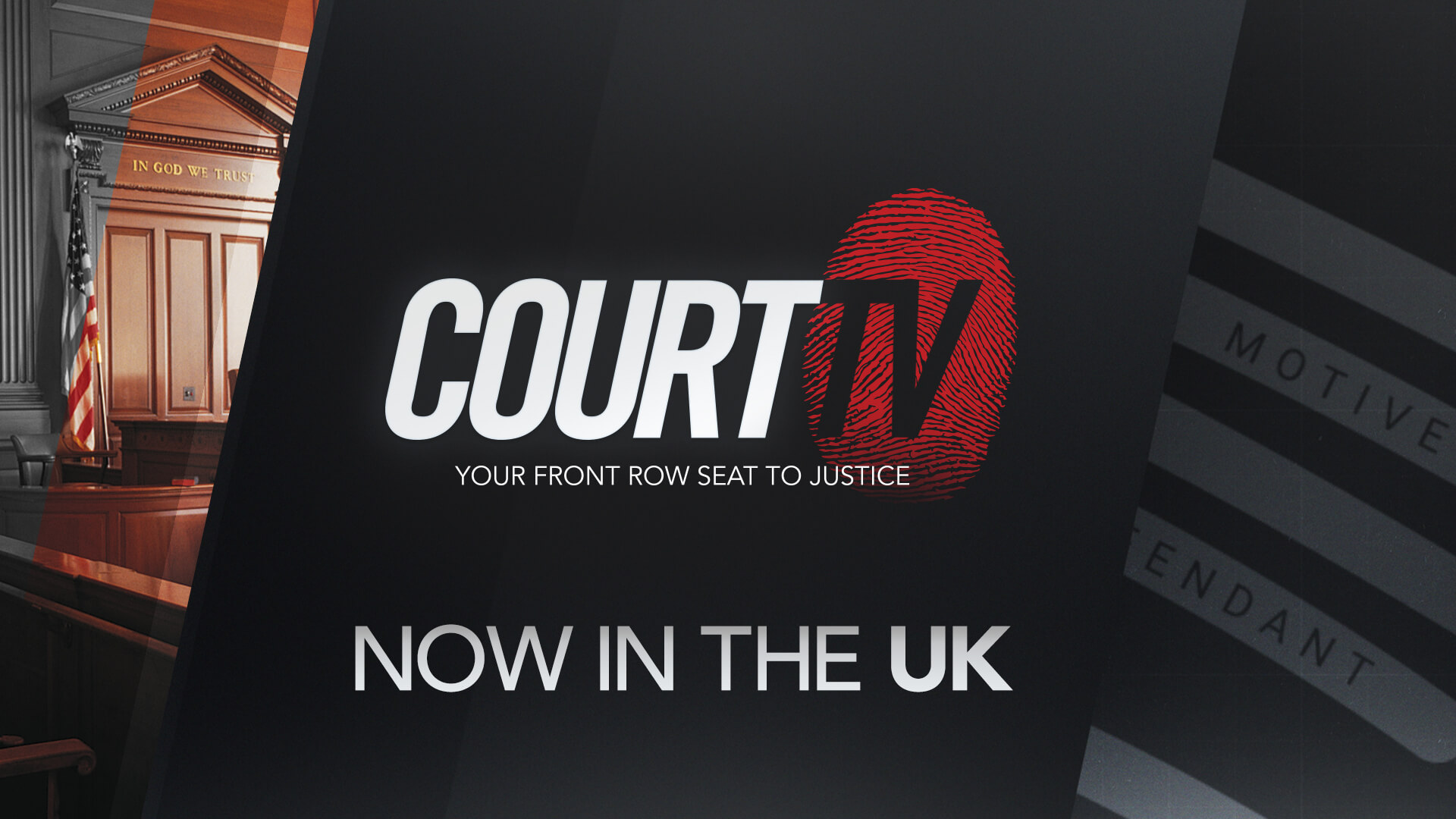 ATLANTA – The high-stakes, real-life dramas of the most gripping criminal trials in the U.S. now have an international audience as Court TV launches in the United Kingdom.

Building on its popularity with U.S. audiences and advertisers, Court TV’s U.K. channel provides viewers access to, and expert analysis of, the most explosive true-life courtroom dramas taking place in the U.S. today, from opening proceedings, gavel-to-gavel, all the way through to the verdict. Daytime trial coverage in the U.S. will air in primetime in the U.K. given the time difference. (View a promo of the Court TV here.)

Court TV’s on-air team of anchors, legal correspondents and veteran crime and justice journalists – all of whom are lawyers – offer daily insight and analysis, joined by America’s brightest attorneys, most experienced investigators and experts who provide legal views, opinion, discussion and debate. For U.K. audiences, Court TV also is planning content to explain the differences between the two country’s systems, including why cameras are allowed in courtrooms in the U.S. but not in the U.K.

“There’s been nothing like Court TV in the United Kingdom until now,” said Jonathan Katz, president and CEO of Katz Networks, part of The E.W. Scripps Company (NASDAQ: SSP), which owns Court TV. “American crime dramas have long been a staple on television worldwide, including the U.K., while global consumer interest in the real-life drama of true-crime programming has skyrocketed, with American reality crime content as the most-watched. Court TV is the only network covering these cases and these events live, as they happen, from start to finish. We anticipate viewers in the U.K. will embrace having a front-row seat to American criminal justice.”

For nearly two decades through 2008, the original Court TV brought some of the country’s most notorious courtroom dramas into American living rooms. Continuing that legacy, Katz Networks and Scripps rebooted Court TV in May 2019 to provide transparency into the U.S. courts system, delivering dramatic events live as they unfold in America’s courtrooms.

Upcoming U.S. trials Court TV plans to cover and air both in the U.S. and the U.K. include:

· The Killing of Ahmaud Arbery – Three white men are accused of murder in the death of Ahmaud Arbery, a Black man who was shot while jogging through a south Georgia neighborhood.

· The Case of The Doomsday Cult Mom – Lori Vallow and her husband, Chad Daybell, are facing charges after authorities discovered the bodies of their two children in their

backyard. Daybell, a former gravedigger, has authored numerous doomsday books and is rumored to have built a cult-type following.

· “The Jinx” Murder Trial – Robert Durst, a wealthy New York City real estate heir, faces first-degree murder charges in California as police allege he killed his longtime friend, Susan Berman. Authorities suspect Durst in the 1982 disappearance of his wife, Kathleen McCormack, and investigators believe that Durst, the subject of the HBO documentary “The Jinx: The Life and Deaths of Robert Durst,” killed Berman because she knew what happened to McCormack.

Court TV also features exclusive original programming, including documentaries and docuseries, centered around the true-life drama of crimes and cases which draw from the nearly 100,000 hours of footage in the original Court TV library.

The U.K. launch of Court TV coincides with the 25th anniversary of the O.J. Simpson murder trial verdict, which saw the former American football star and popular celebrity found not guilty of double murder on Oct. 3, 1995. On Oct. 3-4, Court TV will present a marathon of its acclaimed 25-episode original docuseries “OJ25,” which looks back at the world-famous case, encapsulating the courtroom action in chronological order.

Court TV also airs the newest original Court TV series “Judgment With Ashleigh Banfield,” hosted by Banfield, an original Court TV alum and respected former CNN and MSNBC legal analyst. The weekly series, which debuted Sept. 13, takes viewers on a deep dive into the most provocative and talked-about trials and cases of all-time.

For more information, follow along on social media: @CourtTVUK.

About Katz Networks Court TV is part of Katz Networks, targeted, demo-specific brands leading a new generation of fast-growing, multi-platform networks that super serve consumers with diverse and entertaining programming available to be seen everywhere, on over-the-air, cable, satellite television, via over-the-top services, on mobile devices and on the web.

About Scripps The E.W. Scripps Company (NASDAQ: SSP) advances understanding of the world through journalism. As the nation’s fourth-largest independent TV station owner, Scripps operates 60 television stations in 42 markets. Scripps empowers the next generation of news consumers with its multiplatform news network Newsy and reaches growing audiences through broadcast networks including Bounce and Court TV. Shaping the future of storytelling through digital audio, Scripps owns top podcast company Stitcher and Triton, the global leader in technology and measurement services. Scripps runs an award-winning investigative reporting newsroom in Washington, D.C., and is the longtime steward of the Scripps National Spelling Bee. Founded in 1878, Scripps has held for decades to the motto, “Give light and the people will find their own way.”