DELPHI, Ind. (WRTV) — A hearing has been set to determine whether the public records for the man charged in the 2017 deaths of Liberty German and Abigail Williams should be unsealed prior to the trial. 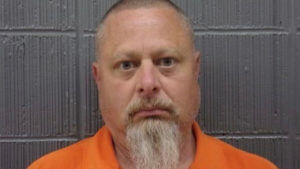 Richard Matthew Allen has been arrested and faces two counts of felony murder in connection with the 2017 killings of Abby Williams and Libby German. (Indiana State Police)

According to court records, the hearing to unseal records for Richard Allen has been set for Nov. 22.

The notice of hearing was filed on Wednesday, 20 days before the hearing is to take place, and a public notice also posted on the wall inside the Carroll County Courthouse.

WATCH: Delphi Murders: What We Know About Suspect Richard Allen

Allen, who has lived in the Delphi community for at least 16 years, has been charged with two counts of murder. Following his first hearing on Friday, Oct. 28, the documents in the case were sealed under court order.

According to ISP, Allen was taken into custody Wednesday, Oct. 26 by the Delphi Double Homicide Task Force and then transported to Carroll County Jail. He was later transported to White County Jail, where he’s currently being held.

According to online court records, an initial bond was set at $20 million for Allen on Oct. 28. On Monday, Oct. 31 Carroll County Prosecutor Nicholas McLeland spoke during the official press conference and said Allen was being held without bond. Online records do not show an update to Allen’s case.

McLeland also said that a preliminary plea of not guilty had been entered for Allen during his hearing on Oct. 28.

This story was originally published Nov. 2, 2022 by WRTV in Indianapolis, an E.W. Scripps Company.