FAIRFAX, Va. (AP) — Actor Johnny Depp concluded a grueling four days on the witness stand Monday, telling jurors in a calm voice that he filed his libel lawsuit against his ex-wife because it was his best chance to reclaim his reputation, just hours after they heard audio clips of him berating his wife with coarse vulgarities.

“It was the only time I was able to fight back and use my own voice,” Depp said of his decision to sue Amber Heard for a 2018 op-ed piece in The Washington Post in which she refers to herself as “a public figure representing domestic abuse.”

He continued to deny that he ever hit Heard, and accused her of hitting him and throwing items including paint cans and vodka bottles at him. And jurors heard an audio clip of a conversation between Depp and Heard in which she seems to taunt him and suggests he won’t be believed or respected if he were to publicly cast her as an abuser. 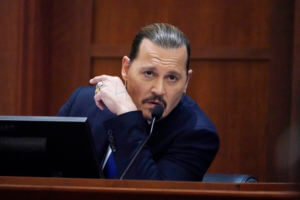 “Tell them, I, Johnny Depp, I’m a victim of domestic abuse … and see how many people believe or side with you,” Heard says on the recording.

Earlier Monday, though, they heard recordings in which Depp referred to the violence that could ensue if their arguments were allowed to escalate.

“The next move, if I don’t walk away … it’s going to be a bloodbath, like it was on the island,” Depp says on the recording.

In other clips, Depp loudly shouts vulgarities at his wife, calling her a degrading name and yelling, “You stupid f—-” at her.

Depp winced on the stand as one of the clips was played; Heard appeared to fight back tears at several points as she listened to the recordings.

Heard’s op-ed never mentions Depp by name, but he argues that he was defamed nonetheless because parts of the piece clearly refer to allegations of abuse she made in 2016 when she filed for divorce and obtained a temporary restraining order.

The clips were part of a lengthy cross-examination of Depp that began last week and concluded late Monday morning. 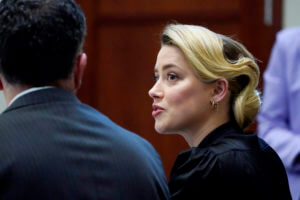 Actress Amber Heard talks to her attorney in the courtroom at the Fairfax County Circuit Courthouse in Fairfax, Va., Monday, April 25, 2022. Actor Johnny Depp sued his ex-wife Amber Heard for libel in Fairfax County Circuit Court after she wrote an op-ed piece in The Washington Post in 2018 referring to herself as a “public figure representing domestic abuse.” (AP Photo/Steve Helber, Pool)

Heard’s lawyers focused throughout the cross-examination on Depp’s drinking, drug use and charged interactions with Heard during their relationship.

Throughout the cross-examination, Depp showed his displeasure with Rottenborn’s questions. When Rottenborn interrupted one response, Depp said, “I was talking.” When Rottenborn said he considered the question to be fully answered, Depp responded, “as long as you’re happy.”

Depp also expressed disapproval as Rottenborn read headlines from a series of negative articles written about the actor, some dating back to 2014.

“These are all hit pieces. These are dreck,” Depp said.

Rottenborn introduced the articles to try to demonstrate that it was Depp’s long history of bad behavior, not the 2018 Post article, that damaged his reputation.

While the libel lawsuit is supposed to center on whether Depp was defamed in the article, most of the trial has focused on ugly details of the couple’s brief marriage. Heard’s attorneys say Depp physically and sexually abused her and that Depp’s denials lack merit because he was often drunk and high to the point of blacking out.

On redirect Monday afternoon, Depp sought to explain some of his coarse language. He said he was often speaking figuratively or making inside jokes with friends, but added, “I’m ashamed that that has to be spread on the world like peanut butter.”

And he again denied that he cut off his own finger during a fight with Heard, even though he told people as much at the time. He now says the finger was severed when Heard threw a vodka bottle at him.

“Why would I start lopping off digits in my 50s?” he said, showing his right hand to the jury. “I can’t take responsibility for what I now call Little Richard, my chopped finger.”

The jury has seen dozens of Depp’s texts to friends regarding his drinking, drug use and interactions with his then-wife, as well as his notes of contrition to Heard and her father.

He called the drug addiction accusations against him “grossly embellished,” though he acknowledged taking many drugs.

Depp says the Post article contributed to an unfairly ruined reputation that made him a Hollywood outcast and cost him his role in the lucrative “Pirates of the Caribbean” movie franchise. Heard’s attorneys say only Depp is to blame for his marred career.
___
Associated Press writer Ben Finley in Norfolk, Virginia, contributed to this report. 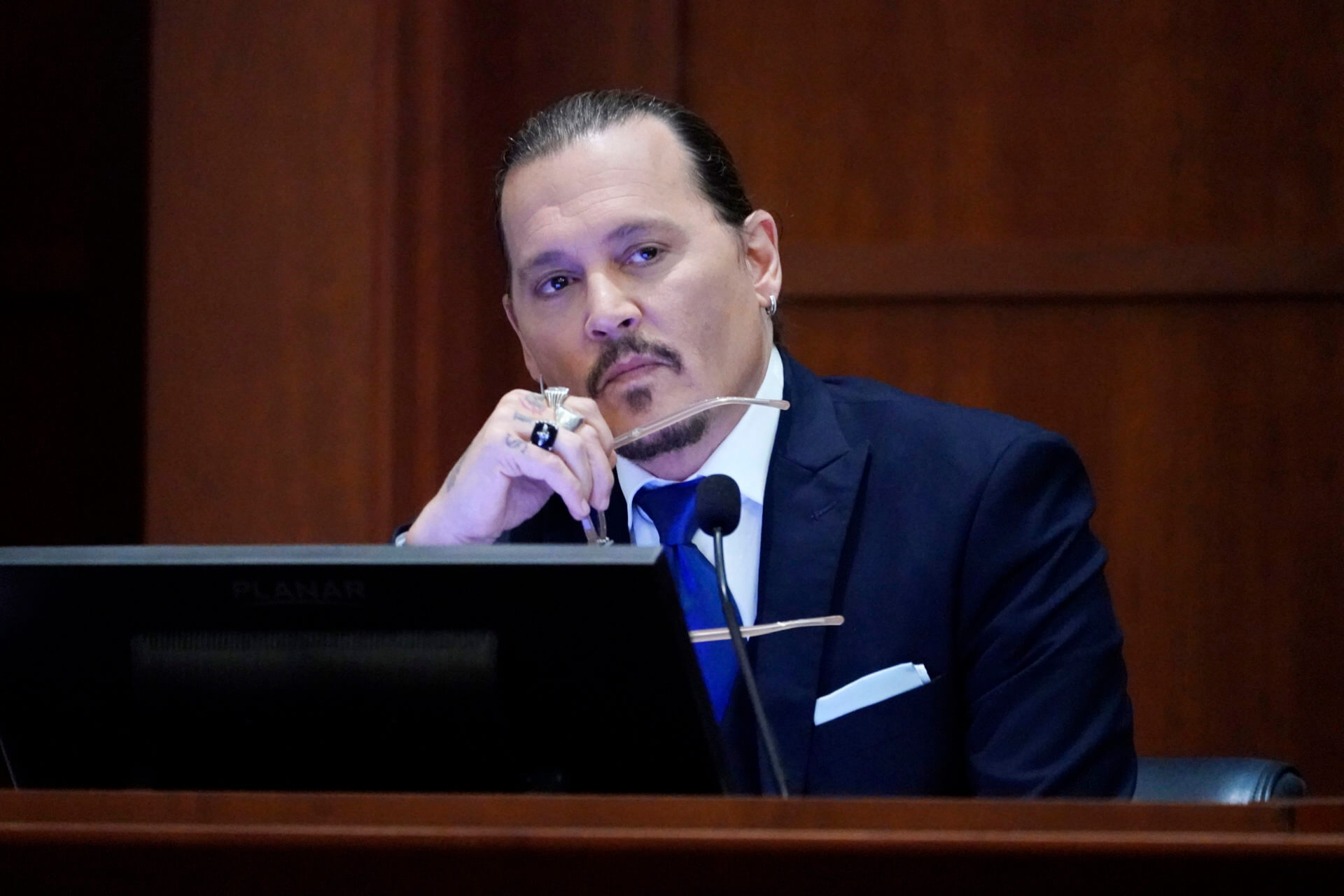 Actor Johnny Depp testifies in the courtroom at the Fairfax County Circuit Courthouse in Fairfax, Va., Monday, April 25, 2022. Depp sued his ex-wife Amber Heard for libel in Fairfax County Circuit Court after she wrote an op-ed piece in The Washington Post in 2018 referring to herself as a "public figure representing domestic abuse." (AP Photo/Steve Helber, Pool)
MORE NEWS