The last time Mackenzie Lueck was seen alive was at the Salt Lake City airport on June 17, 2019. The University of Utah student had just returned from a trip to California where she had attended her grandmother’s funeral.

She’d sent her mother a text message that said, “Landed and love you Mama.”

From the airport, she took a Lyft car ride to Hatch Park in nearby North Salt Lake. It is believed that Lueck, 23, went there to meet up with someone she had met online. It was nearly 3 a.m.

AT&T cell phone records show that Lueck’s phone has been shut off since then.

Lueck’s Lyft driver was quickly eliminated as a suspect — records show he picked up another passenger after dropping Lueck off and finished out his shift.

The man she met was 31-year-old Ayoola Ajayi. They went back to his house.

Police were finally able to charge Ajayau after finding text messages between Lueck and Ajayi. Authorities say Ajayi was the last person ever to communicate with Lueck, and that according to cell phone records, he was in the area the last time Mackenzie was seen. 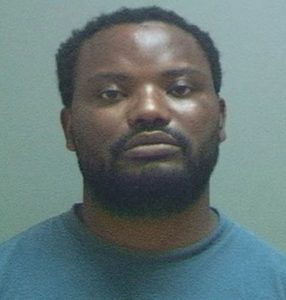 As it turned out, a lot more evidence connected Ajayi to the disappearance of Lueck. A neighbor told detectives she witnessed Ajayi burn something with the use of gasoline in his backyard on June 18 and 19. She described the smell as something she’d never smelled before.

Acting on a search warrant, detectives discovered that the portion of Ajaya’s property where the burning took place had also been freshly dug. Crime lab tests confirmed that muscle tissue samples collected from the site belonged to Lueck. In addition, the results of a forensic excavation of the burn area netted several charred items consistent with Lueck’s personal belongings.

Ajayai was arrested on suspicion of aggravated murder, aggravated kidnapping, desecration of a human body, and obstruction of justice.

One week after Ajayi’s arrest, Lueck’s charred body was discovered by police in a shallow grave in Logan Canyon, about 85 miles north of Salt Lake City.

Ajayai also faces charges of raping and kidnapping another woman in 2018 and was the subject of a 2014 rape investigation. Ajayai faces 19-counts of sexual exploitation of a minor after police say they discovered child pornography on devices seized from his home during the Lueck murder investigation.

Police are investigating a report that Ajayai tried to hire a contractor to construct a secret, soundproof room in his home. Ajayai’s ex-wife has told reporters that she feared him. Additionally, Ajayi previously published a crime novel entitled “Forge Identity,” which tells the story of a man drawn to crime after witnessing gruesome murders at the age of 15.