Attorneys for actor Amber Heard resumed their cross-examination of her ex-husband Johnny Depp in a Virginia courtroom on Thursday, taking aim at his alcohol and drug use as well as texts he sent to a friend about wanting to kill and defile his then-wife.

Heard’s attorneys are trying to derail Depp’s libel lawsuit against her after she wrote a 2018 Washington Post opinion piece that Depp says indirectly defamed him and ruined his lucrative acting career. In the article, Heard referred to herself as a “public figure representing domestic abuse.”

Depp has testified that Heard was the aggressor in the relationship and that he never physically or sexually assaulted her, despite her claims. Heard’s lawyers argue that Depp can’t deny what happened because he was often drunk and high on drugs to the point of blacking out.

Bettany responded: “Having thought it through I don’t think we should burn Amber …”

Depp texted: “Let’s drown her before we burn her!!! I will (expletive) her burnt corpse afterwards to make sure she’s dead.”

Depp has previously apologized to the jury for the vulgar language in the texts and said that “in the heat of the pain I was feeling, I went to dark places.”

Rottenborn also focused on another of Depp’s texts to Bettany in 2014 in which he referenced whiskey, pills and powders.

The texts were sent during a period in which Depp said he had stopped drinking. And they were sent around the time of a private flight from Boston to Los Angeles, during which Heard had said that Depp became blackout intoxicated and assaulted her.

Rottenborn presented texts that Depp sent to Bettany that said he drank “all night before I picked Amber up to fly to LA this past Sunday … Ugly, mate … No food for days … Powders … Half a bottle of Whiskey, a thousand red bull and vodkas, pills, 2 bottles of Champers on plane …”

To further bring doubt to Depp’s claim that he was not a problematic drinker at that time, Heard’s attorney then showed the jurors a text that Depp had sent to musician Patti Smith regarding a visit to New York City in 2014 in which he recounted fighting with Heard, getting drunk and being “so disappointed in myself.”

Depp has been on the stand in Fairfax County Circuit Court since Tuesday afternoon. The actor has spent much of that time describing the couple’s volatile relationship and denying that he ever abused Heard.

Depp said that Heard often violently attacked him. And he argued that his movie career suffered after she wrote a 2018 op-ed piece in The Washington Post.

Heard never mentioned Depp by name in the article, but Depp’s lawyers said it was a clear reference to accusations Heard made when she sought a 2016 restraining order against him.

Depp said the accusations and the article contributed to an unfairly ruined reputation that made him a Hollywood pariah and cost him his role in the lucrative “Pirates of the Caribbean” movie franchise.

When cross-examination began late Wednesday afternoon, Rottenborn pointed to evidence that Disney made that decision months before the article’s publication.

Heard’s lawyers have argued that Heard’s opinion piece was accurate and did not defame him. They have said that Depp’s ruined reputation was due to his own bad behavior.

On the stand Tuesday, Depp called the accusations of drug addiction “grossly embellished,” though he acknowledged taking many drugs. He said his drug use started at age 11 when when he secretly took his mother’s “nerve pills.” 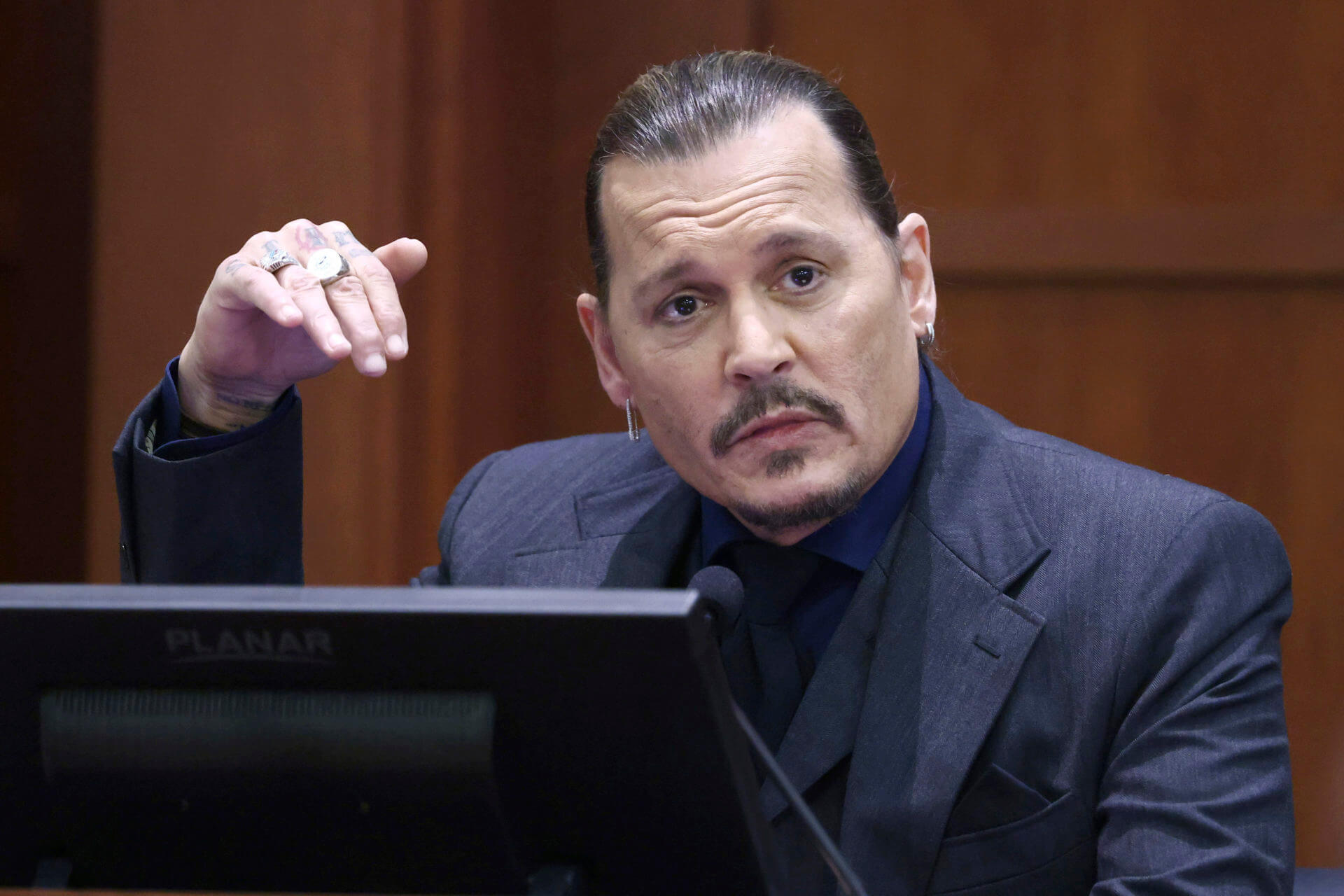 Actor Johnny Depp testifies in the courtroom at the Fairfax County Circuit Court in Fairfax, Va., Thursday, April 21, 2022. Actor Johnny Depp sued his ex-wife Amber Heard for libel in Fairfax County Circuit Court after she wrote an op-ed piece in The Washington Post in 2018 referring to herself as a "public figure representing domestic abuse." (Jim Lo Scalzo/Pool Photo via AP)
MORE NEWS