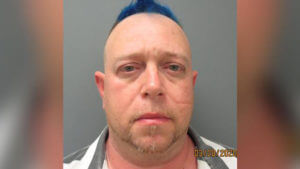 LA PLATA, Md. (AP) — Prosecutors say a Maryland man who disregarded police orders to break up a party has been sentenced to a year in jail for violating the state’s ban on large gatherings during the coronavirus pandemic.

Hennessy also sentenced Myers, 42, of Hughesville, to three years of probation after his jail term at the Charles County Detention Center.

After Gov. Larry Hogan issued an emergency order that prohibited gatherings of more than 10 people during the pandemic, law enforcement officers found Myers among approximately 50 people at his home on March 22. Myers argued with officers but eventually agreed to disband his party, prosecutors said.

Less than a week later, however, officers responded to a report of a bonfire and another large party at Myers’ home, and this time he disregarded their orders to disband it, according to prosecutors.