COLUMBIA, Mo. (AP) — A Missouri man accused of killing his wife and burying her body in a park testified Tuesday that they had a turbulent relationship and he had been considering divorce before her death.

Joseph Elledge is charged with first-degree murder in the death of 28-year-old Mengqi Ji, whom he reported missing in October 2019. Her remains were found in March at a park near Columbia, Missouri.

Prosecutors rested their case on Monday, after presenting a week of evidence that detailed the couple’s troubled and deteriorating relationship. 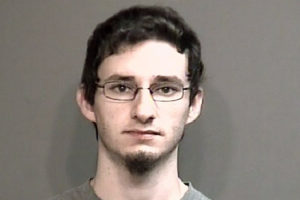 On the stand Tuesday, Elledge said he and Ji met in 2015 at Nanova, a company that makes dental products, where Ji was Elledge’s supervisor. They began dating the following year and eventually traveled to China, where he asked Ji’s parents for permission to marry her. The couple married in 2017 and planned to have three to five children and wanted them to grow up in a house that included both U.S. and Chinese cultures, KRCG-TV reported.

However, they had misunderstandings because of their backgrounds and cultures, Elledge testified, and because they had different ways of communicating. Elledge said he often talked in metaphors that Ji did not understand, while Ji brought up unrelated events in conversations that often devolved into arguments, The Columbia Tribune reported.

He said he would perceive misunderstandings between him and Ji as an attack because it was “difficult to understand each other.”

Elledge said he initially got along well with Ji’s parents but that tensions arose after they moved in with the couple when their daughter was born on Oct. 3, 2018.

His in-laws would “butt in and take over” on how to raise Anna, Elledge said, and they communicated with Ji in Chinese.

“I felt very isolated and like I was being pushed out of my own home,” Elledge said. Ji’s parents eventually moved out and the couple’s relationship improved somewhat, he said.

But trouble brewed in the summer of 2019, when Elledge had an internship at a home furnishing manufacturer in Carthage, and the couple had to financially maintain two homes.

He said their intimacy decreased and he began considering divorce. He conducted searches on the topic online but did not consult an attorney because, despite their bickering, they wanted to repair their relationship.

He said on Oct. 3, 2019, he found messages that Ji was exchanging with a man from China on WeChat, a Chinese-based messaging service. He testified that he translated the messages using Google and found they were sexually explicit.

Elledge said he did not confront Ji right away about the messages but said he felt wounded, angry and betrayed when his suspicions about Ji’s online activity were confirmed.

Elledge initially told investigators that he and his wife argued at their apartment on Oct. 9, 2019, and he discovered she was missing when he woke up the next day.

During opening statements last week, Rosenblum, acknowledged that Ji died after Elledge pushed her during an argument. He said she fell and hit her head but was able to get up and go to bed, where Elledge found her dead the next day.

Rosenblum said Elledge put his wife’s body in his car and buried her in a remote area of Rock Bridge State Park about 5 miles (8 kilometers) south of Columbia.

Prosecutors presented evidence that focused largely on a journal kept by Elledge, text messages between the couple and audio tapes that detailed their difficult relationship, The Columbia Missourian reported.

Prosecutor Dan Knight referred to a Elledge’s 51-page journal as a “grievances diary” because it contained pages of complaints about his wife. In segments read into evidence Monday, Elledge complained that his wife was demanding, did not care about his feelings and was secretive.

In one entry he wrote, “Mengqi is toxic, and I thoroughly believe she enjoys poisoning other people.”