HAMILTON COUNTY, Ind. (WRTV) — The new efforts to connect remains that have been sitting at the University of Indianapolis for over 26 years are already helping to bring closure to the family of at least one of Herbert Baumeister’s alleged victims.

Investigators believe at least 25 people fell victim to Baumeister, who police have said lured gay men to his home at Fox Hollow Farms in the mid-80s and 90s and killed them. Baumeister died by suicide shortly after police began their investigation. 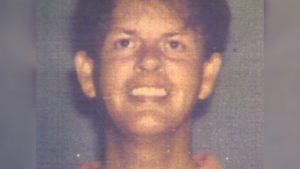 FILE – Investigators believe at least 25 people fell victim to Baumeister, who police have said lured gay men to his home at Fox Hollow Farms in the mid-80s and 90s and killed them. (WRTV)

So far, only eight victims of been identified – including 45-year-old Michael Keirn.

Keirn went missing in 1995 and was believed to be one of Baumeister’s last known victims.

Hamilton County Chief Deputy Coroner and Coroner-elect Jeff Jellison tells WRTV that during a review of the death certificates of the original eight identified victims they noticed that there was no cemetery listed for Keirn. Further digging led them to the location of a cemetery plot in his name and after speaking with the family they determined Keirn’s body was never released to be buried.

Jellison worked with Keirn’s family to make arrangements so that he can finally be laid to rest under the marker that’s held his place for roughly 26 years.

“A local funeral home has stepped up and is willing to provide cremation for those remains,” Jellison said. “The cemetery where this individual already had a headstone… said, hey, we want to help the family.”

Nearly 10,000 bones and bone fragments were located on the Baumeister property in the 1990s. A majority of them have never been identified or linked to any missing person.

Since his initial plea over Thanksgiving weekend, Jellison says the coroner’s office has fielded numerous calls from family members of people who went missing in the 1990s.

Jellison tells WRTV they will soon have 21 DNA samples to compare with the remaining unidentified victims. Fifteen of those are from local families with missing loved ones and six are from outside of Indiana including Florida, Michigan, Las Vegas and Louisiana. Those families will be sent DNA swab kits to send back.

“Some are convinced that their next of kin or their loved one was involved in the Fox Hollow incident,” Jellison said. “Some are just saying, ‘Hey, we don’t know. And we just know that we’ve got a missing male individual for the middle 80s to middle 90s. Can you help?’ Certainly we will. We’ll take those DNA swabs. We’ll turn those over to the State Police. You don’t know where that may end up at. They may not be part of this Fox Hollow investigation… they may have been found anywhere in the United States.”

Jellison says he hopes the latest push for information will help bring closure to other families whose loved ones have been missing for over two decades. But he also knows that finding DNA matches after more than 25 years isn’t a simple task. 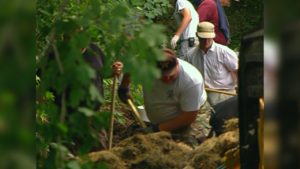 Nearly 10,000 bones and bone fragments were located on the Baumeister property in the 1990s. (WRTV)

“I think the other [thing to point out] is 26 years has gone by and some family members have moved on, some of them have passed away. So now what we’re getting coming forward is distant relatives. So just how successful can we be with DNA matching? As we get deeper into the lineage, that’s going to be something that the state police are going to have to answer, because they are the experts in that,” Jellison said. “So that is a big deal right now, as well as how do we deal with a great niece of this individual coming forward… will that DNA be successful? The other thing, as I mentioned earlier, is the sharing of information and networking. The support that I’ve gotten from forensic experts and police officers that have already traveled this road before, they’ve been involved in investigations like this. So the support they’re giving me is huge to be able to share their experiences, their knowledge and to give me a little bit of direction to as how to move forward. This is just the beginning.”

Members of the Hamilton County Coroner’s Office re-visited the former Baumeister property over the weekend along with nearly a dozen dogs from the Indiana Canine Search and Recovery. During their search, crews were able to identify and mark 20 different locations where remains may be. None of the marked locations were dug on Sunday, Jellison said they will meet with their forensic partners and law enforcement partners to determine their next steps.

The property owner also turned over a bone that he found on the property prior to Sunday’s search. That bone will most likely be turned over to the UIndy forensic lab, according to Jellison.

“So this is a hurry up and wait process, we need people to come forward now, because we need those comparison samples,” Jellison said. “There will also be a large number of bones delivered to the Indiana State Police biology department that they will need to do their job with extracting DNA profiles. They have a huge caseload down there also. So it will take some time to bring all this together.”

Anyone who believes they are a relative of a missing person connected to the case should contact the Hamilton County Coroner’s office at 317-770-4415.

This story was originally published Dec. 7 by WRTV in Indianapolis, an E.W. Scripps Company.