Property records show Allen, 50, has owned a local home, currently valued at $171,800, since 2006. The home is a half-mile from Delphi Community Middle School where Abby Williams and Libby German attended.

Allen’s house is also 2.5 miles from the Monon High Bridge Trail, where Abby and Libby disappeared and were later found dead.

Allen has no criminal history. WRTV found two speeding tickets—one in Jasper County in 2011, and another in Fulton County in 2005.

In the 2005 case, records show Allen was going 74 in a 55 mph zone, but the case was dismissed because Allen reached a pretrial diversion agreement with prosecutors. Allen also had a seat belt violation in Miami County in 2003.

Richard Allen is a licensed pharmacy technician in the state of Indiana, state records show. His pharmacy license does not expire until June 30, 2024. 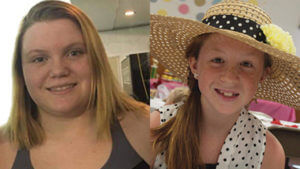 WRTV has confirmed that Allen was employed at the Delphi CVS location. A spokesperson for the store released the following statement to WRTV on Monday.

“As members of the Carroll County community, we remain devastated by these murders and our hearts go out to the German and Williams families. We are shocked and saddened to learn that one of our store employees was arrested as a suspect in these crimes. We stand ready to cooperate with the police investigation in any way we can.”

Pharmacy technicians help pharmacists dispense prescription medication to customers or health professionals, according to the U.S. Bureau of Labor Statistics.

Allen is a 1991 graduate of North Miami Sr. High School in Miami County, as confirmed by the district superintendent Kenneth Hanson.

WRTV called phone numbers listed for Allen and his family members, but they either didn’t answer or hung up when WRTV Investigates Kara Kenney identified herself.

This story was originally published Oct. 31 by WRTV in Indianapolis, an E.W. Scripps Company.