A young woman who stands accused of a man’s murder has drummed up a lot of support. That’s because Chrystul Kizer maintains she is a victim of human trafficking.

Kizer was 17 in June 2018 when prosecutors say she shot and killed Randy Volar, 33, and set his house on fire.

Supporters in Kenosha, Wisconsin are calling for Kizer’s release from prison and have urged the district attorney to drop all charges against her.

In a jailhouse interview, Kizer said she was being trafficked by Volar, and that he was repeatedly forcing her to have sex with him. 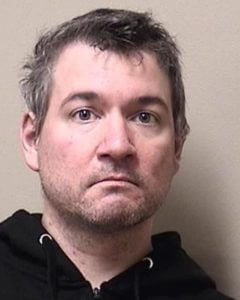 Volar was out on bail at the time of his death, having been charged with child sex abuse.

Kizer’s mother maintains prosecutors knew about Volar’s alleged activities but made no effort to stop him.

District Attorney Michael Graveley, however, has stated that Kizer murdered Volar so she could steal his car. Gravely also pointed out that Kizer went so far as to “brag” about killing Volar on social media. According to Gravely, Kizer went on Facebook Live while waving a gun and talking about shooting people who make her mad.

Her case has gained national attention with celebrities, such as Alyssa Milano and Patricia Arquette, calling for her release.

Similar to the Cyntoia Brown case, who was a victim of sex trafficking in Tennessee, Brown was handed two life sentences for the murder of a man who bought her for sex when she was 16. She spent 15 years in prison prior to being granted clemency last year.

Kizer, now 19, remains behind bars despite overwhelming support in the form of a grassroots campaign seeking her release. A Change.org petition submitted by the #FreeChrystul Defense Committee has netted nearly 700,000 signatures so far.

If convicted of murder and arson charges, Kizer faces life in prison.