ANN ARBOR, Mich. (AP) — Former athletes on Wednesday urged the University of Michigan’s governing board to launch a full investigation of sexual abuse committed by a late doctor and how the school failed to stop him during his decades on campus.

Standing near the school’s historic football stadium, they said a May report that detailed numerous complaints about Robert Anderson and the university’s failure to act was not enough.

“So Board of Regents, so the University of Michigan — say my name,” said Jon Vaughn, a running back from 1988-91. “Because the time is now for all of you who have been abused here to speak up for justice. We speak because every victim matters. I am not John Doe. I am Jon Vaughn.” 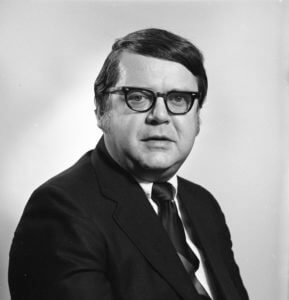 The news conference was held a day before Michigan regents are to hold a regularly scheduled meeting. No action items involving Anderson were listed on the agenda for Thursday’s virtual meeting.

Anderson died in 2008. Attorney General Dana Nessel has said she would only investigate if the school is willing and cooperative. She shut down a probe of Michigan State University and its disgraced doctor, Larry Nassar, because the university refused to release certain documents.

Hundreds of men said they were abused by Anderson during routine physicals or exams while he worked in campus clinics and in the athletic department. Anderson also was certified by the federal government to give physicals to pilots and air traffic controllers in southeastern Michigan, some of whom count themselves as victims.

The allegations against Anderson have been public for more than a year, and the university is in mediation over financial settlements with victims. But the scandal flamed anew in May with the release of a university-commissioned report by the WilmerHale law firm, which included claims that legendary coach Bo Schembechler and athletic director Don Canham could have gotten rid of Anderson.

Schembechler’s son, Matt, told reporters last week that he, too, was molested by Anderson as a child but that his father did nothing. Other relatives, however, insist the late coach was not aware of what Anderson did.