FLORENCE, Ala. (AP) — An escaped Alabama inmate had a “special relationship” with the jail official authorities believe assisted in his escape, a sheriff’s office said Tuesday.

A manhunt was underway for Casey White, who was awaiting trial on a capital murder case, and Vicky White, a jail official, after the pair vanished after leaving the Lauderdale County Detention Center on Friday morning. The two are not related, authorities said.

On Friday morning, Vicky White, 56, told coworkers the 38-year-old inmate needed to go to the courthouse for a mental health evaluation. She was escorting the inmate alone, which the sheriff said is a violation of department policy. That afternoon, when she was not answering the phone, authorities discovered the two were missing, and no such evaluation had been scheduled. Her patrol car was found abandoned in the parking lot of a shopping center.

A warrant was issued Monday for Vicky White’s arrest on charges of assisting in an escape. 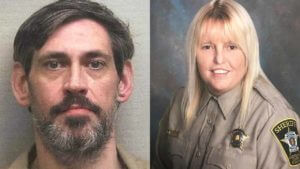 “I just can’t picture Vicky running off with that man,” her former mother-in-law, Frances White, said in a telephone interview. She remained fond of her daughter-in-law decades after she divorced her son in 1991. He died earlier this year.

She said her former daughter-in-law was kind and always wanted to help others, but added that she was sometimes private. “Vicky was a person who kept all of her thoughts and troubles to herself,” she said.

Vicky White had no children, her former-mother-in-law said, and had recently sold her house, a sprawling property of 4 acres (1.6 hectares) she had originally bought to be close to her parents. The property, which included a trailer and barn, was “really too big” for one person, Frances White said.

WAAY reported Vicky White sold her home for $95,500 just 12 days before disappearing. The purchase price was below the market value for the area, the station reported.

Lauderdale County Sheriff Rick Singleton said Monday that Vicky White had announced plans to retire and the day she disappeared would have been her last day at work.

“This is not the Vicky White we know, by any stretch of the imagination,” Singleton said Monday. 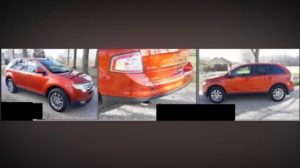 The U.S. Marshals Service on Tuesday said the pair might be traveling in a 2007 orange or copper colored Ford Edge with minor damage on the rear left bumper.

Authorities have said Casey White, who stands 6 feet, 9 inches (2.06 meters) tall, should be recognizable by his size. Authorities warned that anyone seeing the pair should not approach them.

“The subjects should be considered dangerous and may be armed with an AR-15 rifle, handguns and a shotgun,” the Marshals Service said in the bulletin.

Casey White was serving time for a string of crimes that included attempted murder, robbery and burglary. While in prison, he had confessed to the 2015 stabbing death of a 58-year-old woman, authorities said, which caused him to be brought to the Lauderdale County jail for court proceedings. The sheriff said they believe White plotted an earlier escape from the jail in 2020 when they found a makeshift knife.