MILWAUKEE (AP) — Police say a Milwaukee man charged Wednesday in the shooting death of his 8-year-old daughter told investigators he wanted to teach his children about gun safety before inadvertently firing the weapon.

Michael Huddleston, 47, is charged with first-degree reckless homicide in the Saturday killing of 8-year-old Tiana Huddleston. Police say she was shot in the chest with a .22 caliber handgun. 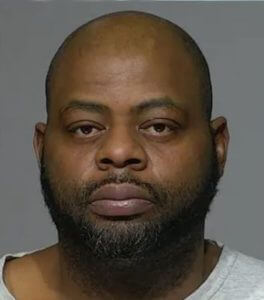 A criminal complaint said Huddleston decided to deliver the gun safety lesson after he “heard the children messing around in the kitchen.” Huddleston told police the safety was on and there was no round in the chamber before the shooting.

The complaint states when an officer asked Huddleston if he accidentally pulled the trigger, he said that is “exactly” what happened. Huddleston had allegedly consumed a pint and a half of tequila before the shooting.

Huddleston is also charged with possession of a firearm by a felon.

Family and friends of Tiana Huddleston gathered Tuesday evening outside the home where she was killed. The child’s aunt, LaToya Singleton, shared that Tiana was non-verbal autistic but that didn’t stop the 8-year-old from communicating her love, the Journal Sentinel reported.

“Tiana would walk up to you and it’s all hands, she would rub your face, she’d want to kiss your face,” Singleton said.