DENVER (AP) — A man convicted of killing two women who disappeared near a Colorado ski resort town nearly 40 years ago after DNA testing identified him as a suspect was sentenced on Monday to two terms of life in prison after the women’s relatives called for the maximum punishment for the slayings that forever changed their families. 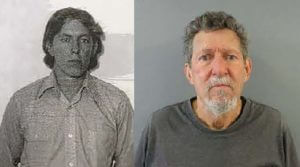 L to R: Alan Lee Phillips as a younger man, and in the mug shot following his arrest in connection with the alleged murders of two young women outside of Breckenridge in 1982. (Park County Sheriff’s Office)

Alan Lee Phillips, 71, was convicted in September of two counts of first-degree murder and other charges in the killings of Annette Schnee, 21, and Barbara “Bobbi Jo” Oberholtzer, 29. Authorities said the two women, whose bodies were found in separate locations, had no connection. Both were believed to have been killed while hitchhiking outside Breckenridge, about 60 miles (96 kilometers) southwest of Denver, when they disappeared on Jan. 6, 1982.

Friends and family discovered Oberholtzer’s body the next day in a snow drift on the summit of 11,542-foot (3,463-meter) Hoosier Pass, near Breckenridge. Schnee’s body was discovered six months later, fully clothed, by a boy fishing in a creek in rural Park County. Both women had been shot.

Investigators said Phillips was rescued the night that the women disappeared from the top of nearby Guanella Pass when his truck got stuck during a snowstorm, KUSA-TV reported.

Phillips, a miner and automobile mechanic, was arrested last year in Dumont, a small mountain town about an hour’s drive away from Breckenridge, after living in the area for the past four decades. He plans to appeal his conviction, claiming the DNA evidence used against him was contaminated and mishandled. 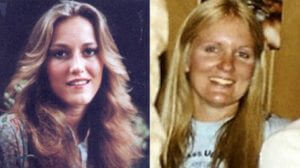 Schnee’s sister Cindy French was 11 when her older sister, who wanted to be a flight attendant, disappeared. In a statement to Judge Stephen Broome read by Deputy District Attorney Mark Hurlbert, she said she remembers her mother breaking down and crying over the six months Schnee remained missing. French named her eldest daughter after her sister. She said that while her sister was not alive to create a family, Phillips was able to remain free for decades and have wives and children.

Oberholtzer’s daughter, Jackie Vukos-Walker, was about the same age when her mother was killed. Her childhood was marked by sadness, depression and anxiety, she said in a statement read by Deputy District Attorney Stephanie Miller. She could not relate to other children and cried so many tears into a pillow embellished with a horse that it was impossible to distinguish where the drops fell, she said. Vukos-Walker said she was a constant reminder of her mother, whom she resembled, and refrained from talking about her loss because it upset other people.

“I felt like I made everyone sad,” Vukos-Walker said.

She also said mentions of serial killers in the abundance of crime shows on television still cause her to well up with emotion whether she is in public or private.

Phillips did not address the court but his daughter, Andrea Shelton, did, the only person who spoke on his behalf. She expressed sympathy for the families of Schnee and Oberholtzer but said she believed in forgiveness and redemption. She told Broome that Phillips had taught her and her siblings honesty and ethics as they were growing up.

“He is a good man and I thought someone should say something,” Shelton said.

Broome said he would impose a life sentence without the possibility of parole for each of the two women, ordering them to be technically served one after the other, rather than at the same time, to allow the maximum penalty under the law. Prosecutors had asked for that to allow the loss of each woman’s life to be recognized.

“I hope the healing starts today and God be with you,” he said to their families.