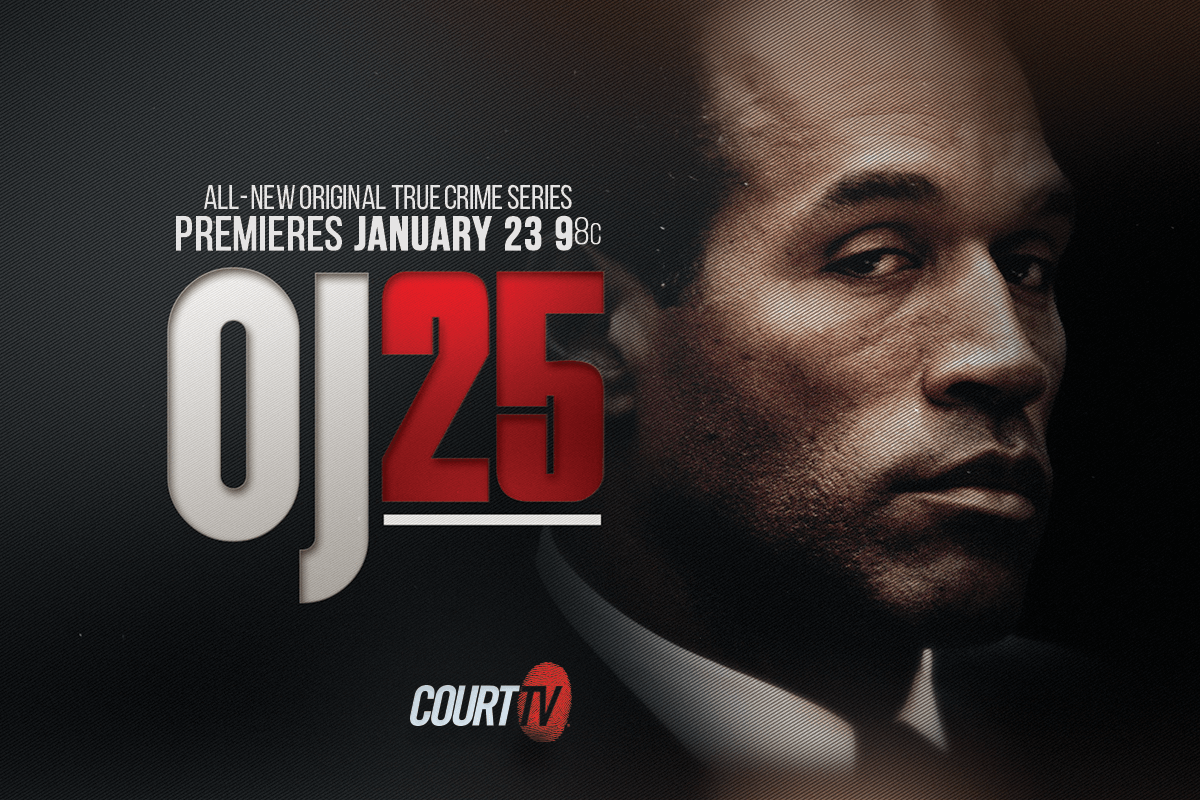 OJ25 will give viewers a front row seat in the Simpson jury box, to relive the trial or discover it for the first time. Utilizing Court TV’s extensive library featuring every minute of the double murder trial, OJ25 will encapsulate the week’s courtroom action in the chronological order in which it took place 25 years ago in Los Angeles  ̶  from the trial’s start on January 24, 1995 until the verdict in early October. New episodes of the original 37-part series will premiere on Court TV weekly Thursday nights at 9:00 p.m. ET.

As a companion to OJ25, Court TV will also make the complete trial available in weekly chronological installments on CourtTV.com every Thursday starting January 23.

OJ25 is hosted by renowned long-time former Los Angeles prosecutor and acclaimed legal analyst Roger Cossack. Cossack provided insights into the Simpson trial at the time for CNN as the network’s legal analyst and went on to the same role for ESPN. Cossack was a college classmate of Robert Shapiro, one of Simpson’s lawyers, and was made privy to defense strategies that he’s never made public but will share throughout the series. (MEDIA NOTE: Mr. Cossack is available for interviews.)

The double murder trial of Simpson – the college football phenom (Heisman Trophy recipient in 1968) who went to become an NFL Hall of Famer and popular movie and television personality – riveted the nation during its nearly ten full months in 1995. In addition to numerous dramatic courtroom moments, the trial was most notable for its strong racial overtones, its impact on the judiciary system and how it spurred Americans across the nation to openly discuss the issues surrounding domestic violence for the first time.

Court TV is devoted to live, gavel-to-gavel coverage, in-depth legal reporting and expert analysis of the nation’s most important and compelling trials. It is a multi-platform network, available to be seen on cable, over-the-air and over-the-top. Court TV is also live streamed on CourtTV.com as well as the Court TV app for Roku®, Apple TV, Amazon Fire TV and Android and Apple devices. All feature robust and exclusive content from the massive Court TV library, including the nation’s most compelling, high-profile cases over the past 20 years available on demand.

Court TV is part of Katz Networks, targeted, demo-specific brands leading a new generation of fast-growing, multi-platform networks that super serve consumers with diverse and entertaining programming available to be seen everywhere, on over-the-air, cable, satellite television, via over-the-top services, on mobile devices and on the web. Katz Networks is part of The E.W. Scripps Company (NASDAQ: SSP).