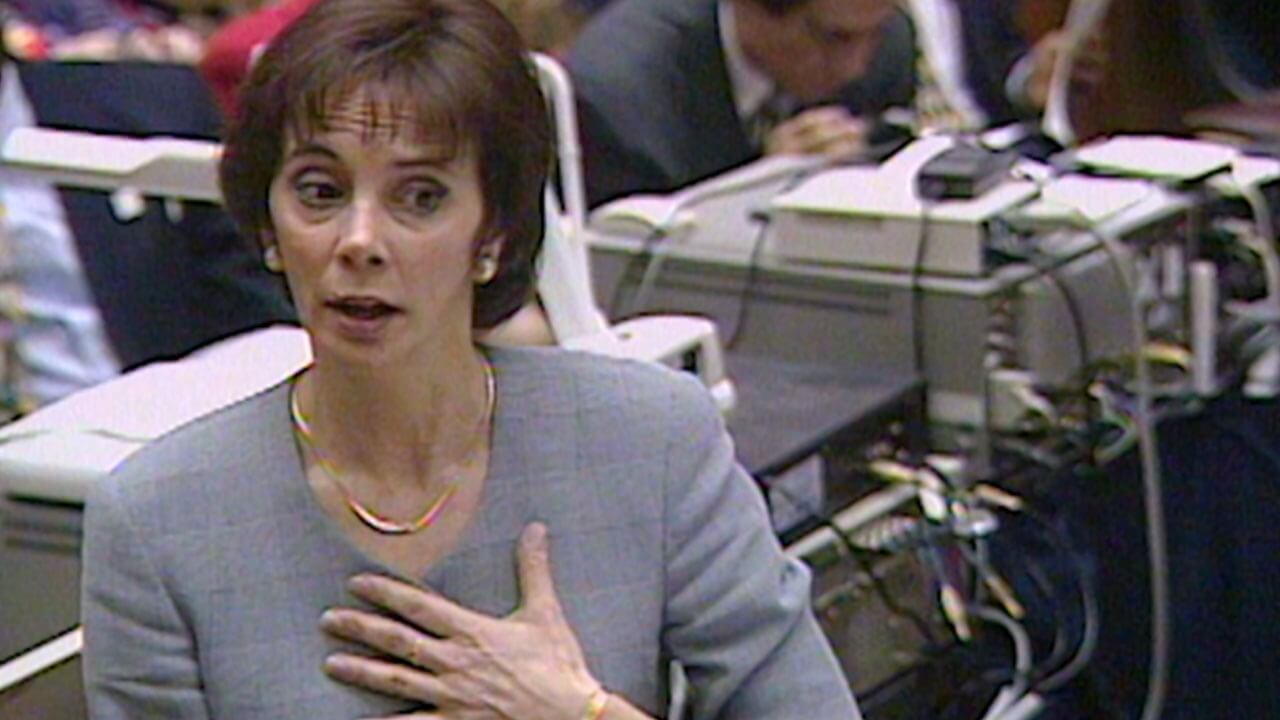 Marcia Clark delivers the closing argument for the State. Going through blood and physical evidence, her nearly 5 hour closing argument claimed that Simpson is the sole murderer. Then prosecutor Christopher Darden spoke addressed Mark Fuhrman's racism and the history of domestic violence against Nicole. Next up, Johnnie Cochran for the defense. The theme of his oral argument, "if it doesn't fit, you must acquit." Cochran spoke for just over 4 hours bringing up many familiar themes of racism, conspiracy and sloppy police work. Defense attorney Barry Scheck spoke about all the blood evidence and problems with the LAPD crime lab. 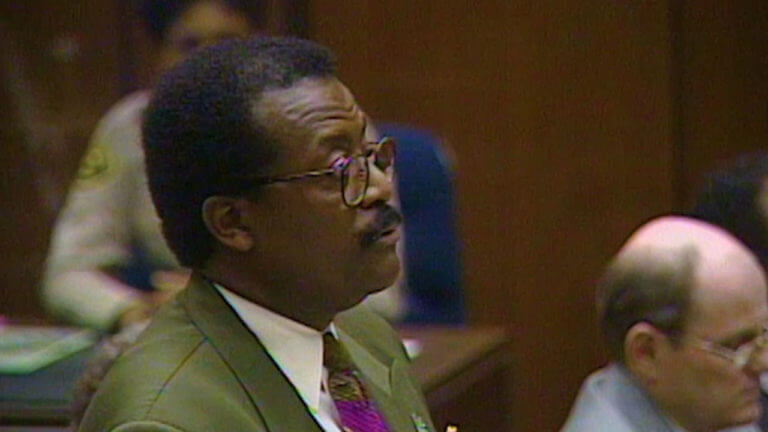 1-W36-Outside the Presence of the Jury 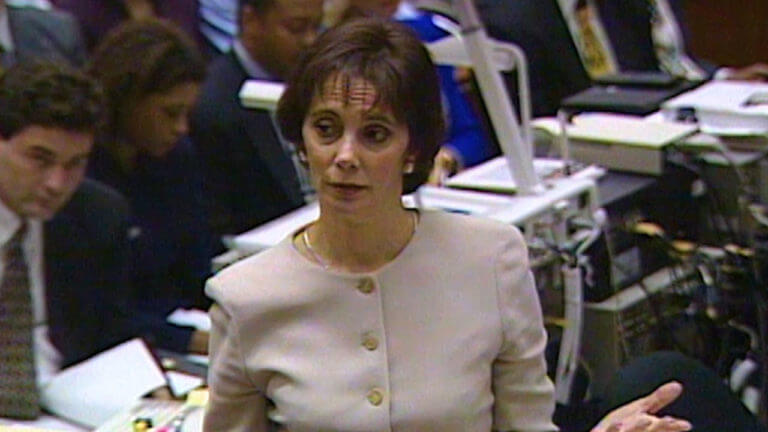 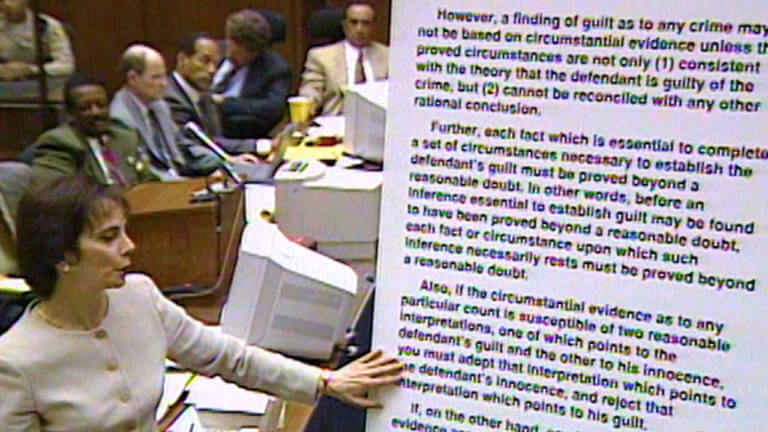 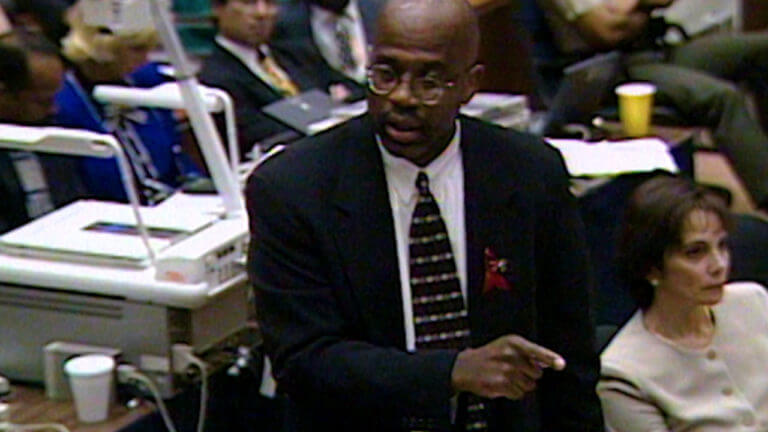 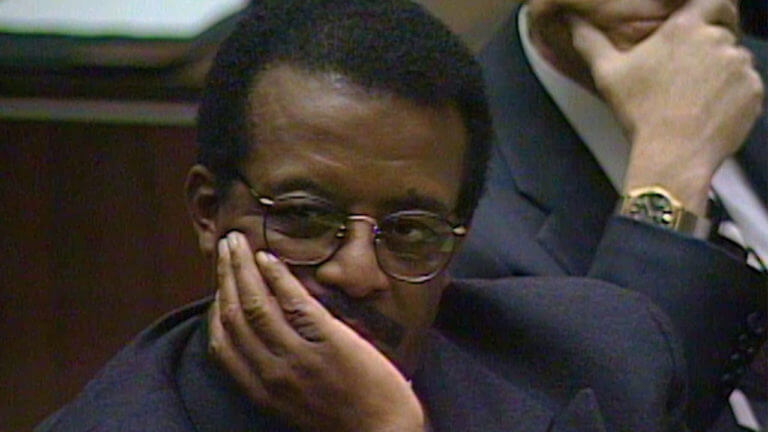 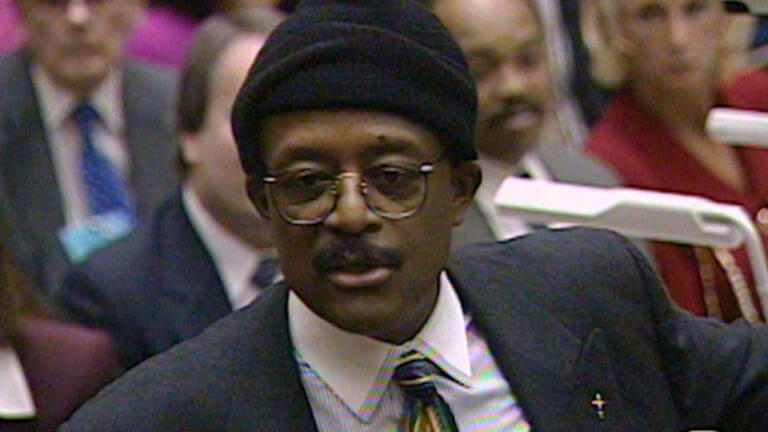 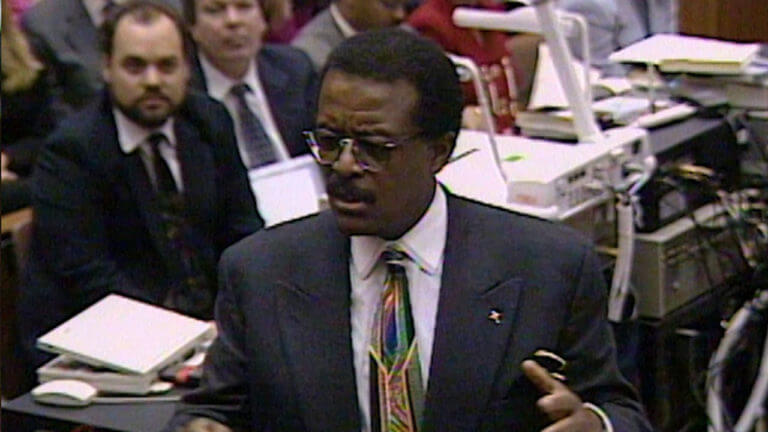 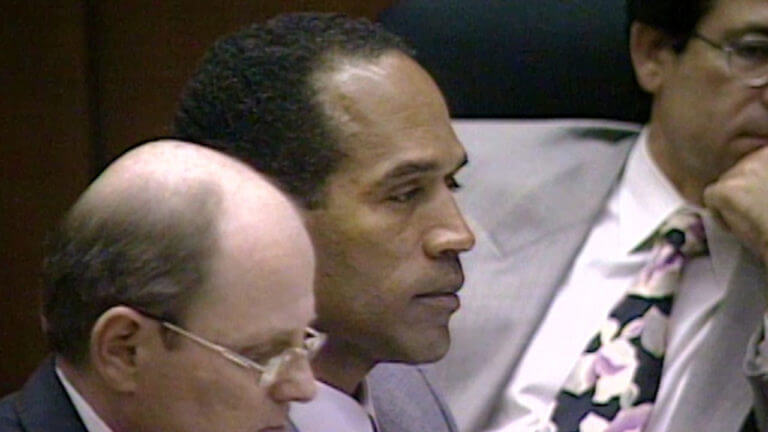 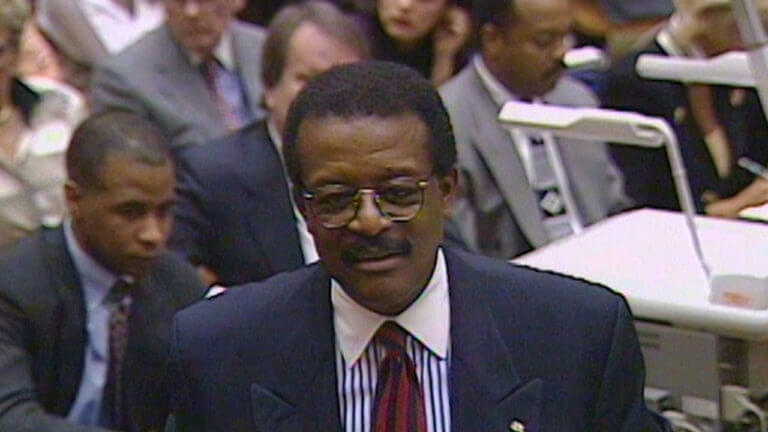 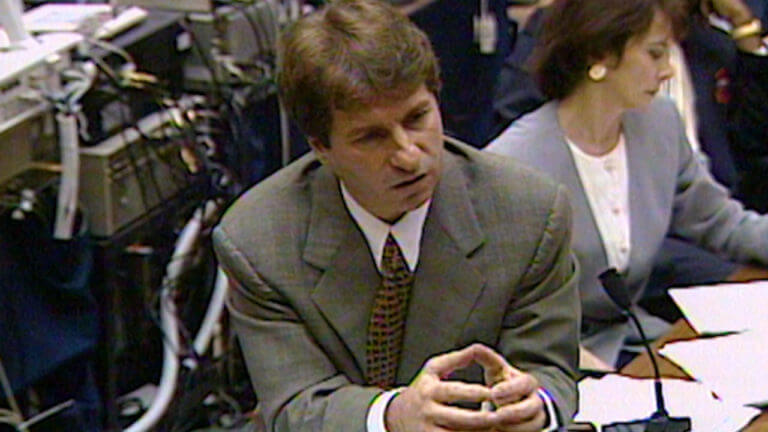 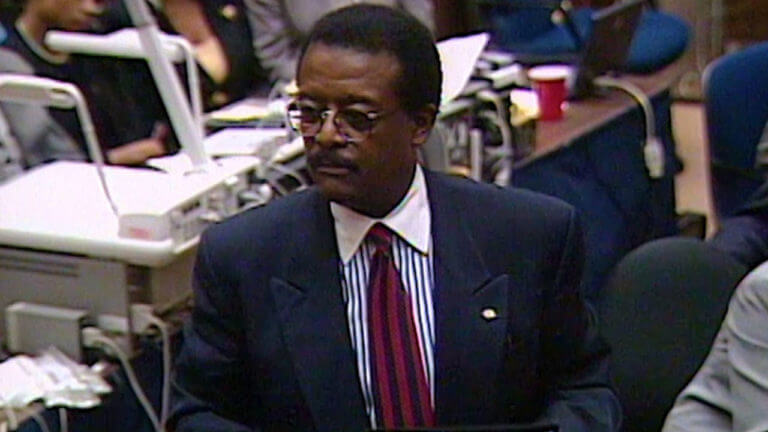 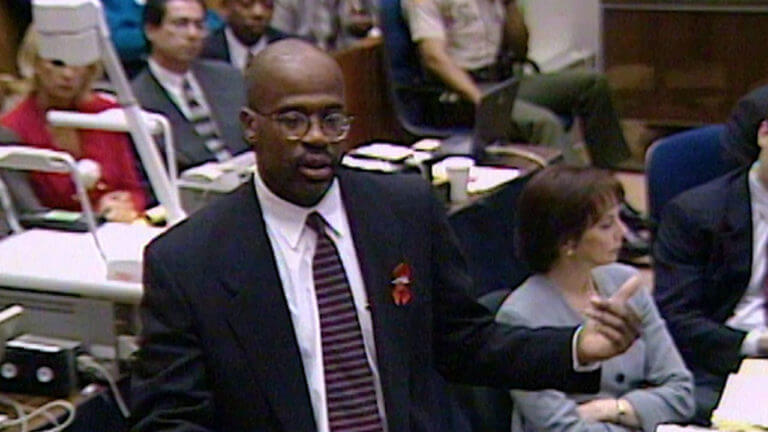 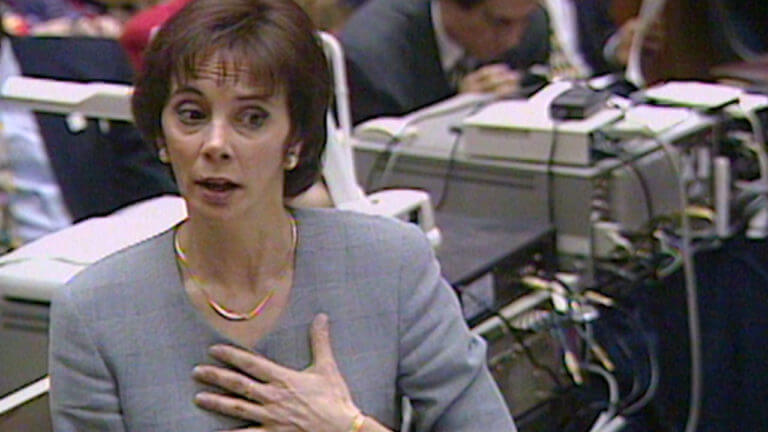