LOS ANGELES (AP) — In a courtroom that turned chaotic after a trial that seethed with tension, a Los Angeles jury on Friday found rapper Tory Lanez guilty of three felonies in the 2020 shooting of hip-hop star Megan Thee Stallion. The attack left her wounded with bullet fragments in her feet and Lanez’ conviction could send him to prison for more than 20 years. 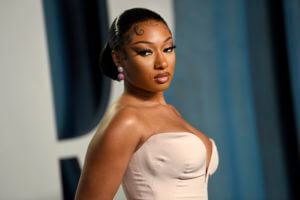 FILE – Megan Thee Stallion arrives at the Vanity Fair Oscar Party, March 27, 2022, at the Wallis Annenberg Center for the Performing Arts in Beverly Hills, Calif. Megan Thee Stallion is a three-time Grammy winner and hip-hop superstar, but her success hasn’t been enough to shield the 27-year-old from the power of widespread misinformation campaigns and social media vitriol leveled against her after she was shot in 2020. (Photo by Evan Agostini/Invision/AP, File)

Lanez, who was put in handcuffs and led to jail while wearing a powder pink coat with matching pants, showed no visible reaction as the verdict was read.

But moments later, after the jury was escorted out, his father, Sonstar Peterson, leapt up and shouted “This wicked system stands judged before God almighty!” as deputies closed in on him.

Peterson then pointed to the two prosecutors and yelled “You two are evil, wicked people. You know exactly what you did.”

With considerable effort, deputies wrestled him from the courtroom, where he shouted in the hallway.

The jury of seven women and five men deliberated since Thursday before convicting the 30-year-old Canadian rapper, whose legal name is Daystar Peterson, of assault with a semiautomatic firearm, having a loaded, unregistered firearm in a vehicle and discharging a firearm with gross negligence.

Jurors also agreed that there were aggravating factors in the attack, meaning Lanez could face up to 22 years in prison and deportation when is is sentenced on Jan 25.

Three young children, including Lanez’ son, sat in the front row of the courtroom while the verdict was read. A young girl cried and was hugged by Lanez’s stepmother, who was also tearful before she began shouting along with her husband.

Others in the audience shouted agreement, and one woman shouted “we love you Tory” as he was led away.

Supporters of Megan and Lanez gathered outside the courthouse for most of the eight-day trial and crowded the courtroom and the hallway. The scene was tense at times, but remained mostly peaceful until the verdict was read.

Megan Thee Stallion, whose legal name is Megan Pete, testified during the trial that Lanez fired a handgun at the back of her feet and shouted for her to dance as she walked away from an SUV in which they had been riding in the Hollywood Hills in the summer of 2020. She said the two had gotten into a dispute that became especially heated when she started insulting his music.

She needed surgery to remove bullet fragments from her feet.

After the verdict, her lawyer, Alex Spiro said “the jury got it right” and said he was “thankful there is justice for Meg.” 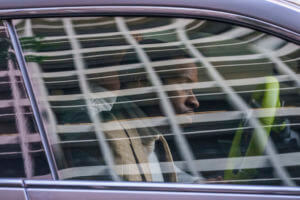 Lanez’ lawyer George Mgdesyan said they were “shocked by the verdict.”

“There was not sufficient evidence to convict Mr. Peterson,” Mgdesyan said in a statement. “We believe this case was not proven beyond a reasonable doubt. We will be exploring all options including an appeal.”

The shooting set off a storm of cultural issues and arguments that peaked during the trial, including the reluctance of Black victims to speak to police, the protection of Black women, gender politics in hip-hop, and online toxicity.

In closing arguments, prosecutors emphasized the courage it took for Megan come forward and the vitriol the 27-year-old faced for it. They said she had no incentive to tell anything but the truth.

After the verdict, District Attorney George Gascón praised her.

“You showed incredible courage and vulnerability with your testimony despite repeated and grotesque attacks that you did not deserve,” Gascón said in a statement. “You faced unjust and despicable scrutiny that no woman should ever face.”

Lanez’ lawyer alleged in his closing argument that the shots were actually fired by Megan’s then-best friend Kelsey Harris in a jealous fight over Lanez, who tried to stop the shooting. The attorney, George Mgdesyan, argued Megan created a more sympathetic narrative by pinning the shooting on Lanez.

“Megan Pete is a liar. She lied about everything in this case from the beginning,” Mgdesyan said. “She lied under oath here.”

Harris denied being the shooter and previously identified Lanez as the one holding the gun. Her attorney, in an email, declined to comment on her involvement.

Lanez began releasing mixtapes in 2009 and saw a steady rise in popularity, moving on to major-label albums. His last two reached the top 10 on Billboard’s charts.

Megan Thee Stallion was already a major rising star at the time of the shooting, and her prominence has surged since.

She won a Grammy for best new artist in 2021, and had No. 1 singles on the Billboard Hot 100 with her own song “Savage,” featuring Beyoncé, and as a guest on Cardi B’s “WAP.” 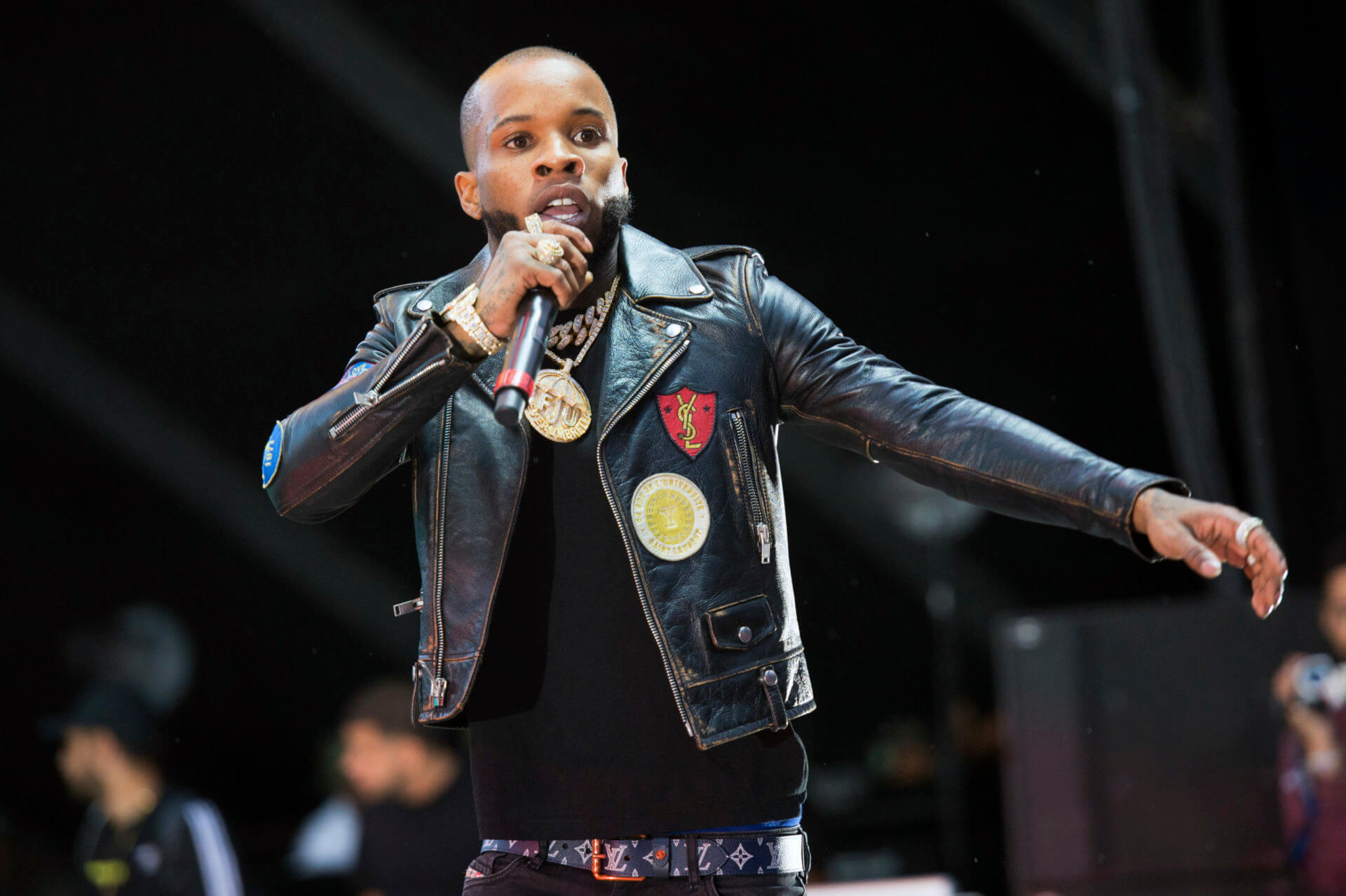