LOS ANGELES (AP) — Megan Thee Stallion took the stand in a Los Angeles courtroom Tuesday and told jurors that rapper Tory Lanez fired five shots at her feet, yelled at her to dance and wounded her as she tried to walk away from him in the Hollywood Hills more than two years ago. 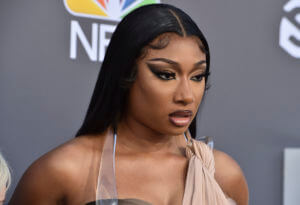 FILE – Megan Thee Stallion arrives at the Billboard Music Awards on May 15, 2022, at the MGM Grand Garden Arena in Las Vegas. Megan took the stand Tuesday, Dec. 13 in a Los Angeles courtroom in the trial of Tory Lanez, accusing the Canadian rapper of firing multiple gunshots at her feet as she tried to walk away from him in the Hollywood Hills more than two years ago. (Photo by Jordan Strauss/Invision/AP, File)

“I’m in shock. I’m scared,” the Grammy-winning hip-hop superstar testified Tuesday, according to The Los Angeles Times. “I hear the gun going off, and I can’t believe he’s shooting at me.”

Her testimony came on the second day of the trial of the Canadian rapper Lanez, 30, who has pleaded not guilty to discharging a firearm with gross negligence, assault with a semiautomatic firearm and carrying a loaded, unregistered firearm in a vehicle.

With supporters gathered both outside the courthouse and in the courtroom hallway, Megan walked into the courtroom wearing a purple suit with heavy security late Tuesday morning.

“I just don’t feel good,” Megan, 27, said at the beginning of questioning from Deputy District Attorney Kathy Ta. “I can’t believe I have to come in here and do this.”

She said that on July 12, 2020, she left a party at the Hollywood Hills home of Kylie Jenner in an SUV with Lanez, his bodyguard and her friend Kelsey Harris.

Megan said she and Lanez had become close, bonding over the loss of their mothers, and had an occasionally sexual relationship. Her friend Harris, who had a “crush” on Lanez, tried to stir up trouble between the women by telling Megan she needed to stop lying to her friend.

The argument spiraled out of control, and became even more heated when she and Lanez started trashing each other’s music and careers, Megan said.

“I feel like that really rubbed him the wrong way,” she said. “He kept yelling and cursing.”

She was wearing a bikini, but got out of the vehicle and tried to walk away when Lanez leaned out and opened fire, she said, leaving the back of her feet wounded. At one point, he yelled “Dance, b——-!” she testified. 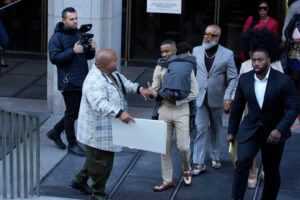 Daystar Peterson, the rap artist known as Tory Lanez, 30, walks out of the Clara Shortridge Foltz Criminal Justice Center while holding his young son as a supporter shakes his hand Tuesday, Dec. 13, 2022, in Los Angeles. Lanez is free on bail after being charged with felony assault for allegedly shooting rapper Megan Thee Stallion in the feet. (AP Photo/Damian Dovarganes)

Lanez’ attorney George Mgdesyan said in his opening statement that her injury showed she could not have gotten a clear look at the shooter behind her, and that he would present more evidence that countered her story during the trial.

Lanez, sitting at the defense table in a tan suit and turtleneck, took notes as she spoke.

He arrived at court holding his young son’s hand. He carried the boy out of the courthouse at lunch break and at the end of the day.

“This is my support system and I’m his too,” he told reporters.

Lanez, whose legal name is Daystar Peterson, could get more than 22 years in prison if convicted on all counts. He could also be deported to his native Canada.

Lanez has had a successful run of mixtapes and major-label records since his career began in 2009, with his last two albums reaching the top 10 on Billboard’s charts.

Megan Thee Stallion, whose legal name is Megan Pete, was already a major up-and-coming star at the time of the incident, and her career has skyrocketed since. She won a Grammy for best new artist in 2021, and had No. 1 singles on the Billboard Hot 100 with her own song “Savage” featuring Beyoncé and as a guest on Cardi B’s “WAP.” 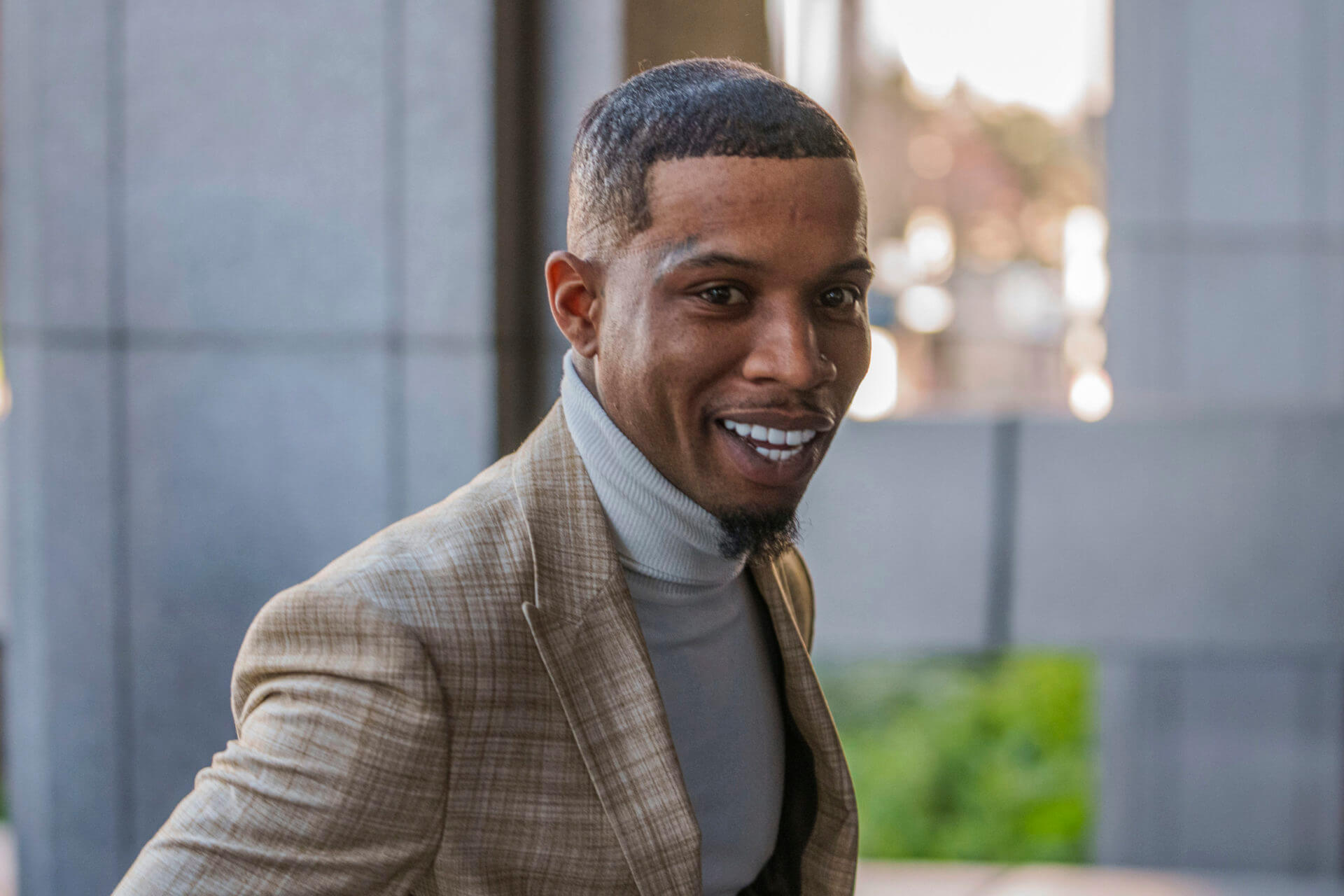