BYRON TOWNSHIP, Mich. (WXYZ) — Orthodontist, Dr. Thomas Patrick Shannon, is facing criminal charges after investigators say he was found to have solicited sexually explicit photos and videos from a minor in North Carolina through social media.

The Kent County Sheriffs Detective Bureau received a tip about Shannon’s online communications with a 17-year-old girl from the Fuquay, Virginia Police Department. 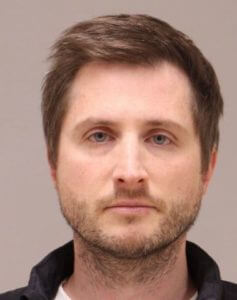 Detective Potts asked Shannon if he could recall talking to a young girl via Snapchat roughly two years ago, to which Shannon allegedly replied, “possibly, yes.”

“You asked for some nude photographs and you were going to send her money,” Detective Potts continued.

According to a probable cause affidavit filed in Kent County’s 63rd District Court, Shannon replied, “if it happened, obviously it’s all there and I have to fess up to it. I didn’t know anything more about that, but some girls are on there soliciting.”

Shannon then apparently made a confusing move.

This allegedly included photos of minors under the age of 10 and sexually explicit photos of prepubescent and adolescent children.

As Kent County Detective Christopher Goehring continued to investigate the case, he apparently found that Shannon had been communicating with known minors online and seeking explicit photos and videos since at least January 2019, and had used multiple social media apps and online banking accounts to do so.

Investigators believe Shannon had at some point attempted to “make arrangements to have sex with the minors.”

Search warrants were executed on Shannon’s devices and accounts, and Detective Goering allegedly discovered further images of naked boys and girls, including infants and prepubescent children.

The Kent County Sheriff’s Office is continuing to investigate the case and is urging anyone with information about Shannon’s activities to come forward.

Shannon’s attorney, Frank Stanley, sent a statement to FOX 17 Friday afternoon saying, “My client begins the legal process with the presumption of innocence. He has cooperated fully with authorities in their investigation. We look forwarding to his day in court when these allegations can be addressed.”

Shannon is expected to be arraigned at some point Friday on the following charges:

The Kent County Sheriff’s Office says if you or someone you know may have been impacted, call detectives at (616) 632-6125 or call Silent Observer at (616) 774-2345 to report information safely and anonymously.

This story was originally published Jan. 6, 2023 by WXYZ in Detroit, an E.W. Scripps Company.