MIAMI (AP) — Advanced DNA technology helped detectives link the cases of six women to a man accused of being the “pillowcase rapist” for a string of rapes back in the 1980s.

Robert Koehler is currently jailed in neighboring Miami-Dade County, where he faces charges for assaulting a woman in the early ’80s as well, Broward County Sheriff Gregory Tony said in a Tuesday morning news conference. 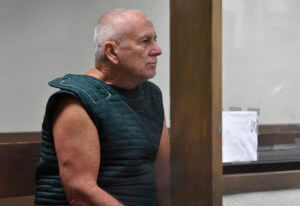 FILE – Robert Eugene Koehler sits in court at his first appearance before Judge David Silverman via closed circuit on Jan. 21, 2020 at the Brevard County Jail in Sharpes, Fla. Koehler is currently jailed in neighboring Miami-Dade County, where he faces charges for assaulting a woman in the early 1980s, Broward County Sheriff Gregory Tony said in a morning news conference Tuesday, June 7, 2022. Advanced DNA technology helped detectives link the cases of six women to the Florida serial rapist who was dubbed the “pillowcase rapist”. (Tim Shortt/Florida Today via AP, File)

Authorities believe Koehler, 62, may have committed 40 to 45 rapes, terrifying victims by breaking into their homes at night, the sheriff said. The assailant used a pillowcase or other fabric to cover his face — or the face of his victims — before assaulting them, tying them up and stealing items from their homes.

The assaults by the pillowcase rapists attracted extensive media attention in South Florida and the creation of a task force to investigate the sex crimes, sheriff’s officials said.

But the trail eventually turned cold and the cases ended up in the cold case unit. However, sheriff’s officials said the meticulous record-keeping on the original cases provided detectives the ability to test the evidence decades later.

They dug through 500 boxes of evidence and thousands of sexual assault cases to link the cases to Koehler, said Sgt. Kami Floyd.

Floyd began looking through the files in 2019 and found the case of a woman who was assaulted in her Pompano Beach apartment in June 1984. That led her to several other similar crimes in Broward County.

“It was a hunch,” Floyd said linking the first case she found to Koehler. “It was a hunch based specifically on this case, that he used a pillowcase to cover his face, and at no point was she able to identify who he was because she didn’t know what he looked like.”

Around the same time, in 2020, prosecutors in Miami-Dade County announced Koehler’s arrest and said he was thought to be the “pillowcase rapist” whose knifepoint attacks put women across South Florida on edge beginning in 1981.

Floyd got a search warrant for Koehler’s DNA and testing done by the sheriff’s office crime lab found it matched the evidence in the cases she was investigating, she said.

“When I found my first case, it actually saddened me to have to reach out to that victim and have her relive what had happened so many years ago,” Floyd said. 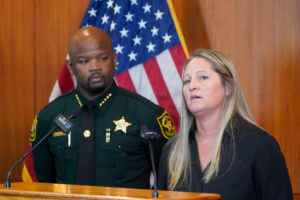 It was heartbreaking in many cases, she added, because some women had not even told their families what had happened to them. She said some of the victims told her they would need to talk it over with their families before discussing it with her.

“But when they did decide to come back and were brave enough to discuss it with me, I was very proud of them,” she said.

Their stories were all similar. They lived alone. They were assaulted at night, and the attacker apparently knew their habits, including in some cases the layout of their apartments.

Now, those victims are very relieved to know the man who attacked them may be brought to justice, she said.

“Several of them have commented that they hope more women will come forward,” Floyd said.

Floyd explained there are so many sexual assault cases in the cold case files, many from a time before records were computerized, making it difficult to match them.

“For those who haven’t come forward yet, this will bring you some closure,” she said.