A man was sentenced to life in prison Wednesday after confessing to the 2009 killing of a 17-year-old girl who disappeared while on a beach vacation in South Carolina.

Raymond Moody led police to Brittanee Drexel’s body in May after advances in technology helped investigators determine that the teen’s cellphone was in Moody’s vehicle the night she disappeared while walking alone along the Myrtle Beach waterfront. 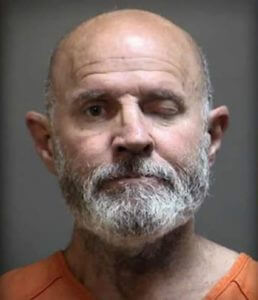 Drexel, a high school student from upstate New York, had been celebrating spring break with friends.

Moody, 62, confessed to her killing, saying he’d offered marijuana to Drexel and that she voluntarily went to his campsite 35 miles (56 kilometers) away in Georgetown County. After his girlfriend left, Moody said he tried to have sex with Drexel, who refused.

Moody said he then strangled Drexel because he realized he would go back to prison as a convicted sex offender — he had previously been convicted of raping an 8-year-old girl in California.

Drexel was always texting and her boyfriend, who stayed home near Rochester, New York, began looking for her within 15 minutes of her disappearance in April 2009, prosecutor Scott Hixon said.

That search went on for more than a decade. Drexel’s family repeatedly came to Myrtle Beach to keep attention on the missing teen. There were candlelight vigils and police sifted through hundreds of false tips as the case captured the attention of the true-crime community.

Among those tips were rumored links to other missing women and wild allegations of stash houses in which sexual abuse victims’ bodies were being fed to alligators.

“Some were excruciatingly sickening in detail on what some person claimed they did. Law enforcement had to spend a significant amount of time disproving what I would call crackpot, really breathtaking claims,” Hixon said.

Moody’s girlfriend came to police in 2011 and said she was abused. She knew Moody served 20 years of a 40-year prison sentence for raping a child in California and said she no longer believed Moody’s story that friends picked up Drexel while she was gone.

Investigators searched where Moody was staying and questioned him, but couldn’t gather enough evidence to charge them.

Then, in 2019, investigators decided to restart their investigation and take a new look at the evidence. Notably, advances in technology allowed police to pinpoint within a minute when Drexel’s cellphone went from moving at a walking pace to fast enough to be in a vehicle. 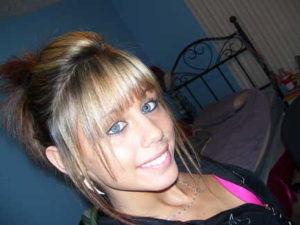 Initially, investigators had tried to sort through dozens of vehicles seen on a surveillance camera around the time the teen disappeared. More than 10 years later, now knowing the exact time Drexel got into a vehicle, they were able to pinpoint it to an SUV owned by Moody.

When authorities returned to question Moody, this time he confessed, telling investigators he had buried her body in a wooded area in Georgetown County, about 35 miles (56 kilometers) down the coast from where she disappeared.

Hixon said investigators could only go by his version of events and will never know if Drexel got into Moody’s SUV on her own or was forced inside. Hixon also said that because the teen’s body wasn’t found for 13 years, they can’t know if she was strangled or killed some other way or whether Moody abused her in other ways.

Drexel’s family joined prosecutors in asking for the life sentence. They said she was a loving teen, who played soccer, liked fashion and was like a mother for her younger siblings.

Dawn Drexel wore her daughter’s ashes in a necklace around her neck and told Moody he was a serial child predator who should be especially ashamed since he had three daughters.

Drexel’s mother said she was proud her daughter fought back, scratching Moody on his head, neck and face before she died.

“I hope you suffer in prison for the rest of your useless life,” Dawn Drexel said.