Last month, Judge Monte Watkins vacated the conviction of Abu-Ali Abdur’Rahman (ah-BOO’-ah-LEE’) (AHB’-dur-RAK’-mahn) after finding his Constitutional right to a fair trial had been violated because his trial was marred by racism during jury selection. According to the court order, Abdur’Rahman pleaded guilty to charges of murder, attempted murder and armed robbery for which he received three consecutive life sentences. 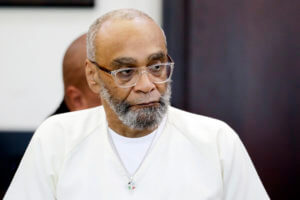 “My office has reviewed the court’s order, and we have significant concerns about its legality,” Slatery wrote in a letter to Nashville’s District Attorney Glenn Funk. “Despite these concerns, we have decided not to appeal, in part, because we think it would be unfair to expose Mr. Abdur’Rahman to continued uncertainty about his sentence.”

Now that Slatery has decided he won’t appeal, Abdur’Rahman will spend the rest of his life in prison but without the threat of execution.

Abdur’Rahman was originally sentenced to die in 1987 for the murder of Patrick Daniels, who was stabbed to death. Norma Jean Norman was also stabbed but survived. The stabbing took place in Norman’s house while her two young daughters, Katrina and Shawanna, huddled in a back bedroom.

In 2019, Slatery appealed Watkin’s first attempt to throw out Abdur’Rahman’s death sentence. Abdur’Rahman, who is Black, had petitioned to reopen his case, presenting evidence that prosecutors at his trial treated Black potential jurors differently from white potential jurors.

His attorneys eventually signed an agreement with Funk to reduce his sentence in return for Abdur’Rahman agreeing to drop any future appeals.

However, Slatery had argued that Watkins did not have the authority to modify Abdur’Rahman’s sentence based merely on an agreement with the district attorney. The Tennessee Court of Criminal Appeals agreed. It said Watkins could review the petition again but ordered him to follow procedures outlined in the appeals court’s decision. That order set the stage for November’s do-over.

“Although we have chosen not to appeal this order, we will continue to monitor all efforts to unlawfully modify or vacate final judgments, and we will take whatever action is necessary and appropriate to ensure that the law is followed,” Slatery said.