DALLAS (AP) — Dallas police have arrested a suspect in connection with a shooting that wounded three women in a hair salon in the city’s Koreatown and federal officials have launched a hate crime investigation, authorities said Tuesday.

The Dallas Police Department said the suspect is being interviewed and processed, and Chief Eddie Garcia is expected to release additional information about the arrest later in the day. 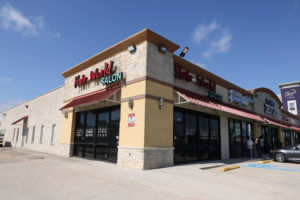 This photo shows the exterior of Hair World Salon on Thursday, May 12, 2022 in Dallas. Dallas’ police chief said Friday, May 13, 2022 that a shooting that injured three women in a hair salon in the city’s Koreatown might have been a hate crime as he announced that it could be connected to two other shootings at businesses run by Asian Americans. (Rebecca Slezak/The Dallas Morning News via AP)

Garcia has said the shooting last Wednesday at Hair World Salon could be connected to two other shootings at businesses run by Asian Americans in the area.

Also Tuesday, the FBI said it has opened a federal hate crime investigation along with federal prosecutors in Texas and the U.S. Department of Justice’s civil rights division.

Dallas FBI spokeswoman Melinda Urbina said agents are working with city police “to thoroughly investigate this incident” but that she couldn’t provide further information because the probe is ongoing.

The shooting in Dallas occurred a few days before a white gunman killed 10 Black people Saturday at a supermarket in Buffalo, New York, and a gunman who authorities said was motivated by political hatred for Taiwan killed one person and wounded five Sunday at a southern California church where mostly elderly Taiwanese parishioners had gathered.

In Dallas, authorities have said a man dressed all in black opened fire at the salon, then drove off from the shopping center in a maroon minivan. Garcia said investigators found that a similar vehicle had been reported as involved in two other recent shootings. Someone opened fire in an April 2 drive-by near the salon and Garcia said the minivan was also linked to a May 10 shooting about 25 miles (40 kilometers) southeast of there. No one was injured in either of those shootings.

The three women who were shot at the salon Wednesday were taken to a hospital with injuries that weren’t life-threatening.

Jane Bae, the daughter of one of the wounded women, told The Associated Press last week that her mother said she didn’t recognize the gunman who calmly walked into the salon, opened fire then left.

“He was calm. He just walked up to it and then stood there — didn’t walk around — but stood there and shot like 20 shots and then just calmly went out,” said Bae, who wasn’t there but had spoken with her mother.

The salon is in the heart of Koreatown, which is in a part of the city that was transformed in the 1980s from an industrial area to a thriving district with shopping, dining, markets, medical offices and salons.

Anti-Asian violence has risen sharply in recent years. Last year, six women of Asian descent were among the eight killed in a shooting at massage businesses in and near Atlanta, heightening anger and fear among Asian Americans. 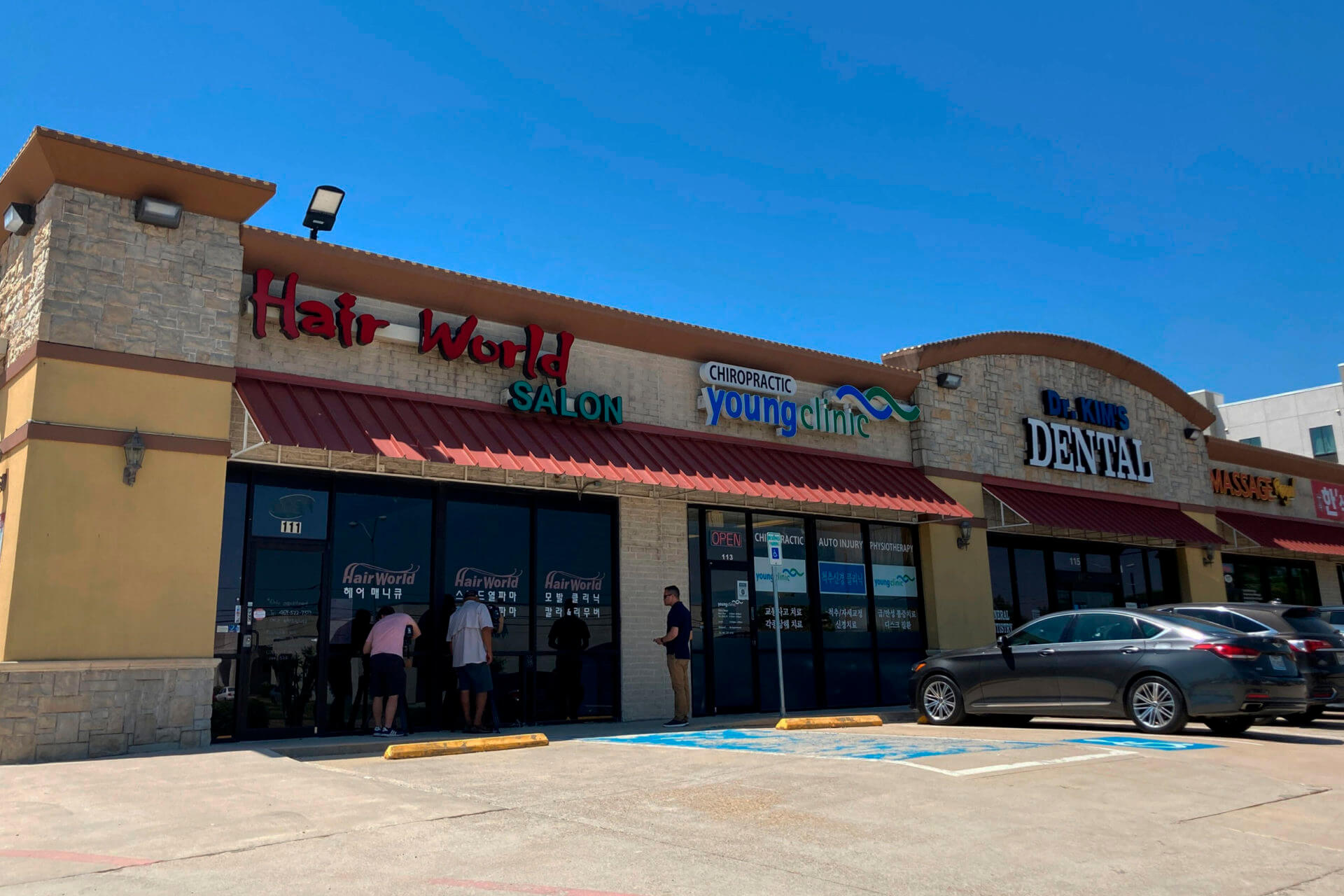 CORRECTS THE PHOTOGRAPHER'S LAST NAME TO STENGLE, INSTEAD OF STENGEL This photo shows the exterior of Hair World Salon in Dallas on Thursday, May 12, 2022. Police searched Thursday for a man who opened fire inside the hair salon in Dallas' Koreatown area, wounding three people. Authorities do not yet know why the man shot the three female victims Wednesday afternoon at Hair World Salon, which is in a shopping center with many businesses owned by Korean Americans. (AP Photo/Jamie Stengle)
MORE NEWS