INDIANAPOLIS (WRTV) — The Indiana Supreme Court on Thursday heard an appeal from a woman who was sentenced to life in prison for killing her 10-year-old stepdaughter.

Amanda Carmack appeared in court challenging whether “sufficient evidence proved beyond a reasonable doubt that she did not act in ‘sudden heat'” when she killed Skylea Carmack. 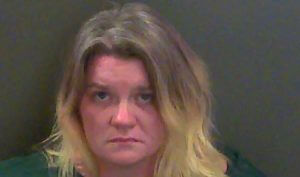 A judge previously ordered Amanda Carmack to serve life in prison without parole for of the10-year-old girl, whose body was discovered in September 2019. She had last been seen days earlier.

In 2020, a mistrial was declared after an outbreak of COVID-19 cases. The trial began Oct. 19 of that year and was delayed for one week on Oct. 27 when individuals associated with the trial were found to be COVID-19 positive. 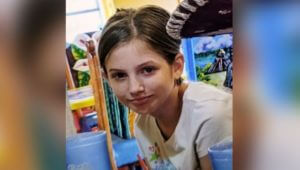 The Grant County Coroner said Skylea died of strangulation and had been dead four days when state police found her body.

According to court documents, when questioned by detectives about whether she had done anything to the child, Amanda Carmack said, “I don’t remember,” or “it doesn’t matter.” But she eventually admitted to killing Skylea, by choking the girl and then tying “something” around her neck.

Carmack said she did it because she was angry and claimed “mental disease” as her defense. But a mental evaluation found the woman was competent to stand trial.

According to court documents, Carmack eventually admitted to killing Skylea, by choking the girl and then tying “something” around her neck.

This story was originally published Sept. 22, 2022 by WRTV in Indianapolis, an E.W. Scripps Company.