LAS VEGAS (AP) — Two physicians enlisted to oversee what would be Nevada’s first execution since 2006 don’t ever want to be identified publicly, state officials told a federal judge on Wednesday.

Prison officials want to use a never-before-tried combination of three or four drugs to execute Zane Michael Floyd by lethal injection, including the powerful synthetic opioid fentanyl and the anesthetic ketamine.

The 46-year-old Floyd, who was was convicted in 2000 of killing four people and wounding a fifth in a 1999 shotgun attack at a Las Vegas grocery store, does not want to die and has several cases that could delay or stop his execution pending in court. 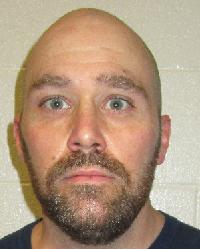 His attorneys have asked U.S. District Judge Richard Boulware II to require the state to provide information about the professional qualifications of any doctors, emergency medical technicians and intravenous injection administrators involved in the execution.

After Boulware said he expects to be able to review the professional credentials of the doctors, William Gittere, deputy Nevada Department of Corrections director, said the doctors might balk at being required to testify — even in a closed-door hearing before only the judge and defense attorneys.

“I don’t think either one would agree, knowing that information could later be released and cause them to be identified,” Gittere said. “Both are very careful and very concerned about being publicly identified.”

“We’ll have to make a determination about that,” the judge responded, adding that he wanted to be able to determine if the physicians would be able to conduct what he termed “significant and complex” medical procedures.

Gilmer told the judge that that there are deadlines that could make the question about identifying doctors moot — including the Feb. 28 expiration date of the ketamine to be used in the execution.

Since state law allows a minimum of two weeks’ notice to schedule an execution, a death warrant must be issued by Feb. 13, a Sunday, to carry out an execution by Feb. 28, Gilmer said.

Alexander Chen, chief deputy Clark County district attorney, noted that Floyd has three cases pending before the Nevada Supreme Court that could make the state miss the deadline. One is whether the state judge currently assigned to handle Floyd’s case will continue in that role. The state high court has not indicated when it will rule.

Boulware postponed until at least next week his plan to hear final arguments to wrap up hearings held in December to collect testimony from experts about whether the state execution plan would subject Floyd to an unconstitutionally cruel and inhumane death.

Robert Dunham, executive director of the nonprofit Death Penalty Information Center in Washington, said in a telephone interview that many of the 27 U.S. states with capital punishment do not require public identification of physicians who attend executions.

He pointed to American Medical Association guidelines that say medical professionals should not be involved in the involuntary taking of a human life.

“Doctors are ethically prohibited from taking part in executions,” Dunham told The Associated Press. “That’s why nearly all doctors don’t want to participate and those who do don’t want to be identified.”

But Dunham said courts, the public and the condemned person should be able to know the qualifications of anyone contracted to take part, including doctors, EMTs and others.

“The person who is being executed has an interest in not being tortured to death,” he said.