TAMPA (WFTS) — The Tampa Police Department has announced the arrest of a suspect after someone fired multiple shots into a car with a family of five inside in an apparently random shooting last week.

According to TPD Chief Mary O’Connor, the shooting happened Oct. 5 around 4:30 a.m. The mother was grazed by a bullet on her head, O’Connor said, and no one else was injured. 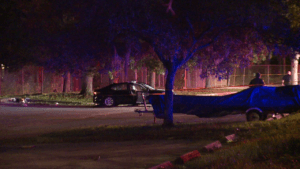 The Tampa Police Department has announced the arrest of a suspect after someone fired multiple shots into a car with a family of five inside in an apparently random shooting last week. (WFTS)

Police announced the arrest of Christoper Stamat Jr., 21, on Saturday in a press release. Stamat did not provide any motive for the shooting to police. He said that he felt people were stalking and following him in different vehicles. Police still do not believe that the victims knew the suspect.

“Our community as a whole can sleep easier tonight knowing the suspect linked to this monstrous, random act of violence is no longer free to prey on innocent people,” O’Connor said in a release to media Saturday night.

According to the chief, the family is currently experiencing homelessness and has been sleeping in their vehicle. She said the family consists of the dad, mom, and three children, ages 9, 4, and 3. She said the mother is also 9-weeks pregnant.

The chief said the family is originally from the Tampa area but has been living out of state and had only been back in the area for three days.

“As far as we can tell, this may just be a random act of violence,” said O’Connor. 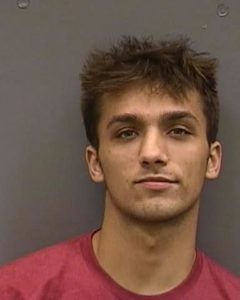 It’s senseless violence that anti-violence advocate Patricia Brown said could have been much worse. She knows firsthand after losing her son almost three years ago.

“This is what I fight for because he was coming home from work and got caught in the neighborhood where I stayed in,” said Patricia Brown with Rise Up For Peace.

O’Connor said the department has worked with the family, and they now have a temporary place to stay when the mom is released from the hospital.

But longer term, Metropolitan Ministries says they’re hoping to get in touch with the family to help put them into something more permanent.

This story was originally published Oct. 9 by WFTS in Tampa Bay, an E.W. Scripps Company.