ROSWELL, N.M. (AP) — The trial of a New Mexico man accused of murdering his wife and four daughters in 2016 began Tuesday.

The trial began after a day and a half of jury selection at the Chaves County Courthouse in Roswell. 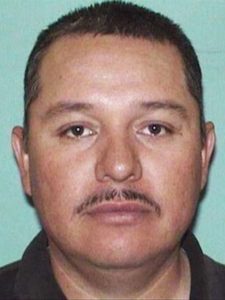 Cynthia Villegas and her daughters were found dead inside their home, each shot in the head at close range with a .22 caliber rifle or handgun. Villegas-Hernandez later packed up some things and left and was arrested in Mexico, Esquibel said.

Witnesses who testified Tuesday included Cynthia Villegas’ niece, Anna Carrasco, who stumbled upon one of the girls’ bodies the night of the killing, and Roswell Police Department Lt. Ray Sharpe, one of the first officers to respond to Carrasco’s 911 call.

Villegas-Hernandez’s attorney, Herman Ortiz, acknowledged the brutality of the crime, calling it horrific and heartbreaking.

Ortiz said there is no testimony from anyone about seeing Villegas-Hernandez at the scene of the killings or with a firearm and no evidence that he ever purchased a gun. He also disputed that Villegas-Hernandez had a motive to kill his family.

Ortiz said that the the police conducted their investigation poorly, ignoring evidence at the scene “that were pointing in another direction” and failing to try to find any other suspect up until a few months before the trial.

According to Ortiz, another person had been identified who had a history of leveling threats against Villegas-Hernandez and his family and was in Mexico.