ST. LOUIS (AP) — A 19-year-old woman is asking a federal court to allow her to watch her father’s death by injection, despite a Missouri law barring anyone under 21 from witnessing an execution. 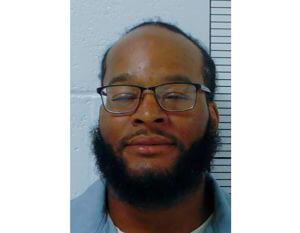 FILE – This photo provided by the Missouri Department of Corrections shows Kevin Johnson. A judge has declined to vacate the death sentence for Johnson, who is scheduled to be executed Tuesday, Nov. 29, 2022, for killing Kirkwood, Mo., Police Officer William McEntee in 2005. A special prosecutor appointed to look into the case had urged the court to halt the death sentence, citing concerns about racial bias. Johnson is Black and McEntee was white. (Missouri Department of Corrections via AP, File)

Meanwhile, Johnson has requested that his daughter, Khorry Ramey, attend the execution, and she wants to be there. On Monday, the American Civil Liberties Union filed an emergency motion with a federal court in Kansas City. The ACLU’s court filing said the law barring under 21s serves no safety purpose and violates Ramey’s Constitutional rights.

Ramey, in a court declaration, called Johnson “the most important person in my life.”

“If my father were dying in the hospital, I would sit by his bed holding his hand and praying for him until his death, both as a source of support for him, and as a support for me as a necessary part of my grieving process and for my peace of mind,” Ramey said.

Johnson, now 37, has been incarcerated since Ramey was 2. The ACLU said the two have been able to built a bond through visits, phone calls, emails and letters. Last month, she brought her newborn son to the prison to meet his grandfather.

ACLU attorney Anthony Rothert said if Ramey can’t attend the execution it will cause her “irreparable harm.”

Meanwhile, Johnson’s lawyers have filed appeals seeking to halt the execution. They don’t challenge his guilt but claim racism played a role in the decision to seek the death penalty, and in the jury’s decision to sentence him to die. Johnson is Black and McEntee was white.

Johnson’s lawyers also have asked the courts to intervene for other reasons, including a history of mental illness and his age — he was 19 at the time of the crime. Courts have increasingly moved away from sentencing teen offenders to death since the Supreme Court in 2005 banned the execution of offenders who were younger than 18 at the time of their crime.

In a court filing last week to the U.S. Supreme Court, the Missouri Attorney General’s Office stated there were no grounds for court intervention.

“The surviving victims of Johnson’s crimes have waited long enough for justice, and every day longer that they must wait is a day they are denied the chance to finally make peace with their loss,” the state petition stated.

McEntee, a husband and father of three, was among the police officers sent to Johnson’s home on July 5, 2005, to serve a warrant for his arrest. Johnson was on probation for assaulting his girlfriend, and police believed he had violated probation.

Johnson saw officers arrive and awoke his 12-year-old brother, Joseph “Bam Bam” Long, who ran next door to their grandmother’s house. Once there, the boy, who suffered from a congenital heart defect, collapsed and began having a seizure.

Johnson testified at trial that McEntee kept his mother from entering the house to aid his brother, who died a short time later at a hospital.

Later that evening, McEntee returned to the neighborhood to check on unrelated reports of fireworks being shot off. That’s when he encountered Johnson.

Johnson pulled a gun and shot the officer. He then approached the wounded, kneeling officer and shot him again, killing him.

The execution would be the first of three in the coming months in Missouri. The state plans to execute convicted killers Scott McLaughlin on Jan. 3 and Leonard Taylor on Feb. 7.

Sixteen men have been executed in the U.S. this year. Alabama inmate Kenneth Eugene Smith had been scheduled to die Thursday for killing a preacher’s wife in a murder-for-hire plot, but the execution was halted because state officials couldn’t find a suitable vein to inject the lethal drugs.