GUNTERSVILLE, Ala (AP) — A man convicted of killing three people, including a 7-year-old boy, in robberies that netted $600 was sentenced to death on Monday by a judge who called him “a reason for the death penalty to exist.”

A judge handed down the death sentence to Jimmy O’Neal Spencer in accordance with the jury’s decision last month, news outlets reported. Spencer, who had been on parole at the time of the killings, was found guilty of capital murder in the 2018 deaths of Martha Dell Reliford, 65; Marie Kitchens Martin, 74; and Martin’s great-grandson, Colton Ryan Lee, 7. 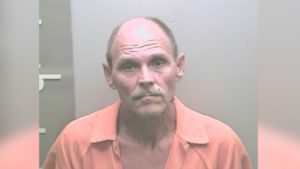 The women were killed in separate robberies that netted about $600, prosecutors said, and the boy was killed because he was a witness.

“It’s ordered and judged by this court that you be sentenced to death and you deserve death. If there ever was a reason for the death penalty to exist in this state, you’re it,” Marshall County Circuit Judge Tim Riley told Spencer, according to WHNT.

The judge was bound to the jury’s death sentence decision because lawmakers in 2017 ended the ability of a judge to override a jury’s sentence recommendation in capital murder cases. Spencer and the victims’ families spoke to the court before the death sentence was pronounced.

“He belongs in hell,” Nellie Wray, Reliford’s sister, said, according to al.com. “He killed a baby and two innocent women.”

Spencer had been paroled eight months before the slayings. He was released after serving 28 years of a life sentence for a variety of convictions including burglary and assault. Evidence over four days of trial showed Spencer did well initially after being released from prison but returned to crime after losing a job.

Politicians cited Spencer’s case in pushing to make the state’s parole process tougher, and the rate of paroles has dropped sharply since then.

Spencer told the court he would would go back and change what happened if he could.

“I am sorry about what happened. There’s no way I can change it. If I could I would.”

During the trial, investigators played an audio recording of Spencer saying he went to the houses in July 2018 to steal money and committed the killings to avoid leaving witnesses.

He first went to the home of Reliford, whom he had met through a relative, and hit her in the head with a hatchet, authorities said. Worried the woman wasn’t dead, Spencer cut her throat with a kitchen knife before fleeing with about $600.

Days later, after the money ran out, he went to the home of Martin, Reliford’s neighbor, and strangled her with a dog leash before cutting her throat, authorities said. Spencer bashed the child’s head with a hammer to prevent the boy from identifying him and left with $13, authorities said.

While the defense challenge Spencer’s mental competency, a judge ruled he was able to stand trial.