PHOENIX (AP) — A trial date next April has been set for a man charged with attempted murder and other crimes in a Dec. 14 shooting that left a Phoenix police officer critically wounded. 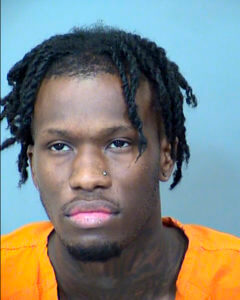 Williams was arrested early the morning of Dec. 14 at an apartment complex where Officer Tyler Moldovan, 22, was shot as police searched for a man seen running from a car that reportedly had been driven erratically a short time earlier.

A Dec. 14 police probable-cause statement said Moldovan, 22, was placed on life support after being shot multiple times, including once in the head. and the Police Department tweeted Wednesday that he remained in extremely critical condition.

Williams, who remains jailed in lieu of $3 million bond, was not present in court during his brief arraignment hearing Thursday.

A Dec. 23 indictment charged Williams with attempt to commit first-degree murder, attempt to commit aggravated assault with a deadly weapon, resisting arrest and three counts of being a prohibited person in possession of a firearm. 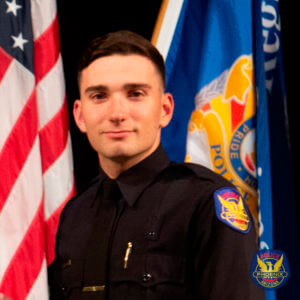 The Maricopa County Public Defender’s Office, which is representing Williams, did not immediately respond to a request by The Associated Press for comment on the allegations.

The probable-cause statement said police recovered the handgun used to shoot Moldovan and also found a second handgun, which had an extended magazine, in the patio where Williams had been hiding at the apartment complex.

Williams was sentenced to multiple prison terms in 2017 and was released in 2020, according to Arizona Department of Corrections, Rehabilitation and Reentry records.