TUCSON, Ariz. (KGUN) — Almost ten years after it happened, an Arizona man has pleaded guilty in the shooting death of his girlfriend. 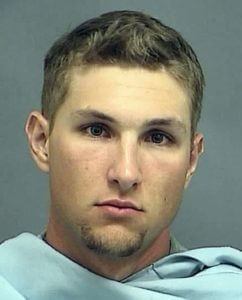 Ronald Corbin was initially arrested in 2012 on suspicion of manslaughter in connection with the death of 27-year-old Genna Ayup. He was 26 at the time. Now 36, Corbin pleaded guilty to negligent homicide in the death of Ayup. He is pictured here in his 2012 booking photo. (Tucson Police Dept.)

Ronald Corbin has pleaded guilty to negligent homicide in the death of Genna Ayup. He was changing the hand grips on his gun when it went off; then shot Ayup in the head. She was holding their baby at the time.

Corbin and his attorney admitted to those details in court.

When the shooting happened in 2012, the Pima County Attorney’s office regarded it as an accident and did not prosecute. 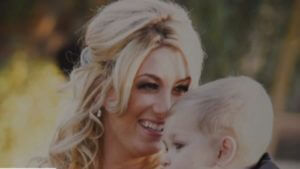 Corbin’s guilty plea was the result of plea negotiations, with prosecutors recommending probation. Judge Scott McDonald said he will probably order three years probation when Corbin is sentenced March 18. That’s the most probation time he can order under sentencing guidelines for negligent homicide.

If Corbin violates his probation he could face almost four years in prison.

This story was originally published Feb. 18, 2022, by KGUN in Tucson, an E.W. Scripps Company.