MOBILE, Ala. (AP) — A man awaiting a state trial in the 2018 death of an Alabama police officer was sentenced to 25 years in prison Monday on federal weapons charges.

Marco Perez faces a state capital murder charge in the 2018 death of Mobile police officer Sean Tuder. Monday’s federal court sentence was for the crimes of receiving a firearm while under indictment and possession of a stolen firearm. 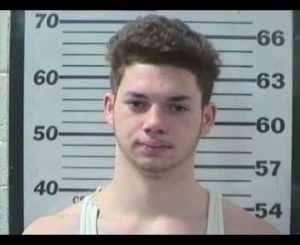 He was convicted on those charges in federal court in October. Perez was found not guilty in the October trial of obstructing justice by killing a witness, Tuder, who was working undercover when he tried to arrest Perez in November 2018. The defense argued then that Tuder didn’t identify himself as an officer and Perez acted legally under Alabama’s “stand your ground” law to what he believed was an attack.

Perez’s state capital murder trial is scheduled for August. Prosecutors have said they will seek the death penalty if he is convicted.

At the time Tuder died, Perez, then 19, was wanted in connection with a string of break-ins and probation violations.

Prior to his October federal trial, a state judge in Mobile County refused to grant Perez immunity from prosecution under the “stand your ground” law, which allows the use of force in self defense.

WALA-TV reports that the federal judge heard testimony from Tuder’s loved ones, including his mother, who described the moment she learned of her son’s death. “I fell to my knees, crying. … I could not and did not want to believe it,” Noreen Tuder said.