Prosecutors say that while Bannon promised donors all the money they gave would go to building the wall, he was involved in funneling hundreds of thousands of dollars to two other people involved in the scheme. The indictment didn’t identify those people by name, but the details match those of Brian Kolfage and Andrew Badolato, who pleaded guilty to federal charges in April. 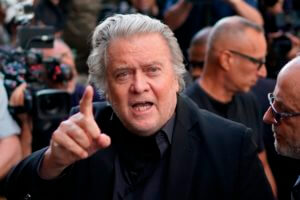 Bannon’s state-level charges in New York stem from the same alleged conduct as an attempted federal prosecution that ended abruptly, before trial, when Trump pardoned Bannon on his last day in office. Manhattan prosecutors also charged WeBuildTheWall, Inc., a nonprofit entity that Bannon and others allegedly used to solicit donations.

Presidential pardons apply only to federal crimes, not state offenses. In Bannon’s case, any double jeopardy argument would likely fall flat because his federal case didn’t involve an acquittal or conviction.

“This is an irony,” Bannon told reporters as he entered the building.

“On the very day the mayor of this city has a delegation down on the border, they are persecuting people here, that try to stop them at the border,” he said, referring to a recent trip by New York City officials to Texas. 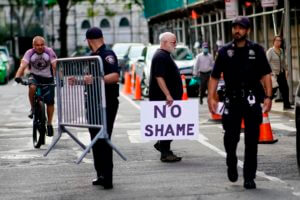 “This is all about 60 days from the day,” he said, referring to the upcoming national election in November.

In an earlier, written statement, Bannon accused Manhattan District Attorney Alvin Bragg of pursing “phony charges” against him ahead of the midterm election, saying the Democratic prosecutor targeted him because Bannon and his radio show are popular among Trump’s Republican supporters.

Bannon said federal prosecutors “did the exact same thing in August 2020 to try to take me out of the election,” referring to his arrest months before Trump’s reelection loss. “This is nothing more than a partisan political weaponization of the criminal justice system.”

In 2020, federal agents pulled Bannon from a luxury yacht off the Connecticut coast and arrested him on charges he pocketed more than $1 million in wall donations. Prosecutors alleged thousands of investors were tricked into thinking all of their donations would go toward the border wall project, although Bannon instead paid a salary to one campaign official and personal expenses for himself. 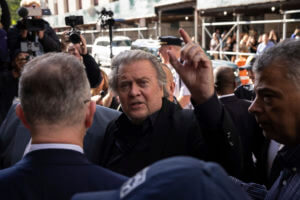 The states of Texas and Arizona recently began busing asylum-seekers to New York and Washington D.C. in an attempt to ratchet up political pressure on President Joe Biden’s administration to stop people from crossing into their states from Mexico. New York City Mayor Eric Adams recently dispatched a fact-finding team to Texas, partly to find out whether migrants were getting on the buses voluntarily.

While the wall Bannon’s group proposed was to be built on the U.S. southern border, more than 1,000 miles from the Big Apple, Manhattan prosecutors have jurisdiction to pursue charges against Bannon because some donors to the effort lived in New York.

Federal prosecutors, in the trial of a former Bannon co-defendant, noted that some residents of the New York City area had donated to the wall-building project. One witness that testified was an official with the charities bureau of the New York attorney general’s office who said that a charity backing the wall project had filed paperwork to accept donations in the state. The attorney general’s office is also involved in Bannon’s state criminal case.

Bannon, who had pleaded not guilty to the federal charges, was dropped from the federal case when Trump pardoned him.

Kolfage and Badolato had been scheduled to be sentenced this week, but that was recently postponed to December. A third defendant’s trial ended in a mistrial in June after jurors said they could not reach a unanimous verdict.

In another case not covered by Trump’s pardon, Bannon was convicted in July on contempt charges for defying a congressional subpoena from the House committee investigating the Jan. 6 insurrection at the U.S. Capitol. He is scheduled to be sentenced in October and faces up to two years in federal prison. 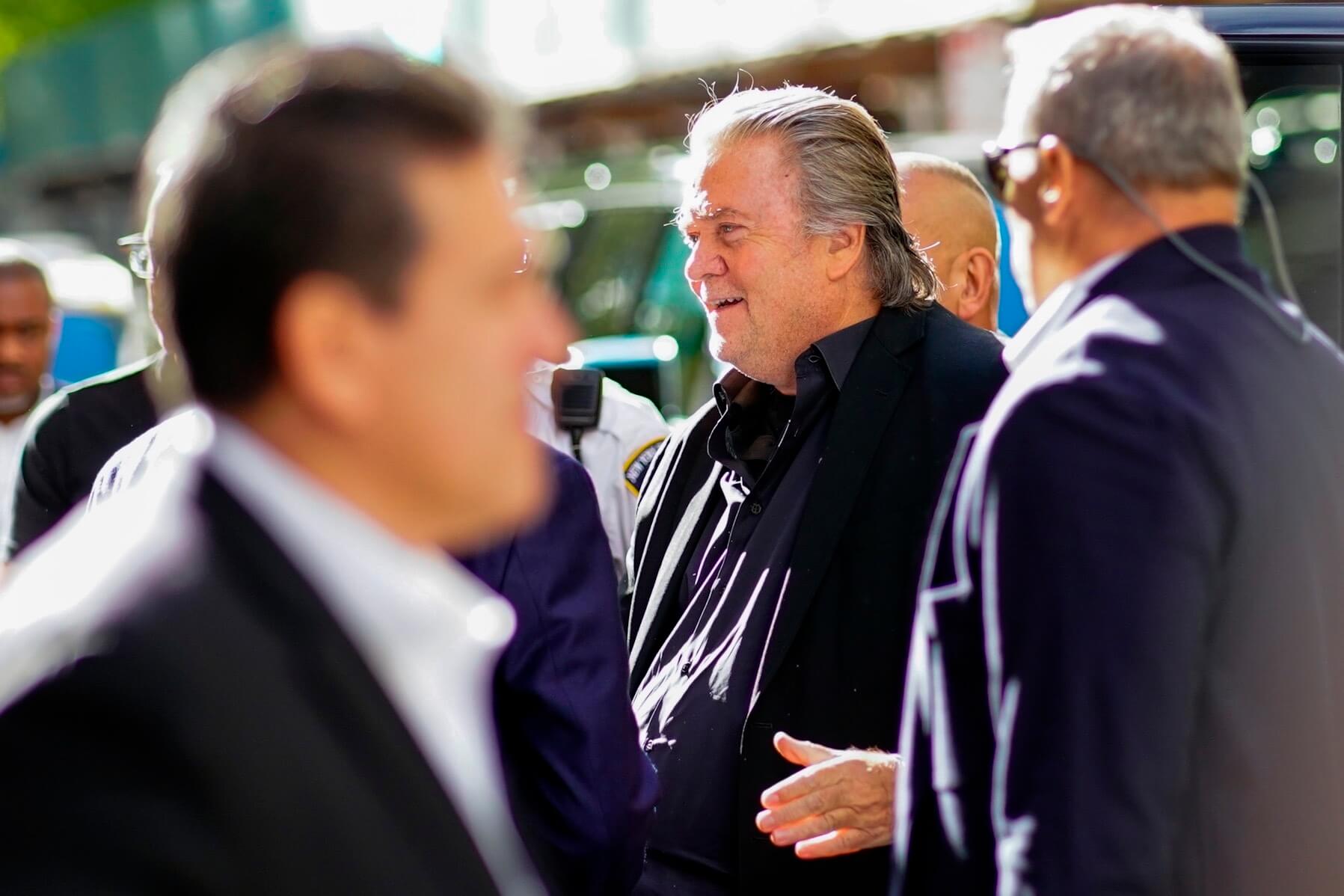