BUFFALO, N.Y. (AP) — The white man charged with carrying out a racist mass shooting that killed 10 people at a Buffalo supermarket pleaded not guilty Thursday to hate-motivated domestic terrorism and other charges as a prosecutor called the evidence against him overwhelming.

A lawyer entered the plea for Payton Gendron, 18, who didn’t speak during a brief hearing with a heavy security presence. Several court officers stood against the courtroom wall, keeping an eye on the roughly 30 spectators. 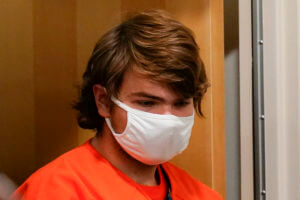 Payton Gendron is led into the courtroom for a hearing at Erie County Court, in Buffalo, N.Y., Thursday, May 19, 2022. Gendron faces charges in the May 14, fatal shooting at a supermarket. (AP Photo/Matt Rourke)

Witnesses, police and Gendron’s own video and writings incriminated him as the gunman who used an AR-15-style assault rifle to target shoppers and employees of a Tops Friendly Market, which authorities said he chose because of its location in a predominantly Black neighborhood. All 10 people killed in the May 14 assault were Black.

“There is overwhelming proof of the defendant’s guilt,” Assistant District Attorney John Fereleto said. “The defendant was caught at the scene of the crime with the weapon in his hands.”

Gendron has been held without bail since the shooting and is due back in court July 7. 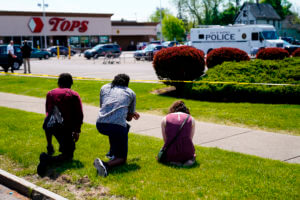 FILE – People pray outside the scene of a shooting where police are responding at a supermarket, in Buffalo, N.Y., May 15, 2022. When police confronted Payton Gendron, the white man suspected of killing 10 Black people at the supermarket, he had an AR-15-style rifle and was cloaked in body armor. Yet officers talked to Gendron, convinced him to put down his weapon and arrested him without firing a single shot. Some people are asking why that type of treatment hasn’t been afforded to Black people in encounters where they were killed over minor traffic infractions, or no infractions at all. (AP Photo/Matt Rourke, File)

The domestic terrorism charge — officially, domestic acts of terrorism motivated by hate in the first degree — accuses Gendron of killing at least five people “because of the perceived race and/or color” of his victims.

Prosecutors said Gendron drove about three hours to Buffalo from his home in Conklin, New York, intending to kill as many Black people as possible. Shortly before opening fire, he posted documents that outlined his white supremacist views and revealed he had been planning the attack for months.

The slain victims ranged in age from 32 to 86. Three other people were wounded.

The shooting, followed 10 days later by a mass shooting that killed 19 children and two teachers inside an elementary school in Uvalde, Texas, has renewed a national debate about gun control. 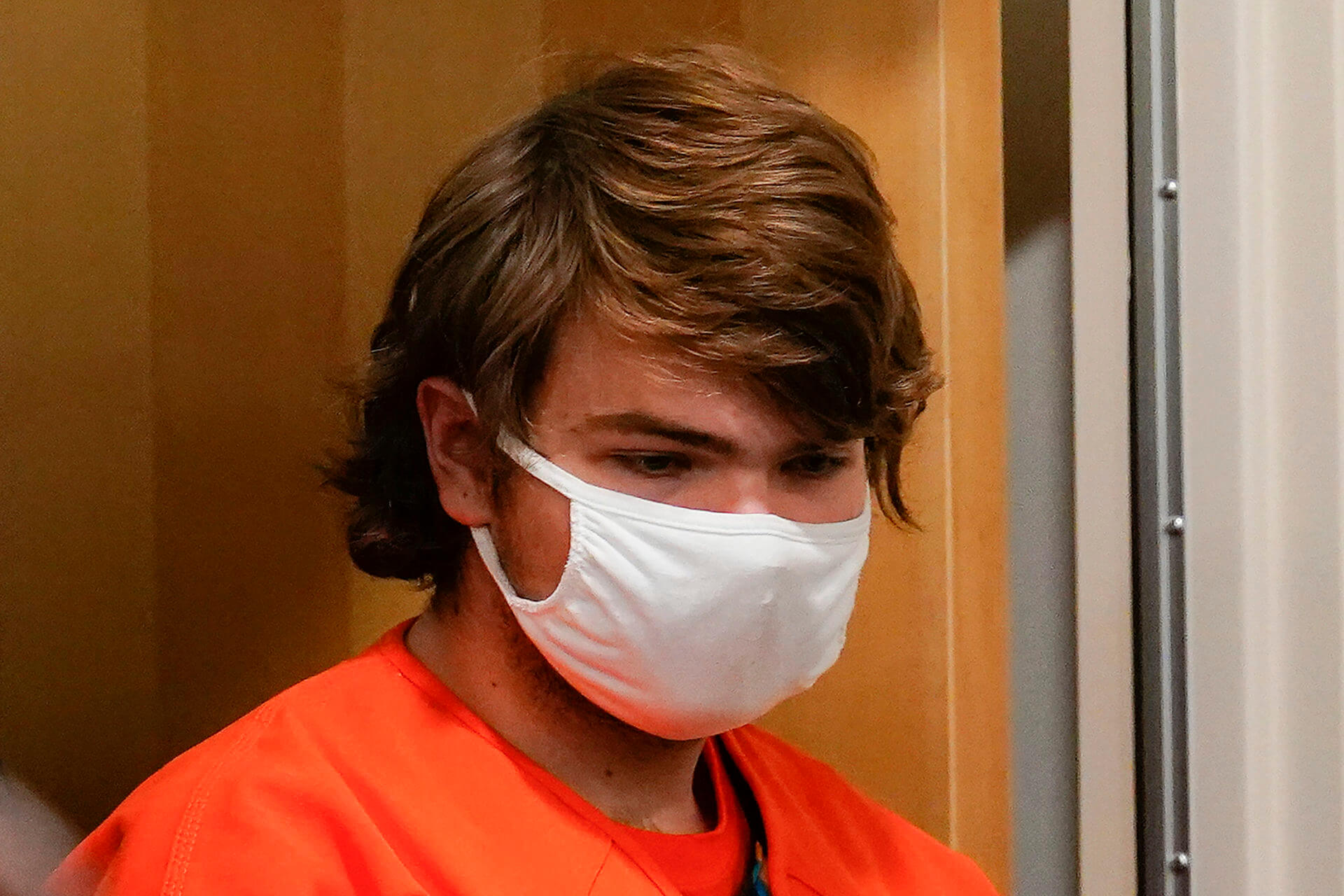 Payton Gendron is led into the courtroom for a hearing at Erie County Court, in Buffalo, N.Y., Thursday, May 19, 2022. Gendron faces charges in the May 14, fatal shooting at a supermarket. (AP Photo/Matt Rourke)
MORE NEWS