WASHINGTON (AP) — Capitol Police Chief Steven Sund on Thursday defended his department’s response to the violent breach at the Capitol, saying officers “acted valiantly when faced with thousands of individuals involved in violent riotous actions” as they stormed the building.

Rioters “actively attacked” Capitol police and other law enforcement officers Wednesday with metal pipes, discharged chemical irritants, and took up other weapons against our officers,” Sund said in a statement. 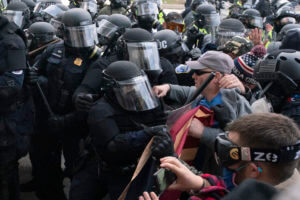 Capitol police officers in riot gear push back demonstrators who try to break a door of the U.S. Capitol on Wednesday, Jan. 6, 2021, in Washington. (AP Photo/Jose Luis Magana)

The attack on the Capitol was “unlike any I have ever experienced in my 30 years in law enforcement here in Washington, D.C.,” said Sund, a former city police officer. ”Make no mistake: these mass riots were not First Amendment activities; they were criminal riotous behavior. The actions of the USCP officers were heroic given the situation they faced.”

Sund’s statement came after lawmakers from both parties vowed an investigation into how law enforcement handled Wednesday’s violent breach at the Capitol, questioning whether a lack of preparedness allowed a mob to occupy and vandalize the building.

Capitol Police, who are charged with protecting Congress, turned to other law enforcement for help with the mob that overwhelmed the complex and sent lawmakers into hiding. Both law enforcement and Trump supporters deployed chemical irritants during the hourslong occupation of the complex before it was cleared Wednesday evening. 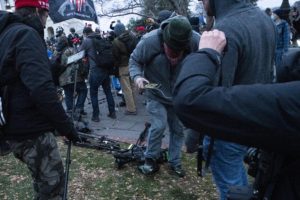 Four people died, one of them a woman who was shot and killed by police inside the Capitol. Three other people died after suffering “medical emergencies” related to the breach, said Robert Contee, chief of the city’s Metropolitan Police Department.

Police said 52 people were arrested as of Wednesday night, including 26 on the Capitol grounds. Fourteen police officers were injured, Contee said.

Rep. Zoe Lofgren, D-Calif., chairwoman of the House Administration Committee, said the breach “raises grave security concerns,″ adding that her committee will work with House and Senate leaders to review the police response — and its preparedness.

Lawmakers crouched under desks and donned gas masks while police futilely tried to barricade the building when people marched to the Capitol from a rally near the White House in support of President Donald Trump. Washington’s mayor instituted an evening curfew in an attempt to contain the violence.

Rep. Val Demings, D-Fla., a former police chief, said it was “painfully obvious” that Capitol police “were not prepared for today. I certainly thought that we would have had a stronger show of force, that there would have been steps taken in the very beginning to make sure that there was a designated area for the protesters in a safe distance from the Capitol.” 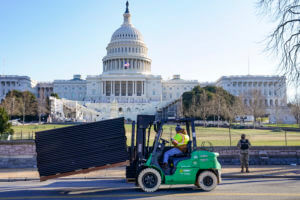 In an interview with MSNBC Wednesday night, Demings said it appeared police were woefully understaffed, adding that “it did not seem that they had a clear operational plan to really deal with” thousands of protesters who descended on the Capitol following Trump’s complaints of a “rigged election.”

The rioters were egged on by Trump, who has spent weeks falsely attacking the integrity of the election and had urged his supporters to come to Washington to protest Congress’ formal approval of President-elect Joe Biden’s victory. The protests interrupted those proceedings for nearly seven hours.

The mob broke windows, entered both the Senate and House chambers and went into the offices of lawmakers, including House Speaker Nancy Pelosi, D-Calif.

Demings said there were “a lot of unanswered questions and I’m damn determined to get answers to those questions about what went wrong today.”

A police spokeswoman could not immediately be reached for comment late Wednesday.

Rep. Karen Bass, D-Calif., said she was outraged to see accounts on social media of a Capitol Police officer posing for a photo with a protester. “Would you take a selfie with someone who was robbing a bank?” she asked. “I can’t imagine if a couple of thousand of (Black Lives Matters) protesters had descended on the Capitol … that there would be 13 people arrested.”

Rep. Tim Ryan, D-Ohio, suggested there could be leadership changes at the Capitol police.

“I think it’s pretty clear that there’s going to be a number of people who are going to be without employment very, very soon because this is an embarrassment both on behalf of the mob, and the president, and the insurrection, and the attempted coup, but also the lack of professional planning and dealing with what we knew was going to occur,” Ryan said. 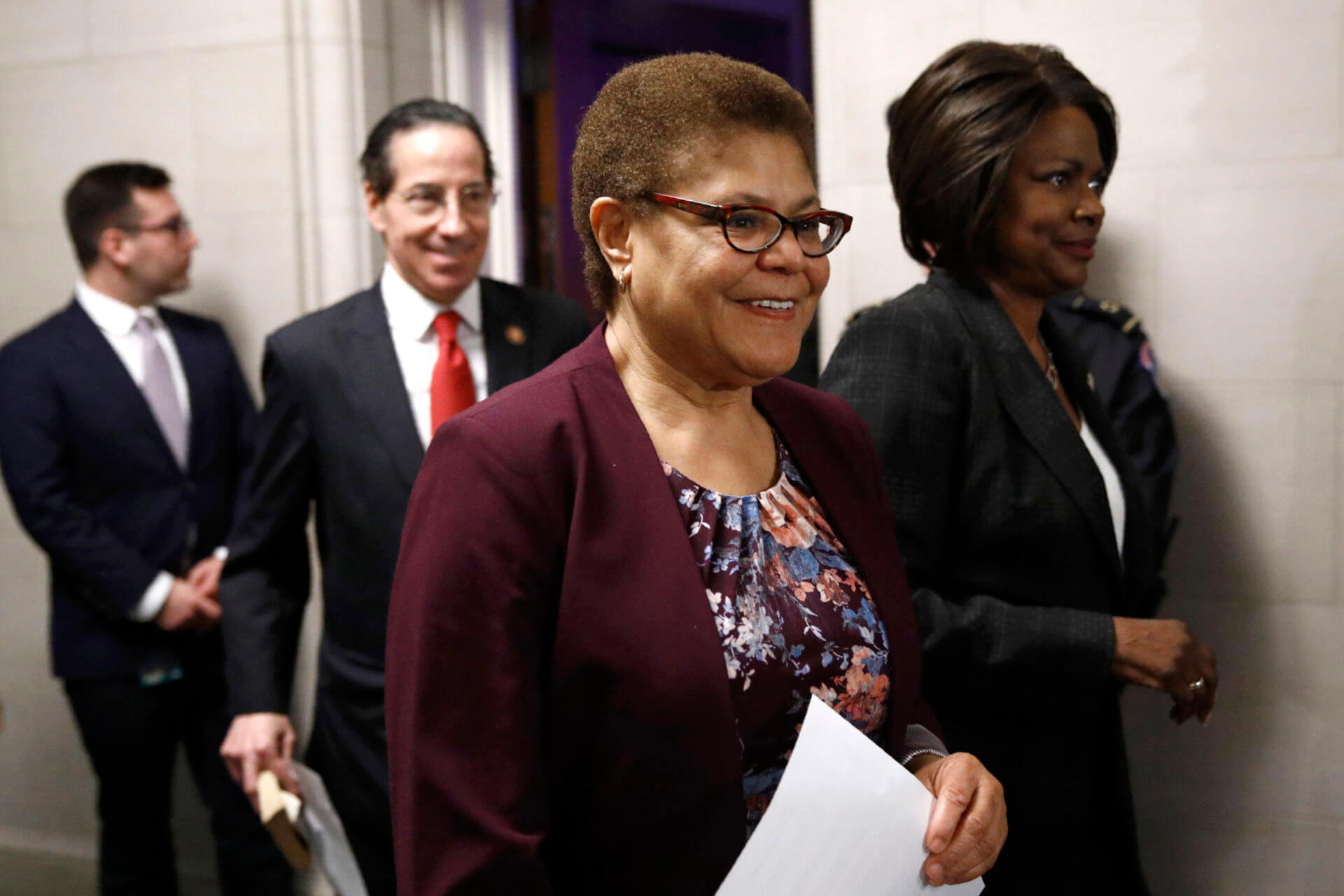 FILE - In this Dec. 9, 2019, file photo Rep. Karen Bass, D-Calif., center, walks out of a hearing room with Rep. Jamie Raskin, D-Md., second from left, and Rep. Val Demings, D-Fla., right, during a break as the House Judiciary Committee hears investigative findings in the impeachment inquiry of President Donald Trump on Capitol Hill in Washington. “Everything resides on Jan. 5 and whether or not we win those Senate seats,” Bass said. “If we do not win those Senate seats, then it is not going to be the full-force, full agenda that all of us would like to see take place.” Bass said President-elect Joe Biden could run into similar challenges President Barack Obama faced from a Republican-majority Senate that stalled much of his agenda. (AP Photo/Patrick Semansky, File)
MORE NEWS