DALLAS (AP) — Lawyers representing the white former Dallas police officer convicted of murder for killing her unarmed black neighbor have filed a notice to appeal her conviction and sentence.

Amber Guyger fatally shot Botham Jean in his apartment September 2018, saying she mistook his apartment for her own and thought he was an intruder. Last month, Guyger was convicted of murder and sentenced to 10 years in prison. 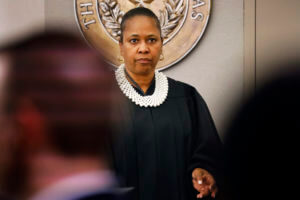 Kemp scheduled an Oct. 31 hearing for Creuzot because he did an interview about Guyger’s case with KDFW-TV when gag rule was ordered.