HARTFORD, Conn. (AP) — A former Connecticut state representative pleaded guilty Tuesday in connection with the theft of more than $1.2 million in federal coronavirus relief funds from the city of West Haven, using some of the money for gambling at a casino, according to prosecutors. 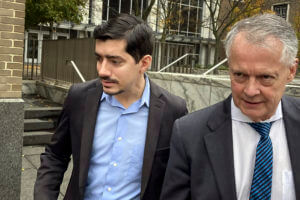 At the time of the theft, DiMassa was both a state representative and an aide to the West Haven City Council. Prosecutors alleged he used his city position, which had authority to approve the reimbursement of COVID-19 expenditures, to steal the funds — some of which he spent at the Mohegan Sun Casino in eastern Connecticut.

DiMassa, 31, resigned from both positions after his arrest last year.

No sentencing date was set for DiMassa. The sentencing guideline range for the charges he pleaded guilty to is 41 to 51 months. He also will have to pay back the city for the amount of money he stole.

DiMassa, who remains free on a $250,000 bond, didn’t answer questions as he left the courthouse Tuesday. During the hearing, he said “Guilty” one time when asked how he was pleading to the three charges, and said “Yes, your honor” and “No, your honor” while answering a series of questions from Judge Omar Williams.

After the hearing, his lawyer, John Gulash Jr., declined to answer questions about why DiMassa pleaded guilty, why he stole the money and whether he will be apologizing, saying those answers will come at sentencing.

“As you heard in court, he readily admitted his wrongdoing and entered pleas to the appropriate charges,” Gulash said.

Bernardo also pleaded guilty to wire fraud and is scheduled to be sentenced later this month.

In a second scheme, DiMassa and another business owner, John Trasacco, conspired to submit fraudulent invoices from Trasacco’s companies to the city, netting nearly $432,000, Miller said.

Trasacco has pleaded not guilty to fraud charges and is slated to go on trial later this month.

The final conspiracy involved DiMassa and his wife, Lauren DiMassa, and the theft of nearly $148,000. Miller said. The couple submitted phony requests for payments related to a youth violence prevention program and its COVID-19-related expenses, and Lauren DiMassa received checks from the city, according to a federal grand jury indictment.

Lauren DiMassa pleaded guilty in July to wire fraud conspiracy and her sentencing is set for January.

The criminal cases brought scrutiny on West Haven officials and how the city spent more than $1 million it received in federal COVID-19 relief funds. An audit released in April indicated about 80% of the expenditures should not have been allowed.

In May, Gov. Ned Lamont approved a recommendation by a state board to place West Haven’s finances under greater state oversight. The city had previously been placed under state oversight because of budget deficit problems. 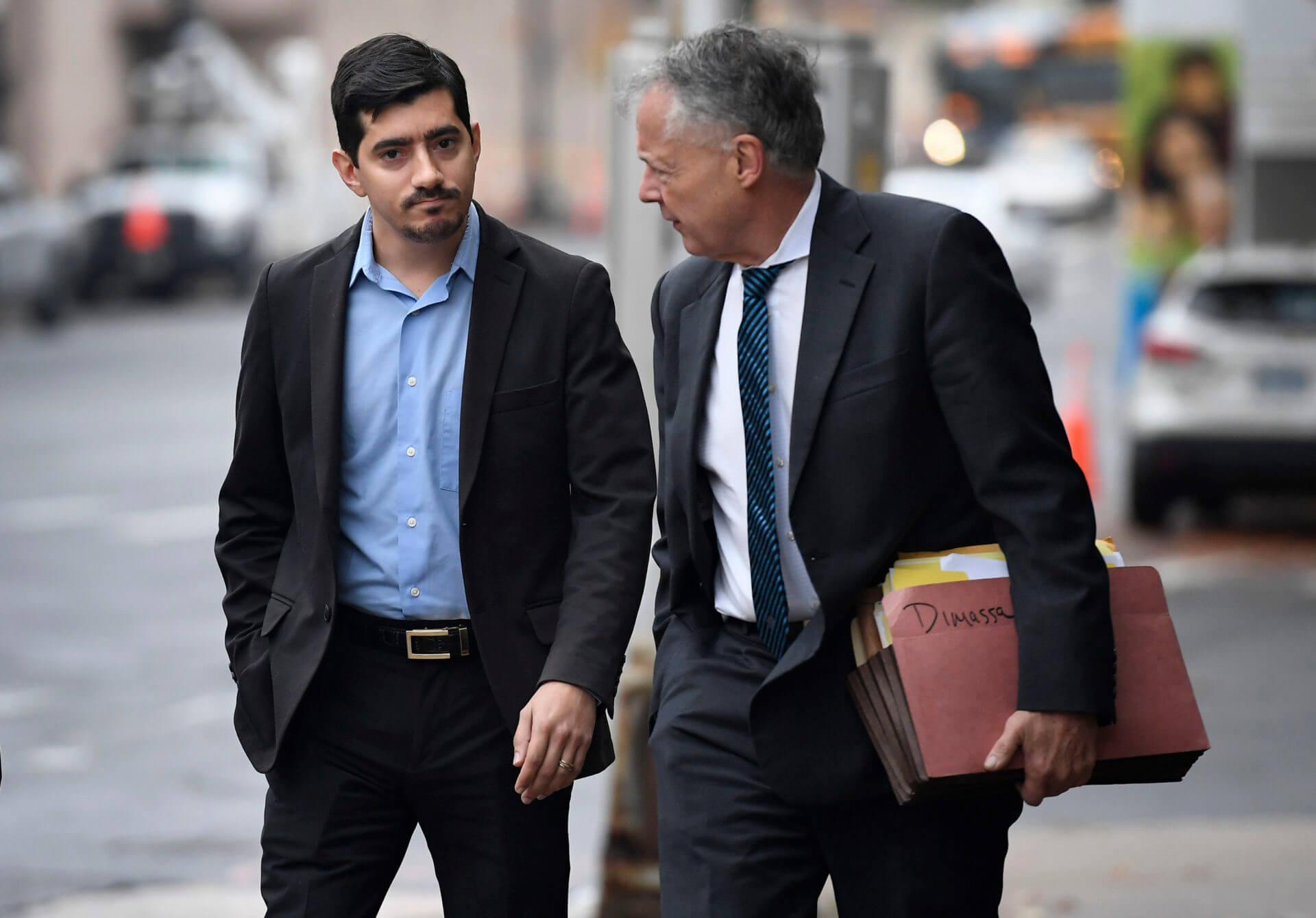 Former State Rep. Michael DiMassa, left, arrives at US District Court in Hartford with his attorney John Gulash, Tuesday, Nov. 1, 2022. DiMassa is accused of stealing federal COVID relief money by billing the city of West Haven, where he also worked as an aide to the City Council, for pandemic related consulting services that federal officials said he never performed. (Jessica Hill/Hartford Courant via AP)
MORE NEWS