AUSTIN, Texas (AP) — A manhunt for a former Texas sheriff’s deputy suspected in the fatal shooting of three people in Austin ended Monday when authorities said he was arrested without incident about 20 miles (32 kilometers) from the scene of the weekend attack.

Prosecutors said they would pursue capital murder charges against Stephen Broderick, 41, who was being held without bail at the Travis County jail. 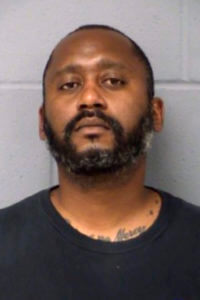 A school district near Austin said the victims in Sunday’s shooting included both a high school football team captain and another student who was enrolled in an early college program before leaving last fall.

Officers found Broderick, 41, along a rural road around shortly after sunrise in Manor, an Austin suburb, after receiving reports of a suspicious person matching the description of the suspect in Sunday’s shooting, Manor Police Chief Ryan Phipps said. He said Broderick had a loaded pistol in his waistband.

The shooting happened around noon Sunday at an apartment complex in a popular shopping area known as the Arboretum. Authorities sent active shooter alerts on social media, unnerving Austin residents at a time when the U.S. has been wracked in recent weeks by mass killings.

A heavy presence of police swarmed the area, a busy Austin highway was closed in both directions and police told residents to shelter in place as they looked for the suspected shooter. As the manhunt got underway, police later said they did not believe the suspect was targeting random people but urged residents to remain vigilant.

Broderick had been previously arrested on charges related to sexual assault against a child, Travis County District Attorney José Garza said. Court records show that a protective orders had previously been filed against Broderick.

It was not immediately clear whether Broderick had an attorney.

Authorities had not released the identities of those killed Sunday. But Jodi Duron, superintendent of the Elgin Independent School District near Austin, said the victims included Alyssa Broderick and Willie Simmons III.

Duron said Broderick was an “excellent student and athlete” who was on the basketball team and had been in Elgin schools for a decade before leaving last fall. Simmons was a senior at Elgin High School, where he was the football team captain and had been recently recruited to play at the University of North Texas next year.

Omasha Brantley coached both teenagers at Elgin High School and said they excelled both in and out of the classroom.

“She was an early college student, Willie was an A-B student,” Brantley said. “Those were kids you would just go look for every day.”

Interim Austin Police Chief Joseph Chacon said the shooting victims were two women and a man. Chacon said Broderick knew the victims, but didn’t elaborate on how or provide a motive for the shootings.

Sheriff’s spokeswoman Kristen Dark told the Austin American-Statesman that Broderick, a property crimes detective, resigned after the arrest on charges of sexual assault of a child last June. The newspaper also reports that Broderick’s wife filed for a protective order and divorce shortly after his arrest.