MADISON, Wis. (AP) — Vandals struck an anti-abortion group office, where a fire broke out and a Molotov cocktail was found, authorities said Sunday.

Madison police spokeswoman Stephanie Fryer told the Wisconsin State Journal that the fire reported shortly after 6 a.m. Sunday at the Wisconsin Family Action office in Madison was suspicious in nature. He said someone also spray-painted a message outside the building. Federal officials and the Madison Fire Department are helping with the investigation. 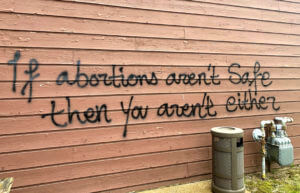 Threatening graffiti is seen on the exterior of Wisconsin Family Action offices in Madison, Wis., on Sunday, May 8, 2022. The Madison headquarters of the anti-abortion group was vandalized late Saturday or early Sunday, according to an official with the group. (Alex Shur/Wisconsin State Journal via AP)

No one was injured, and officials were still working to determine how much damage the fire caused.

It wasn’t immediately clear who vandalized the building, but the message “If abortions aren’t safe then you aren’t either” was spray-painted on the building.

“It appears a specific non-profit that supports anti-abortion measures was targeted,” Madison Police Chief Shon Barnes said in a statement.

The president of the lobbying group, Julaine Appling, said she considers the fire a “direct threat against us” given that it happened just a few days after a draft of a U.S. Supreme Court opinion was leaked suggesting the court may soon overturn the Roe v. Wade decision that legalized abortion in this country. She said people could have been hurt if they had been working in the office at the time.

“This is the local manifestation of the anger and the lack of tolerance from the pro-abortion people toward those of us who are pro-life,” Appling said, who said investigators found the remnants of at least one Molotov cocktail.

Appling said her group won’t be intimidated by the vandalism.

“We will repair our offices, remain on the job, and build an even stronger grassroots effort,” Appling said. “We will not back down. We will not stop doing what we are doing. Too much is at stake.”

“We condemn violence and hatred in all forms, including the actions at Wisconsin Family Action in Madison last night,” Evers said in a tweet. “We reject violence against any person for disagreeing with another’s view. Violence is not the way forward. Hurting others is never the answer.” 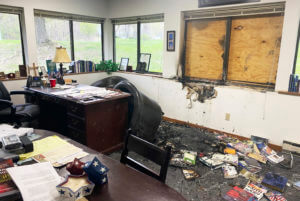 Damage is seen in the interior of Madison’s Wisconsin Family Action headquarters in Madison, Wis., on Sunday, May 8, 2022. The Madison headquarters of the anti-abortion group was vandalized late Saturday or early Sunday, according to an official with the group. (Alex Shur/Wisconsin State Journal via AP)

“This attack is abhorrent and should be condemned by all,” Johnson said.

“I am committed to protecting women’s rights – but we must do it the right way,” Nelson said. “Violence and destruction are not the answer. I’m glad no one was hurt.”

Nicholson said the vandalism was “disgusting behavior from the left,” though he did not elaborate or provide further details. 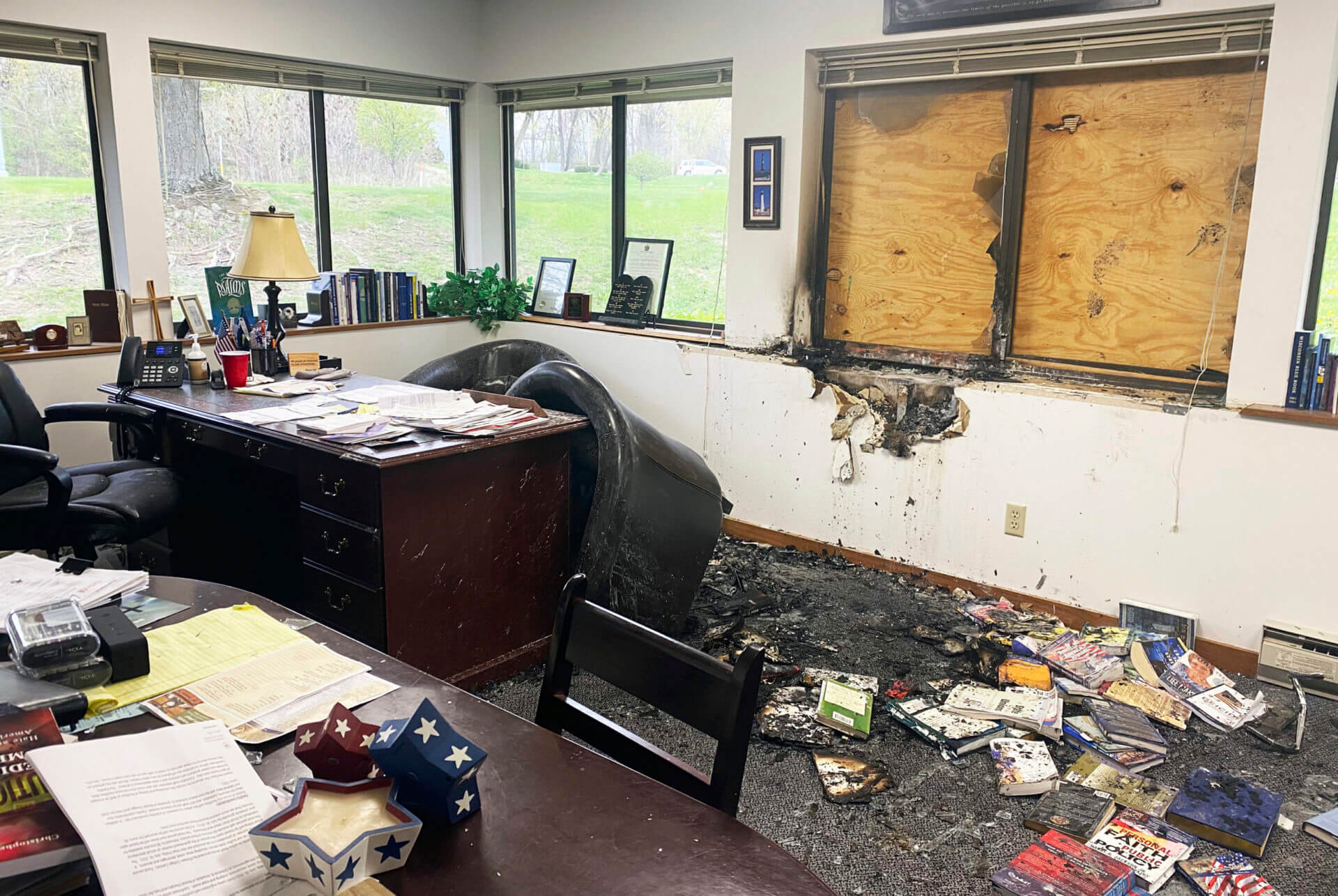 Damage is seen in the interior of Madison's Wisconsin Family Action headquarters in Madison, Wis., on Sunday, May 8, 2022. The Madison headquarters of the anti-abortion group was vandalized late Saturday or early Sunday, according to an official with the group. (Alex Shur/Wisconsin State Journal via AP)
MORE NEWS