WEST ALLIS, Wis. (WTMJ) — A former police sergeant has been charged with four counts of possession of child pornography, the Wisconsin Department of Justice announced. 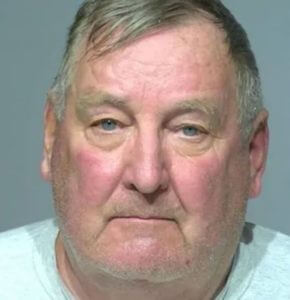 Robert Reynolds, 73, was arrested in West Allis, Wisconsin on Tuesday, Nov. 22 after law enforcement executed a search warrant at his home.

Investigators questioned Reynolds, who told them he habitually viewed child pornography and said as long as he stops viewing it, then it’s “no harm, no foul.” A criminal complaint said Reynolds believed because he didn’t save the images, he wasn’t committing a crime.

When police spoke to Reynolds’ wife, she told them Reynolds was always on the computer but she thought he was playing solitaire. She said she only uses the computer to buy Christmas gifts.

The criminal complaint says Reynolds had viewed partially nude photos of young, from toddlers to girls between 10 and 12 years old.

Reynolds was taken into custody and had his initial appearance on Nov. 25, 2022.

This story was originally published Dec. 1, 2022 by WTMJ in Milwaukee, an E.W. Scripps Company.