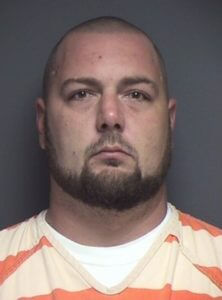 At approximately 3:45 p.m., officers responded to the area for a service call of an abduction in progress. Deputies were alerted by dispatchers that the father of two young children was tailing the suspect who had just forcibly removed the children from his home.

The suspect stopped his car in a neighboring business parking lot after failing to stop for a short distance. When deputies approached Schultz, he refused to obey their directions and got out of his car and opened his backdoor to deploy a Rottweiler dog to his side.

Deputies were able to identify one of the children in the backseat when Schultz unlocked the door to let the dog out.

FCSO Patrol Operations assistant Commander Lt. Jason Deater praised the deputies’ prompt response and apprehension of the suspect, saying it saved this from becoming a more traumatic situation for the kids.

“The quick response and interception of the suspect by our deputies prevented this from being a further traumatic situation for the children,” said Lt. Jason Deater, FCSO Patrol Operations assistant commander. “The attempted abduction was quickly resolved, and the children were expeditiously and safely reunited with their family.”

This story was originally published Feb. 27, 2022, by WMAR in Baltimore, an E.W. Scripps Company.