MONTEREY PARK, Calif. (AP) — Authorities searched for a motive for the gunman who killed 10 people at a Los Angeles-area ballroom dance club during Lunar New Year celebrations, slayings that sent a wave of fear through Asian American communities and cast a shadow over festivities nationwide. 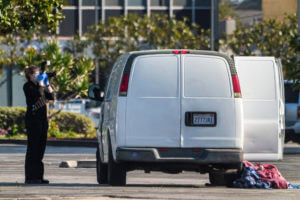 A forensic photographer takes pictures of a van’s window and its contents in Torrance, Calif., Sunday, Jan. 22, 2023. A mass shooting took place at a dance club following a Lunar New Year celebration, setting off a manhunt for the suspect. (AP Photo/Damian Dovarganes)

The suspect, 72-year-old Huu Can Tran, was found dead of a self-inflicted gunshot wound on Sunday in the van that authorities say he used to flee after being prevented from attacking another dance club. The New York Times reported that a man whose family runs that venue wrested the gun from the assailant.

The massacre in Monterey Park was the nation’s fifth mass killing this month — and it struck one of California’s largest celebrations of a holiday observed in many Asian cultures, dealing another blow to a community that has been the target of high-profile violence in recent years.

It was also the deadliest attack since May 24, when 21 people were killed in an elementary school in Uvalde, Texas.

No other suspects were at large, according to Los Angeles County Sheriff Robert Luna. He said the motive remained unclear for the attack, which wounded 10 people, seven of whom were still hospitalized. Speaking at a Sunday evening news conference, the sheriff said he didn’t have their exact ages but that all of the people killed appeared to be over 50.

The suspect was carrying what Luna described as a semi-automatic pistol with an extended magazine, and a second handgun was discovered in the van where Tran died.

Monterey Park Police Chief Scott Wiese said Sunday evening that within three minutes of receiving the call, officers arrived at the Star Ballroom Dance Studio in Monterey Park. There, they found carnage inside and people trying to flee through all the doors.

“When they came into the parking lot it, was chaos,” Wiese said.

About 20 to 30 minutes after the first attack, the gunman entered the Lai Lai Ballroom in the nearby city of Alhambra. But, Luna said, two people wrested the weapon away from him.

The Times reported that after the gunman entered the club, he pointed his weapon at Brandon Tsay, who works a few days a week at the venue his grandparents started. Tsay said he acted on instinct, lunging to grab the gun after getting the feeling the gunman was looking to hurt people. The two struggled before Tsay said he got control of the weapon.

While police said more than one person was involved, Tsay and his family said security footage showed that the 26-year-old computer coder prevented further tragedy alone.

Witnesses said the suspect then fled in a white van. 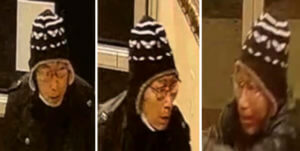 This combination image created using photos provided by the Los Angeles County Sheriff’s Department shows a male suspect allegedly involved in a shooting on Saturday, Jan. 21, 2023, in Monterey Park, Calif. Authorities have identified the suspect as 72-year-old Huu Can Tran and say that Tran was found dead of a self-inflicted gunshot wound in the van he used to flee after people thwarted his attempt at a second shooting. (Los Angeles County Sheriff’s Department via AP)

The van was found in Torrance, another community home to many Asian Americans, about 22 miles (35 kilometers) from that second location.

After surrounding the vehicle for hours, law enforcement officials swarmed and entered it. A person’s body appeared to be slumped over the wheel and was later removed. Members of a SWAT team looked through the van’s contents before walking away.

The sheriff’s department earlier released photos of an Asian man believed to be the suspect, apparently taken from a security camera.

“The community was in fear thinking that they should not go to any events because there was an active shooter,” Chu said, speaking at Sunday’s news conference.

“What was the motive for this shooter?” she said. “Did he have a mental illness? Was he a domestic violence abuser? How did he get these guns and was it through legal means or not?”

Monterey Park is a city of about 60,000 people on the eastern edge of Los Angeles and is composed mostly of Asian immigrants from China or first-generation Asian Americans. The shooting happened in the heart of its downtown where red lanterns decorated the streets for the Lunar New Year festivities. A police car was parked near a large banner that proclaimed “Happy Year of the Rabbit!”

The celebration in Monterey Park is one of California’s largest. Two days of festivities, which have been attended by as many as 100,000 people in past years, were planned. But officials canceled Sunday’s events following the shooting.

Tony Lai, 35, of Monterey Park was stunned when he came out for his early morning walk to learn that the noises he heard in the night were gunshots.

An Associated Press/USA Today database on mass killings in the U.S. shows that 2022 was one of the nation’s worst years with 42 such attacks — the second-highest number since the creation of the tracker in 2006. The database defines a mass killing as four people killed, not including the perpetrator.

California Gov. Gavin Newsom visited Monterey Park on Sunday, meeting with victims and their families as well as local officials.

President Joe Biden and Attorney General Merrick Garland were briefed on the situation, aides said. Biden said he and first lady Jill Biden were thinking of those killed and wounded. 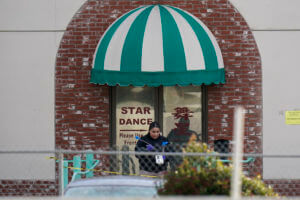 An investigator carries markers outside Star Dance Studio in Monterey Park, Calif., Sunday, Jan. 22, 2023. A mass shooting took place at the dance club following a Lunar New Year celebration, setting off a manhunt for the suspect in the fifth mass killing in the U.S. this month. (AP Photo/Jae C. Hong)

The Star Ballroom Dance Studio’s website said it was hosting an event Saturday called “Star Night” from 8 p.m. to 11:30 p.m. The studio is a few blocks from city hall on Monterey Park’s main thoroughfare of Garvey Avenue, which is dotted with strip malls of small businesses whose signs are in both English and Chinese. Cantonese and Mandarin are both widely spoken, Chinese holidays are celebrated and Chinese films are screened regularly in the city.

Wynn Liaw, 57, who lives about two blocks from the Monterey Park studio, said she was shocked that such a crime would happen, especially during Lunar New Year’s celebrations.

“Chinese people, they consider Chinese New Year very, very special” — a time when “you don’t do anything that will bring bad luck the entire year,” she said. 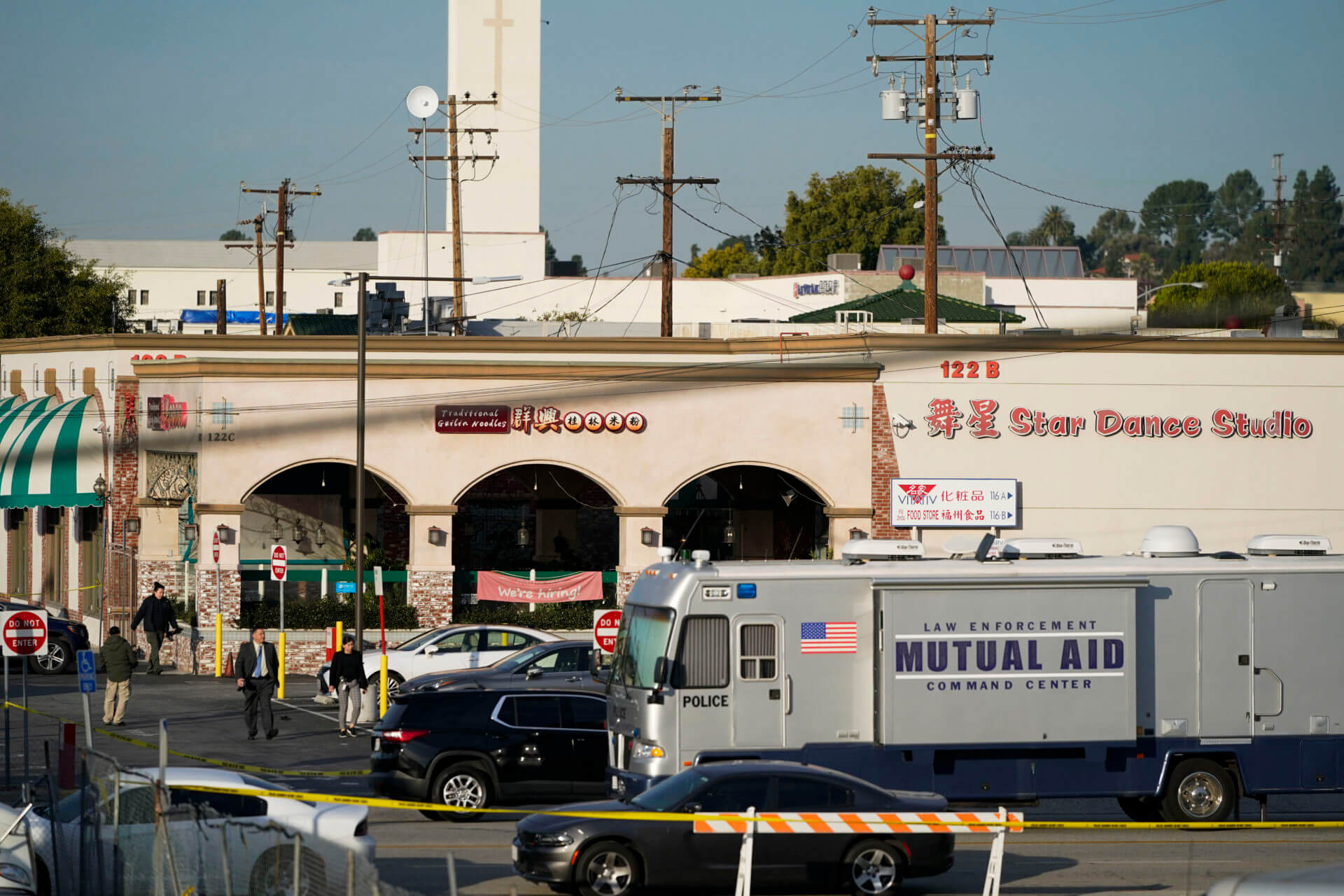